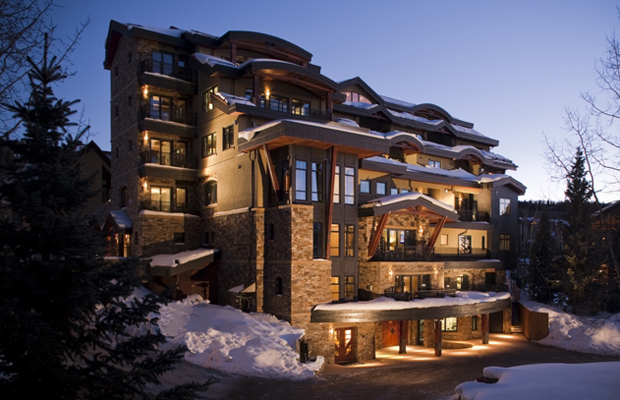 I wouldn’t be a travel journalist if I didn’t know the pull of Conde Nast Traveler as a go-to guide for discerning travellers with cashed-up wanderlust in their eyes. If ‘the travel bible’ gives the tick of approval, then you know where you are going is going to be good.

Lumière Hotel in Telluride has been lauded by Conde Nast on numerous occasions. First they were rated the number one place to stay and ski in North America, then they ranked number four in the Top 40 resorts in the west and then Conde Nast Traveler readers nominated them number one for best places to ski and stay in North America.

Forbes got in on the act in with another glowing review calling Lumiere a ‘hidden gem’ that ‘offers a superior experience’ and TripAdvisor rates Lumière number one of 18 hotels in Telluride. 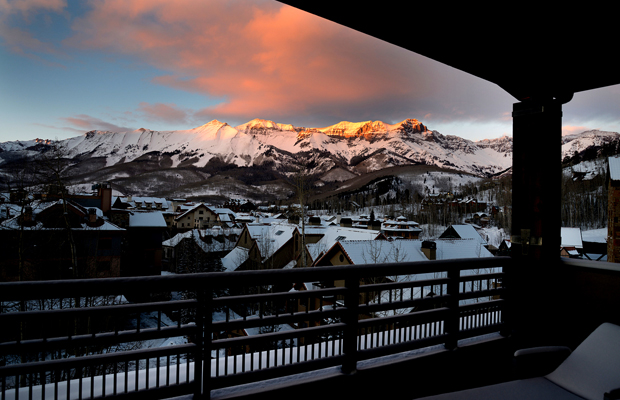 Lumière doesn’t have the heritage of The New Sheridan on Main Street nor the action of The Madeline in the purpose-built Mountain Village square. Instead it sits slope side in the Mountain Village with a coveted ski-in, ski-out position, tucked away in a quiet nook that oozes serenity.

Think of it as that calm person with style that draws in a gaze of green eyes at a party. You know the one, they’re so comfortable in their own skin they don’t have to tap dance around the room saying “please like me”. I’ve always wanted to be that kind of person, but instead go home with sore toes.

The hotel is unassuming upon arrival. Myself and my plus one, Mary Lou, arrived after dark thanks to delayed flights and detours because of a mammoth powder storm that hit the San Juan mountain range in South West Colorado the day we were due in. This was – despite the bags under the eyes – a good thing, because it meant supreme skiing conditions and then some.

There is no grand lobby at Lumière, instead you’ll find a simple door tucked in the side of an exposed stone wall with a wooden chaise lounge, cow hides and cowboy chic nonchalantly put together for those wishing to take a load off while they wait for the glass elevator to take them upstairs. We fear if we sit we’ll never get back up so we leave the lounging for later.

Check in is done at a desk, the kind you’d find in a landed gentry study, and next to a fire place that glows with welcome. There’s arrival champagne offered but declined for fear that once we start we won’t stop and we are really just coveting two beds and hoping for keys to our twin room.

Instead we’re taken skywards in an elevator to the seventh floor and opens into a two bedroom penthouse apartment that folks at Lumière like to call ‘an upgrade’ but my plus one and I call winning Lotto. To top it off the deck with hot tub has over a foot of fresh snow with more piling on top as flakes continue to fall from the sky. 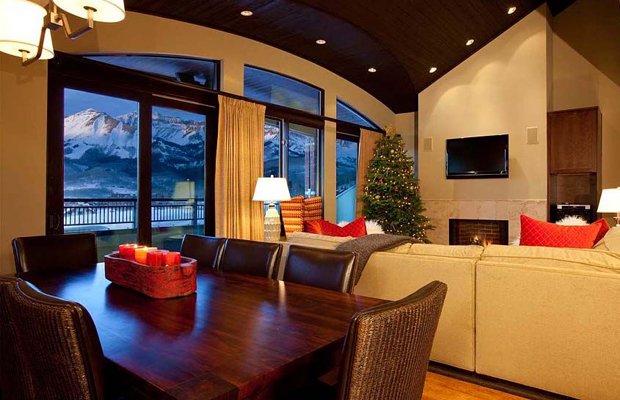 Lumiere has 11 hotel rooms and 18 one- to five-bedroom apartments including a number of penthouses. The retreat has The Little Bar intimate dining and bar experience for afternoon après and tapas dinners, an in-house ski valet, concierge and  service, service, service.

The General Manager, Clare Afman and her Assistant General Manager, husband Bas, are what make Lumière so special. Between them they have worked at all the big name luxe brands including Six Senses, Sofitel and Four Seasons so they know their stuff. Team members working in Lumière clearly enjoy their job and have an intuition of guest’s needs long before the guest even knows what they are.

We’re bedding down in one of the hotel’s penthouses. If you know your kitchen appliances then you would be salivating over our Sub Zero fridge the size of my kitchen back home. There’s a Wolf gas burner should you feel so inclined to cook for yourself, or the crew can organise a private chef if you prefer. We just send concierge out for late-night burgers and quesadillas from the nearby pub for our first night instead.

Both bedrooms have ensuites, the master has direct access to the balcony as well as a steam shower and a deep bath tub with L’Occitane amenities. If the snow wasn’t looking so damn good we’d be forgiven for spending most of our time inside.

Not that we need to exert any energy even then. Greg from Black Tie Skis in Telluride manages the in-house ski valet exclusively for Lumiere guests and delivers our skis to the penthouse to adjust the bindings to our boots… Those same boots that will be stored and warmed ready to wear when we enter the valet room the next morning. 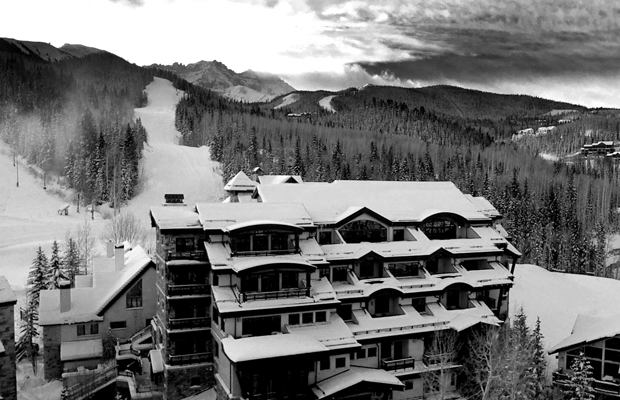 The box canyon town of Telluride is the gateway village for Telluride Ski Resort and is linked by a free gondola to the Mountain Village which has been built half way up the mountain. Guests that bed down in Mountain Village sleep at 2800 metres above sea level and anyone who has skied at altitude knows that rehydration and energy food are both a must.

Lumière’s chef provides both daily with a table of home-baked treats permanently set up and topped up throughout the day from shortbread cookies to chocolate brownies and cheesecake.

The best part of Lumière for people like me, dog lovers, is that the hotel is completely dog friendly so if you’re travelling with Fido he’ll be well catered for with dog treats, dog bed, dog walkers and more. If you don’t like dogs then Telluride really isn’t the ski town for you. The village is obsessed with canines, obsessed.

Of course you don’t have to be Stephen Hawking to figure out my verdict on Lumière Hotel. What’s a girl to say when she’s been treated like a rock star other than “Thank you very much, when can I check in again?” 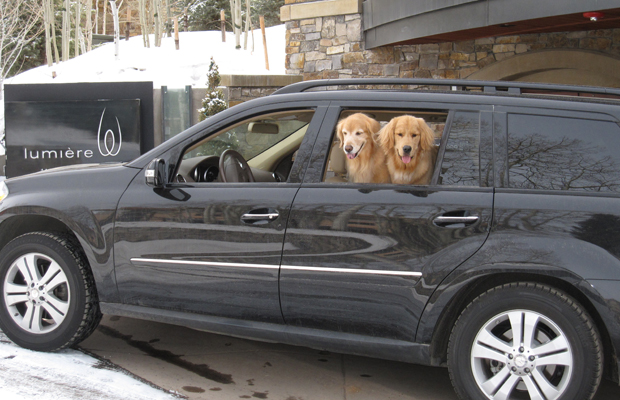 The 13 best luxury accommodations in Queenstown