Sail around the Caribbean with Wind Star

“You’ve never tasted nutmeg until you’ve tasted nutmeg from Grenada,” Budhi Thakur tells me as he picks up a handful of fresh seeds in the spice market of Grenada, a Caribbean getaway also known as the Spice Island. Not only are the seeds intoxicatingly fragrant, they’re wrapped in a red casing that that looks like hand-carved filigree, so beautiful you could imagine them used as beads on a necklace.

In fact, the locals here do just that, stringing nutmeg onto necklaces along with other spices that are grown on this verdant island — cinnamon, turmeric, allspice and cloves. Today, my daughter Lucy and I are exploring the legendary spice market with Thakur, the executive chef on Wind Star, a 148-passenger sailing yacht that’s part of the cruise line of the same name. Thakur offers to let us come along with him as he shops for ingredients such as mango, vanilla and star anise to use on his menus. We also visit the fish market, where he buys mahi mahi straight off the boat.

And that’s the beauty of sailing on a small ship like this. Unlike many lines, which have to buy all their provisions in bulk, the size of ships in the Windstar  fleet allows their chefs to create market-to-table dishes throughout the course of the journey and bring guests along for the experience. Wind Star’s small size (just 110 metres long) and shallow hull also allow her to get into tiny ports that are difficult for larger cruise ships to access. On the ‘Jewels of the Windward Islands’ itinerary, we start in Barbados, then make our way through St Lucia, Grenada and the Grenadines. These tiny islands are little gems that are strung along the easternmost Caribbean like beads on a very glamorous necklace.

Wind Star is known as a romantic ship for couples, but the warm and welcoming staff makes anyone feel at home, including my four-year-old daughter. One night, we meet a 30-something woman who is between jobs and travelling solo. Another night, we meet a big family from Vancouver doing a multi-generational trip with two boys near Lucy’s age. We also meet friendly couples from around the world.

By the end of the cruise, everyone is hanging out by the pool and at the beach and dining together at night. With just 74 staterooms, you quickly get to know your fellow passengers. I’ve been on plenty of big cruise ships, and I’ve never seen the kind of bonding that happens on Wind Star.

Another highlight is the accessibility you get to the top brass. Wind Star has an open-door policy on the bridge, which is a rarity in the cruise world. So whenever you want, you can stroll over to the ship’s command centre and visit with the crew and Captain Belinda Bennett, who is a superstar in cruising; she’s the first black female captain of a commercial cruise ship.

Back to the basics with classical romance

As cruise ships around the world continue to grow in size and spectacle, one-upping each other with flashy amenities — ice-skating rinks, bumper cars, ziplines, water parks — Wind Star is taking the opposite approach with its fleet of yachts. These ships embrace the classic romance of sailing the high seas. Wind Star is a four-masted sailboat with gleaming teak everywhere. You half expect to see Jackie Kennedy Onassis to come strolling around the corner.

There are just three restaurants: the airy Verandah on the top deck, which serves breakfast and lunch; the main dining room, where there’s no assigned seating, no dining times, and no reservations necessary (another rarity in the cruise world); and Candles.

Well, technically Candles isn’t even a restaurant: it’s an al fresco dining experience where the pool area is transformed every night into one of the loveliest dining venues you’ve ever seen with just a handful of tables set under the stars. The staterooms also feel like something out of another era, in the best way possible, with their teak accents and old-fashioned porthole windows that latch shut. But there are also modern amenities, such as plush beds with high-thread-count sheets, bathrooms with powerful showerheads, and flatscreen TVs, should you want to stay in your room and order room service (included in the rate).

The shore excursions Wind Star offers are as authentic and memorable as being on the ship herself, making sure passengers get the chance to have meaningful experiences everywhere they go and connect with the island culture. On Mayreau in the Grenadines, we have a beach barbecue, complete with a local steel-drum band; between courses, we explore the little island, which is home to just 271 residents and has one of the prettiest stone churches in the Caribbean, with views out to the other islands of the Grenadines. In St Lucia, we venture into the rainforest with a naturalist who takes us on an aerial ride over the treetops, giving us a glimpse of rare birds and plants.

One of my favourite stops is Bequia, a speck of an island that measures just 18 square kilometres and is known for artisans who build classic wooden boats (both fishing vessels and model ships). I’ve heard about this island for years, but have avoided going because it’s so hard to get to. Not on Wind Star. The ship moors offshore and sends guests in on tenders. You arrive right in the centre of the colourful main town. Head off in one direction, and within a few minutes you’re on Princess Margaret Beach, one of the whitest beaches in the Caribbean. Off in the other direction is Mac’s, a little open-air restaurant known for its lobster pizza. Captain Belinda tells us it’s one of her favourite places in the world. Just like sailing on Wind Star, having lobster pizza by the sea is a taste of paradise I will never forget.

6 celebrity hideaways to inspire your next trip

We escape the crowds of the Caribbean on a Hurtigruten cruise 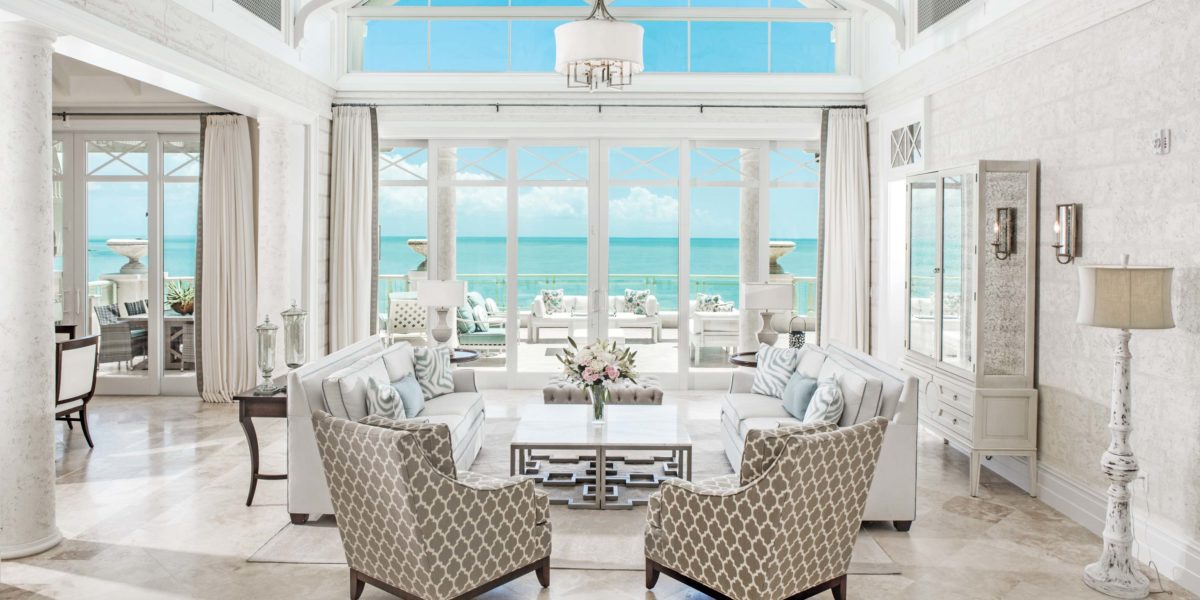 Island dreams in the Turks and Caicos Islands