From the heights of the Alps to the depths of Lake Baikal, Amelia Hungerford discovers the charm of the journey with two of the world’s most distinguished luxury trains.

From the grandeur of Moscow’s Red Square and the kaleidoscopic domes of St Basil’s Cathedral to the military port of Vladivostok on the Pacific Coast, a journey aboard the Golden Eagle Trans-Siberian Express is like no other. Crossing eight time zones and 10,600km in old imperial splendour, the Trans-Siberian spans other-worldly landscapes such as Lake Baikal (the deepest on earth) and the lace-carved buildings of the ‘Paris of Siberia’, Irkutsk. As a guest on board the Golden Eagle, you will even experience the steppe of Mongolia, once the centre of Genghis Khan’s magnificent empire.

Life aboard the Golden Eagle is one of decadent luxury. Russia’s only fully-ensuite private train allows you to enjoy the wild and remote scenery from the comfort of your cabin or with tours at each stop.

The Imperial Suites, Golden Eagle’s premium rooms, offer spacious accommodations, complete with king-sized bed, a dedicated sitting area and heated floors, as well as personal butler service. All guests benefit from the assistance of a cabin attendant offering a nightly turndown service and amenities from L’Occitane. Dining is an experience heartily infused with vodka, with a bar (and pianist) that has no set closing time. 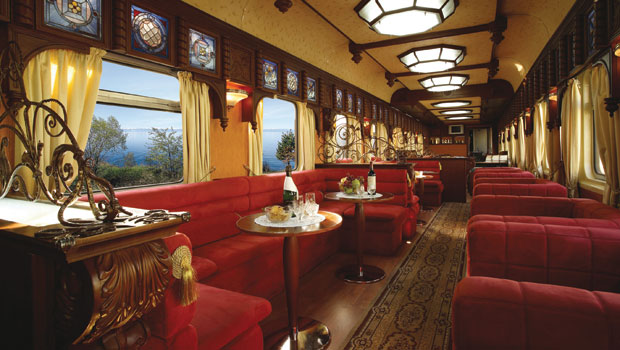 All aboard the Orient-Express

Snow blankets the ground and crowns the mountain peaks. The world is still as the Venice Simplon-Orient-Express, the flagship of the Belmond collection, winds its way through the Alps, following in the tracks marked out by the Grand Tours that defined travel’s Golden Age. Aboard this refined icon of luxury rail, guests are transported to an era of tuxedos and diamonds at the dinner table, surrounded by a mountainous environment that can truly be called sublime.

If ever a train has conjured images of opulence and intrigue, it is without doubt the Orient-Express. The legendary journey across Europe to Istanbul has been immortalised in book and film, and survives in the tradition of the Venice Simplon-Orient-Express. Each carriage has been impeccably restored to its former 1920s and 1930s glory, with endless wooden finishes polished to a high sheen. A personal steward will attend to your every need, as well as convert your double cabin from its day banquette to a luxurious duo of beds (upper and lower) with embroidered linen. Sumptuous set menus are included in your rate, or indulge with an à la carte menu in one of the three restaurant cars, each boasting unique 1920s flair and style. 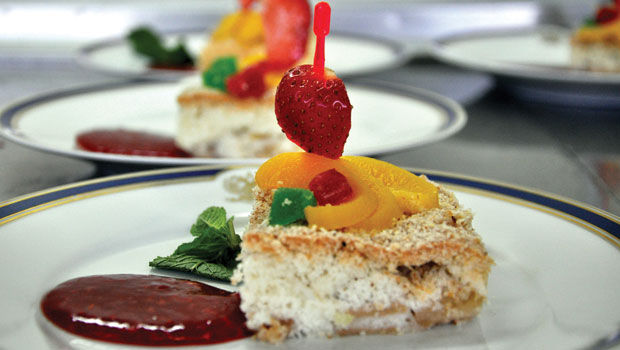 Among the pale blue classical figures etched into Lalique glass at Côte d’Azur, the English marquetry of Étoile du Nord and the black lacquer panels of L’Oriental, you will experience fresh seasonal dishes from head chef Christian Bodiguel, including a black cherry clafoutis to die for. (This may well be the case if you happen to find yourself in an Agatha Christie novel.)

The modern Orient-Express is best known for its London-Paris-Venice route (in association with the British Pullman), although it still makes the six-day iconic journey to Istanbul once a year, as well as visiting cities such as Budapest, Prague, Bucharest and Vienna. Prices for the two-night London to Venice journey start from $3080 per person.

What you will experience on the Grand Train Tour of Switzerl...

5 Silversea expeditions that cater for every discerning adve...