Challenge your own perception of what’s possible for your next sojourn with our top 25 most awe-inspiring experiences.

Join the migration of majestic white polar bears as they make their way over icy rivers and across the subarctic plains to the seal-rich waters of Hudson Bay in Manitoba, Canada. Tauck’s six-day BBC Earth trip will have you dog sledding and polar bear spotting on full-day excursions, and hunkering down in cosy Lazy Bear Lodge. 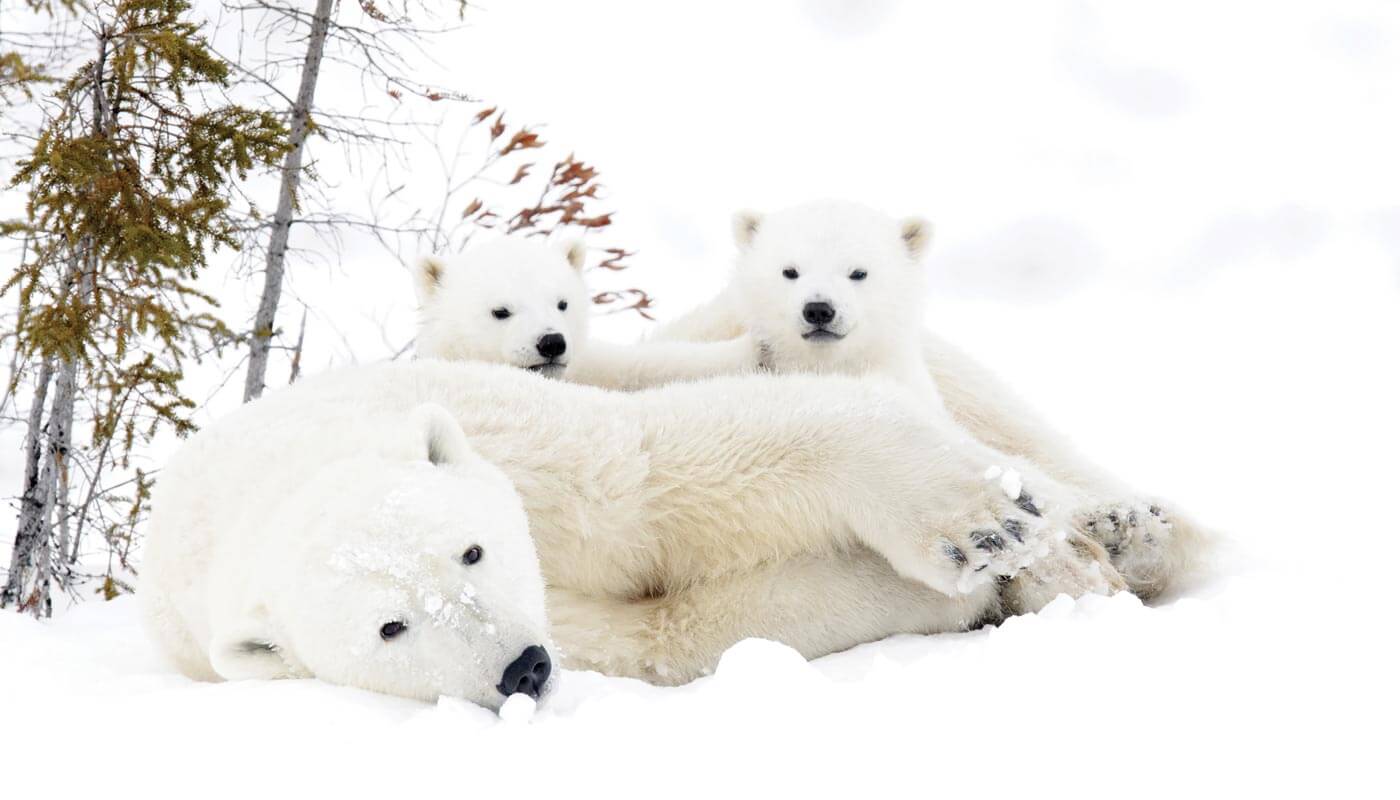 2. Voyage on the Amazon

Hapag-Lloyd’s new international expedition ship HANSEATIC inspiration will make its debut in October 2019, proving that genuine voyages of discovery are still possible, and in five-star comfort. As well as polar regions, she’ll cruise the Amazon, South America and Cape Verde. The 17-day Amazon voyages extend as far as Iquitos, Peru, a destination only able to be reached by small expedition ships. 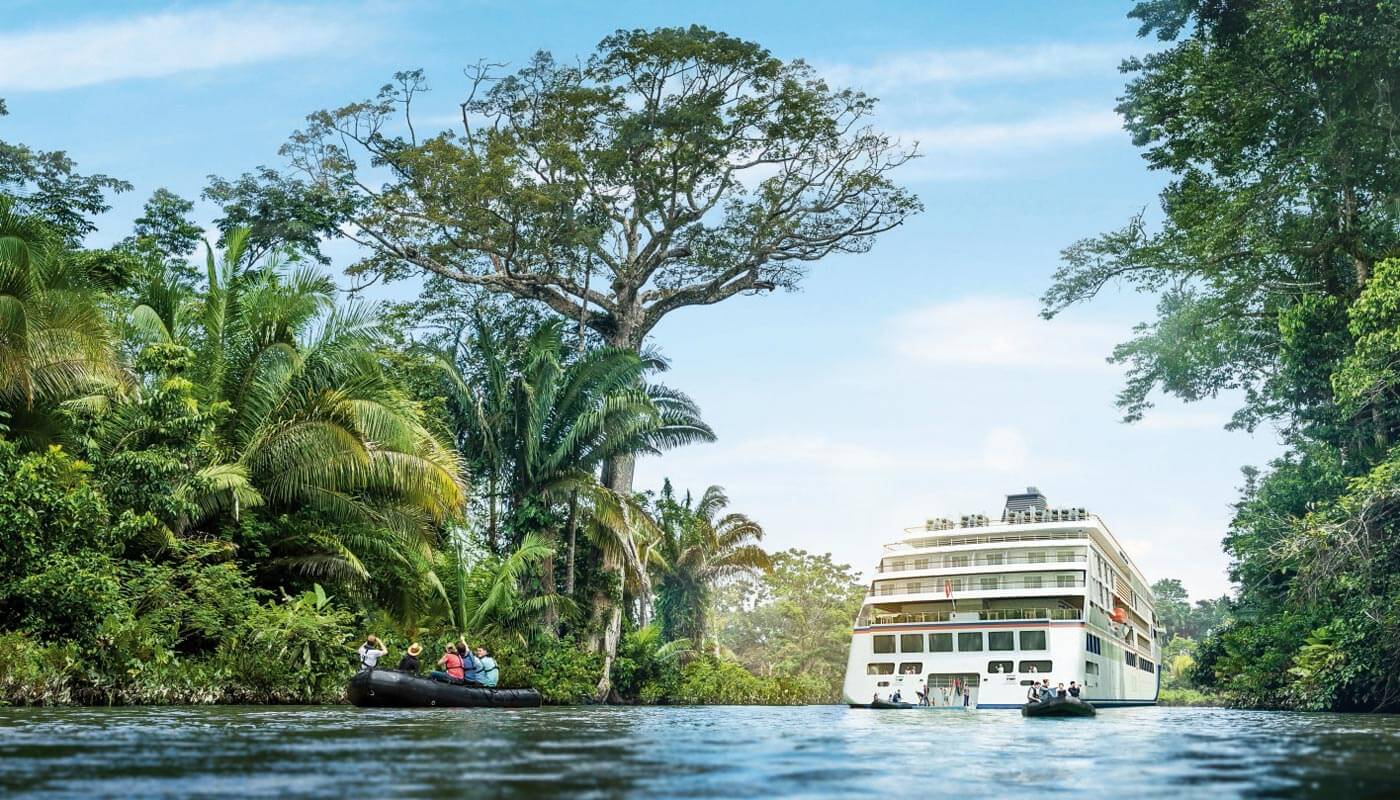 One doesn’t usually associate mountain climbing with luxury, but sign up for a nine- or 14-day trek with Adventure Consultants and you’ll conquer mighty Kilimanjaro in the highest degree of comfort available on the mountain. Your luggage and camping facilities are carried ahead by the porter staff and set up for your arrival at the end of each day, until you are rewarded on summit day with grandiose views looking out over the roof of Africa. 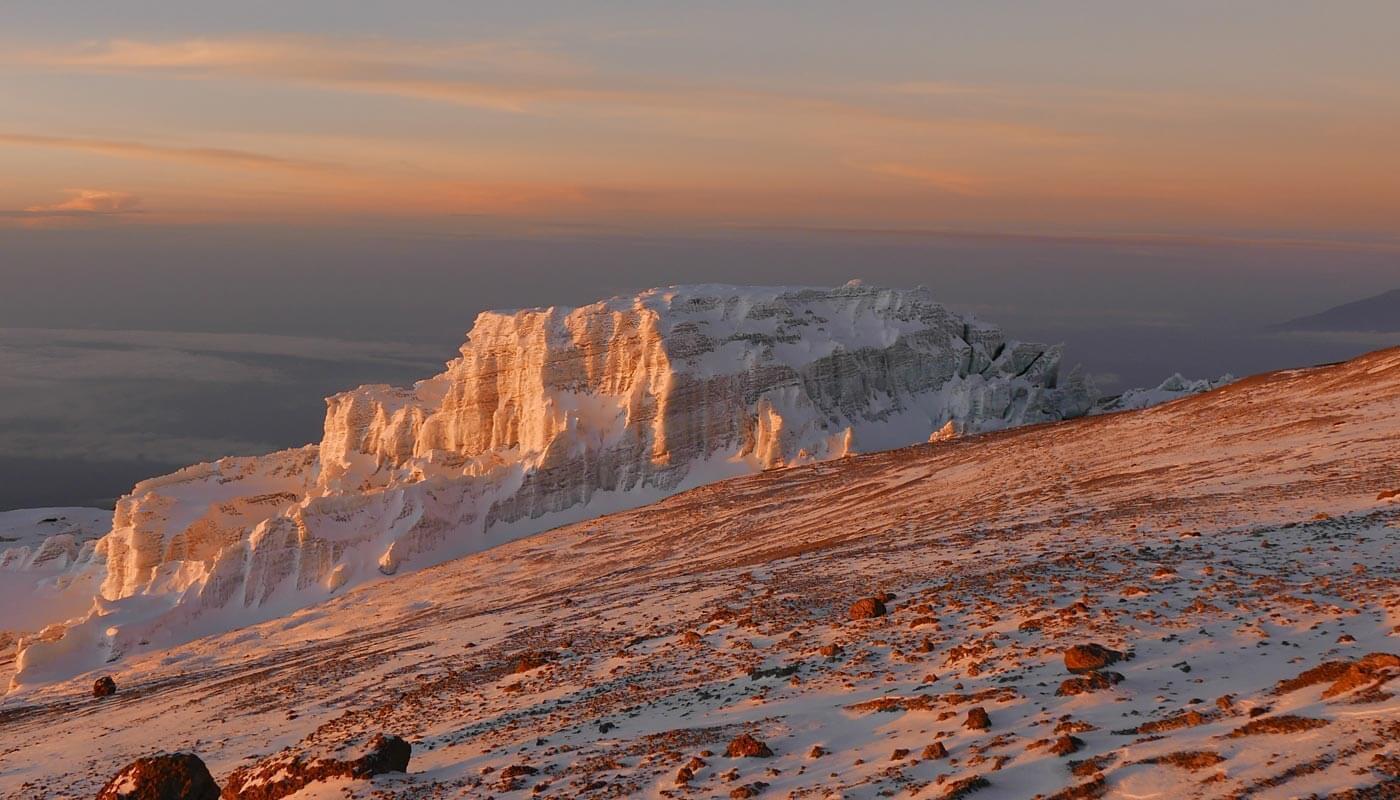 Luxury lodges, pristine settings and culinary treats await those lucky enough to join a nine-day Captain’s Choice private jet journey. Leaving from Sydney, you’ll fly south to Tasmania’s Saffire Freycinet Lodge before landing at Kangaroo Island’s Southern Ocean Lodge and then flying on to Uluru’s Longitude 131° for a taste of the Red Centre. 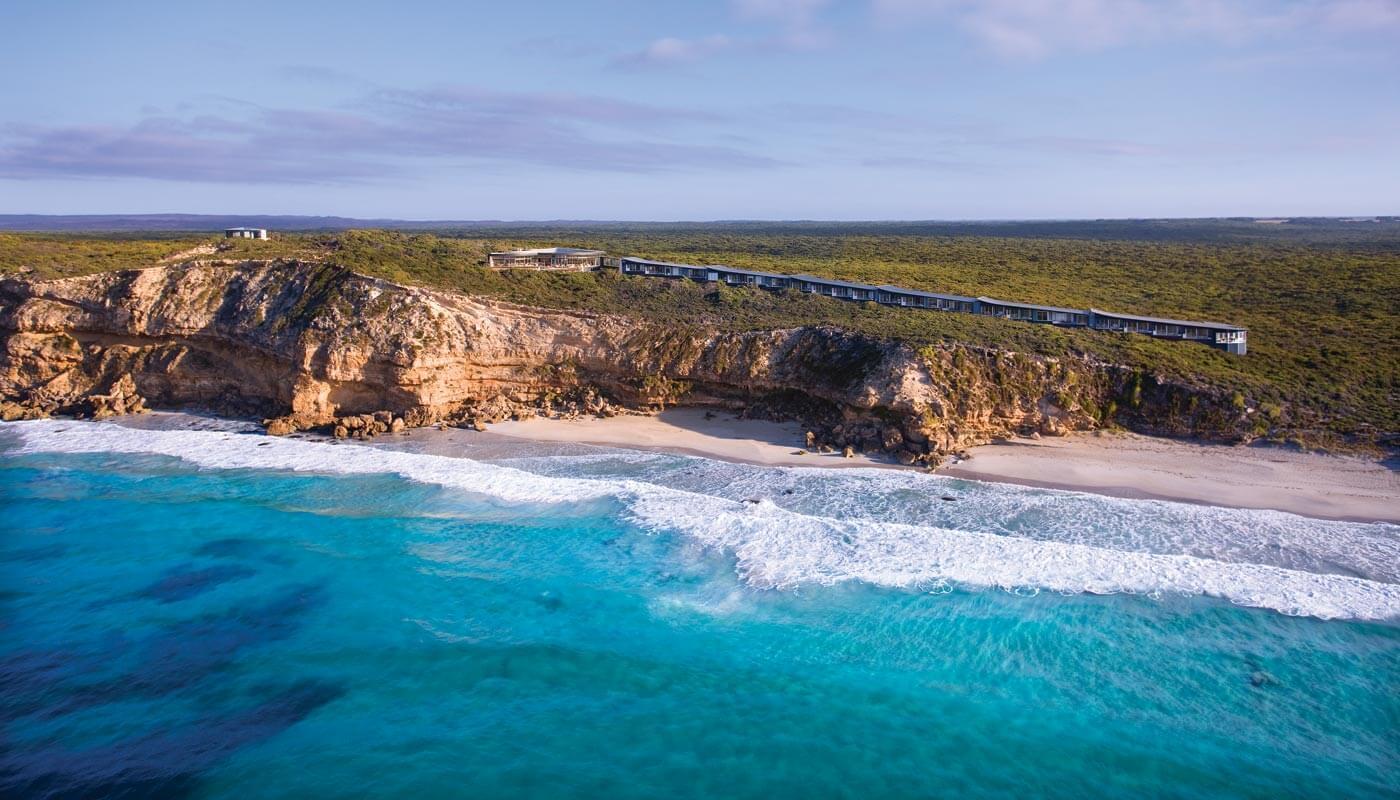 Averaging 10–15 kilometres a day over three to six hours, Bill Peach Journeys’ nine-day walking tour from Wellington via the Queen Charlotte track to Queenstown showcases some of the area’s most spectacular scenery. Active days are followed by indulgent nights in peaceful, gorgeous lodgings. 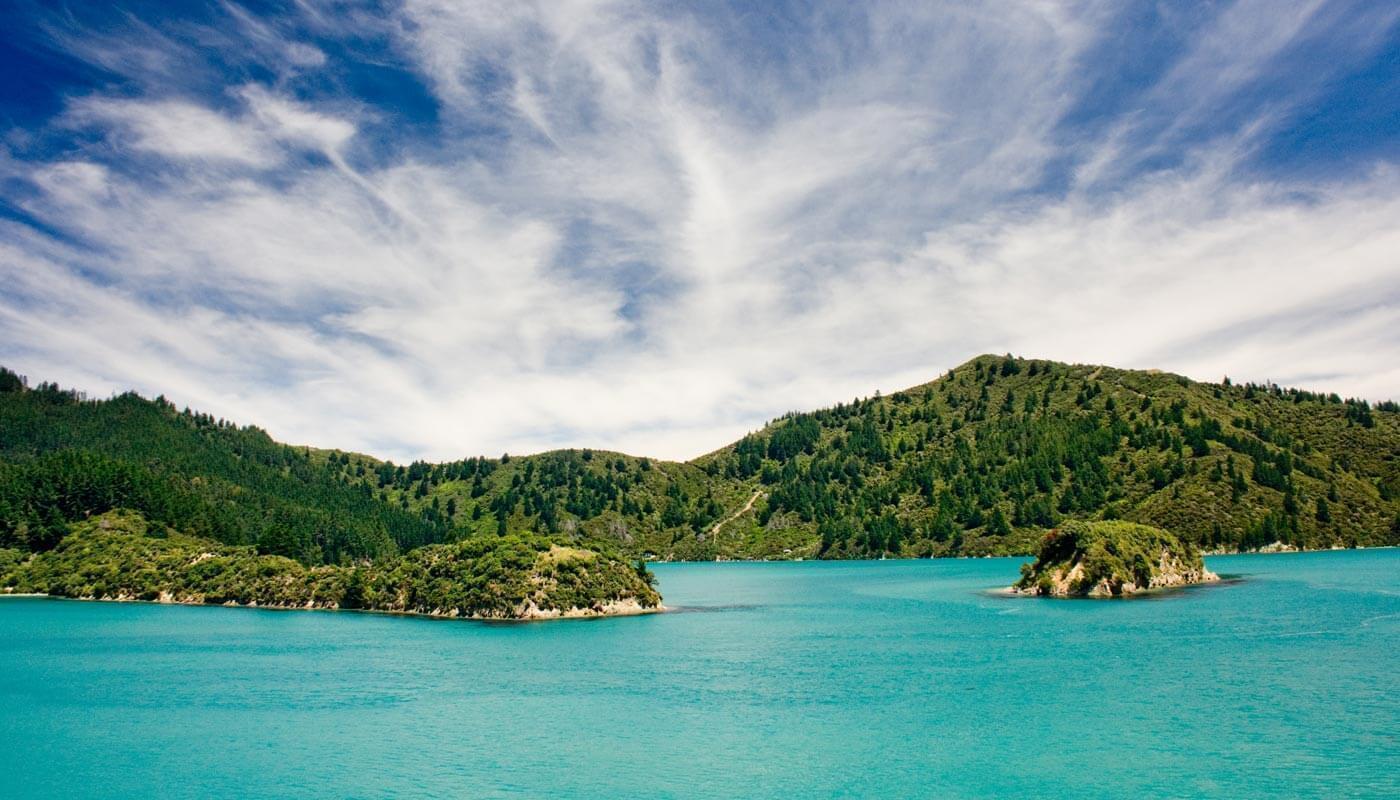 Step out of your comfort zone and into a helicopter that zips you and seven other guests to eight of the world’s eight-thousanders (peaks over 8000 metres). Wheeler Expeditions’ eight-day tour leaves from Kathmandu, flying peak to peak and touching down for yak-butter tea with Tibetan monks and a visit to the Nepalese Kingdom of Lo. 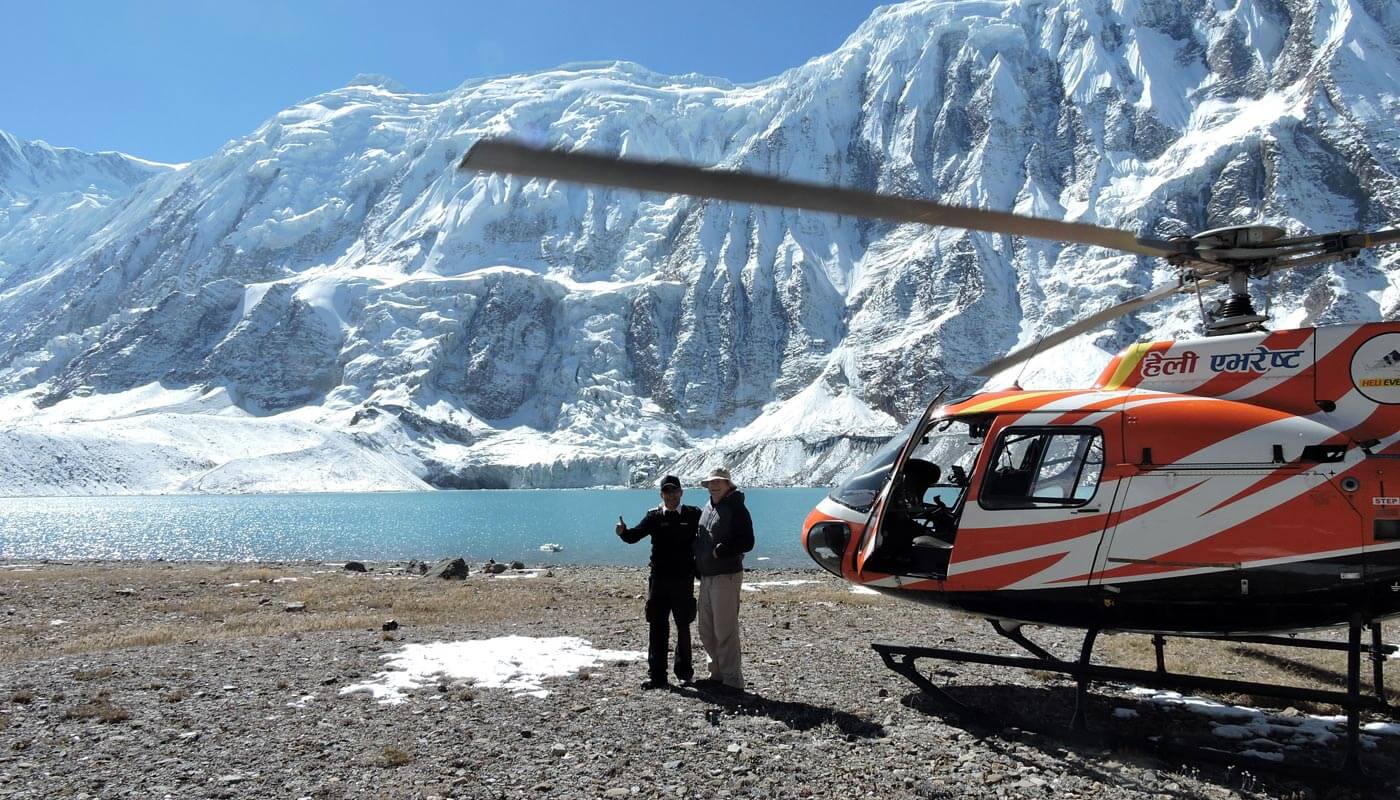 © Castiloga Ranch is set in a Californian canyon

The 18-day Persian Odyssey itinerary on board the Golden Eagle luxury train traces one of the most important trading routes of ancient civilisation between Moscow and Tehran: the Silk Road. You’ll explore sites rarely visited and gain a deep understanding of this fascinating part of the world. 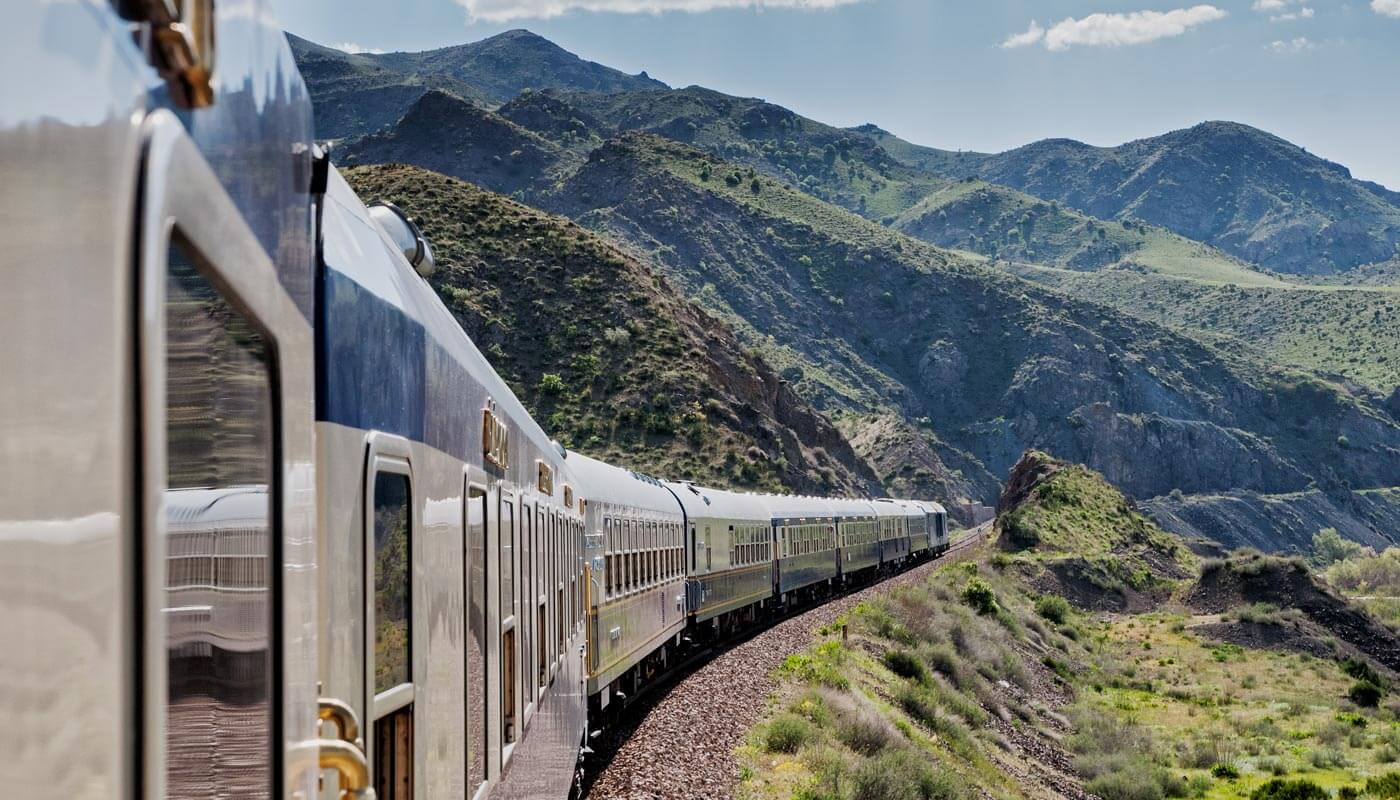 Take in some of the world’s greatest sites of antiquity on board the Oberoi Philae river ship, by private jet and from your base at one of several luxurious hotels on this unique 12-day tour that marks Lindblad Expeditions’ return to Egypt. You’ll travel with Egyptologist guides and a Lindblad Certified Photo Instructor. 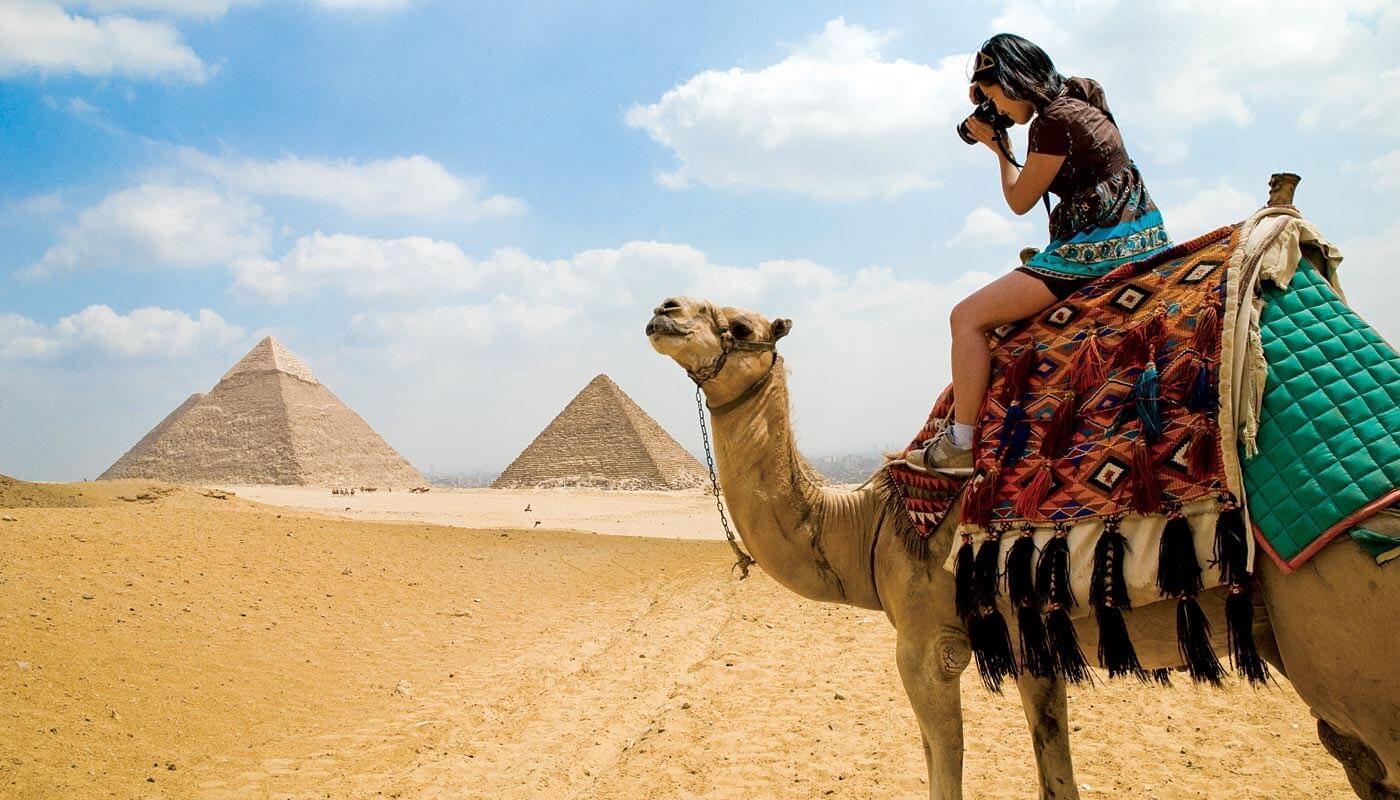 Take in the best of Africa aboard your own jet. From your first stop at Giraffe Manor in Nairobi, andBeyond’s 12-day tour will fly you and 11 other guests to exclusive settings and experiences in Kenya, Tanzania, Zimbabwe and South Africa. Dine under the stars, cruise Matetsi River and assist rhino conservation efforts in Kruger National Park. 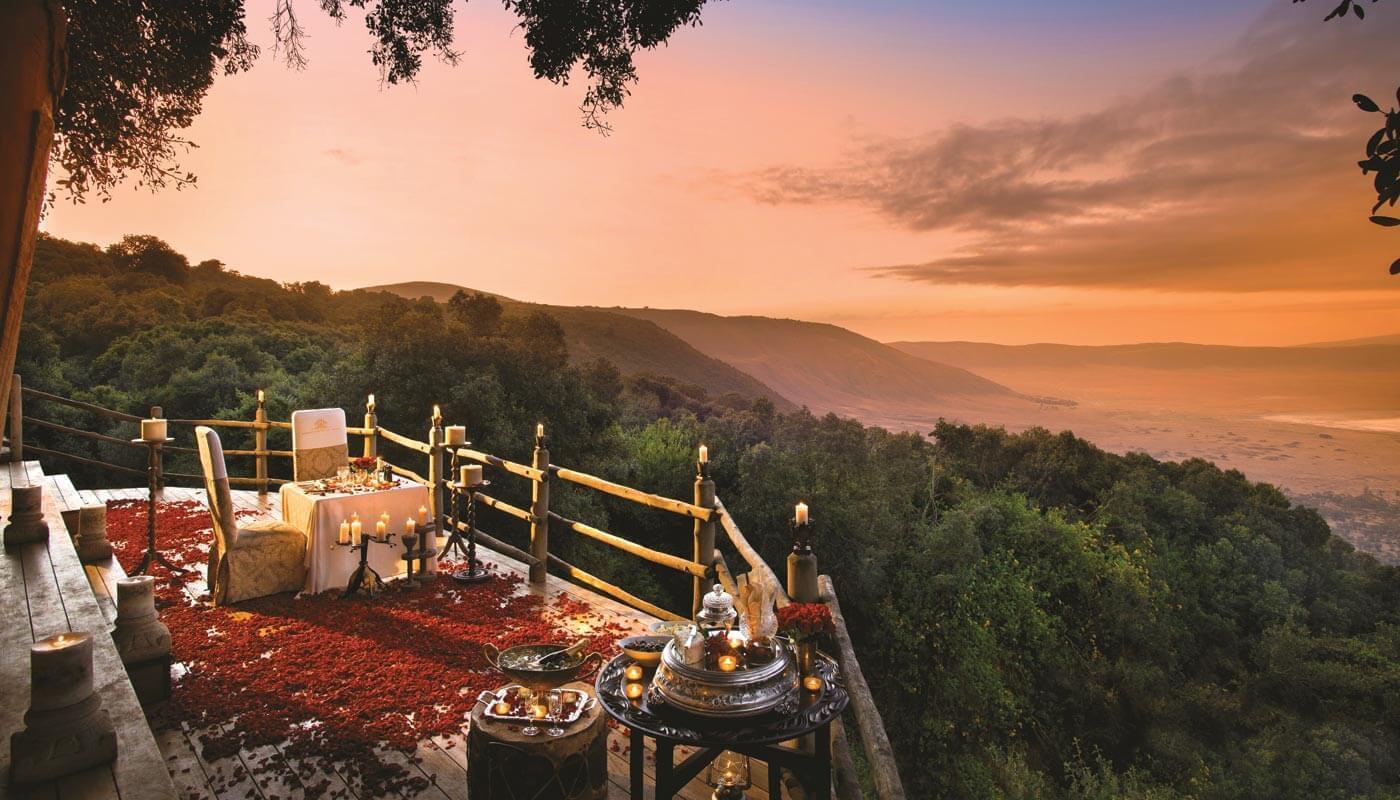 Explore the wonders of Mongolia on a Seven Skies tour, floating down pristine rivers from one deluxe camp to the next, trekking through wildflower meadows and over endless plains, enjoying warm nomadic hospitality, and staying in a traditional ger. 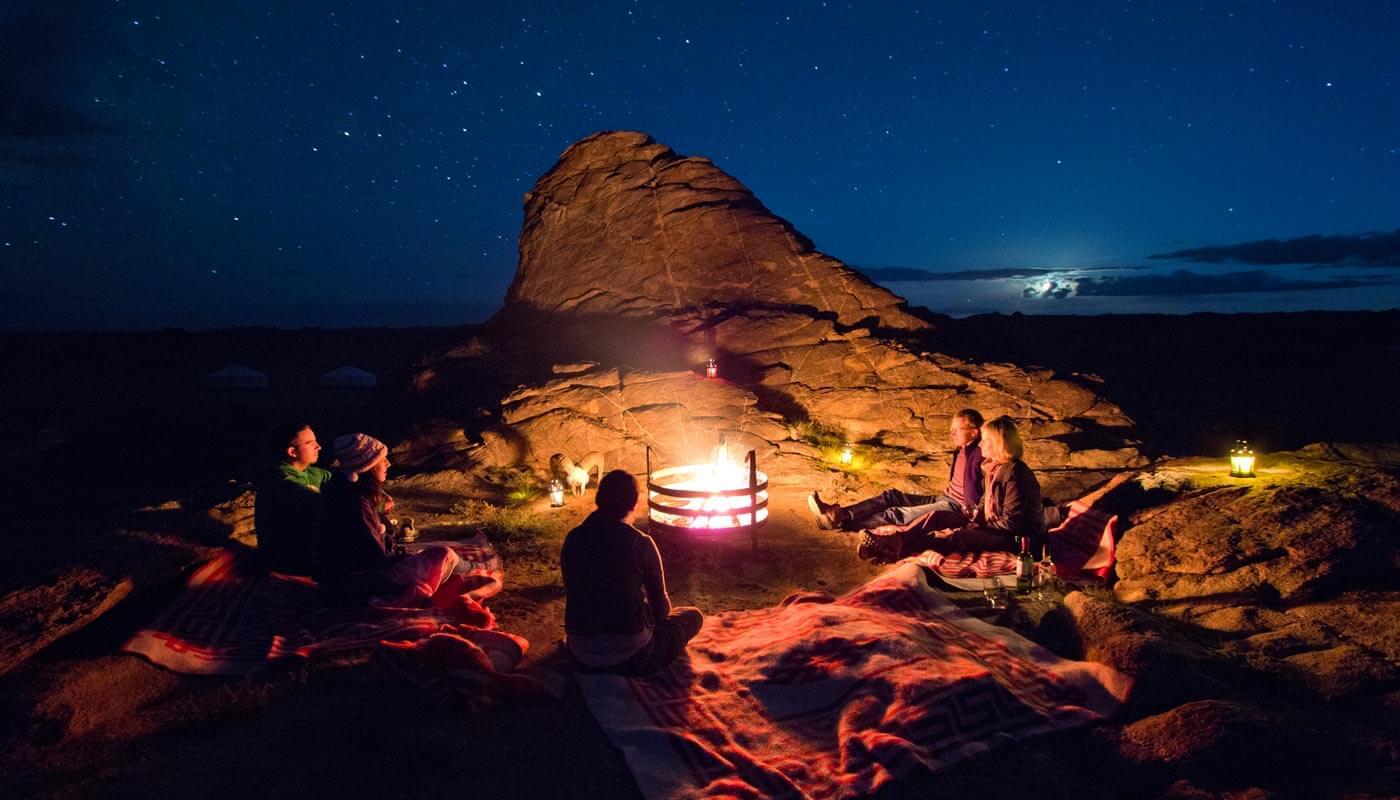 Journey into the heart of an ancient civilisation in historic Northern Sudan. You’ll travel by 4WD, boat and camel on a route taken by early explorers, following the Nile, visiting the pyramids of ancient Nubia and ‘wild camping’ in the desert. journeysbydesign.com 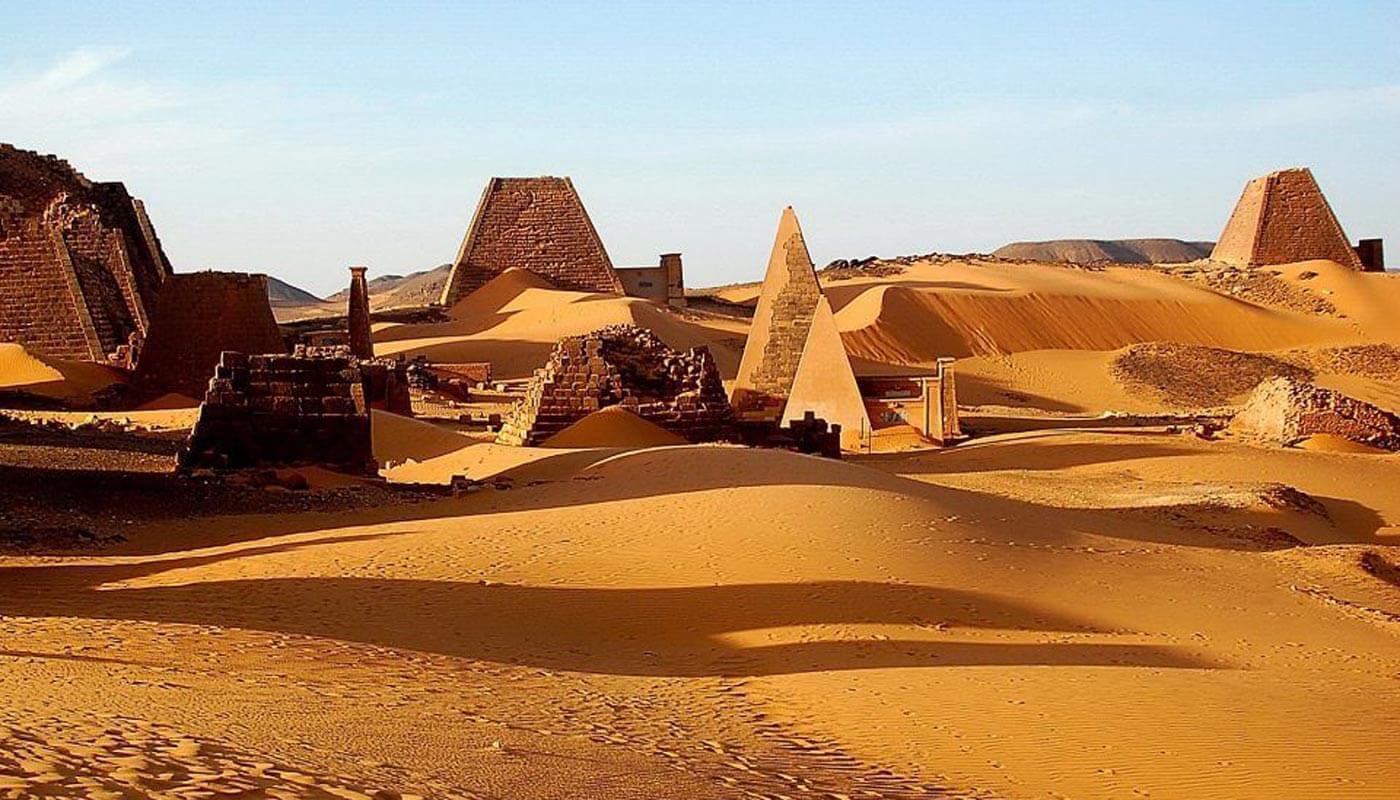 Spending 15 days of your life on an exclusive Rothschild Ethiopian Safari is 15 days well spent. You’ll explore the castles of Gondar, ancient rock-cut churches and unique traditions from Addis Ababa to Lalibela, looking for baboons and other wildlife in the Simien Mountains along the way. 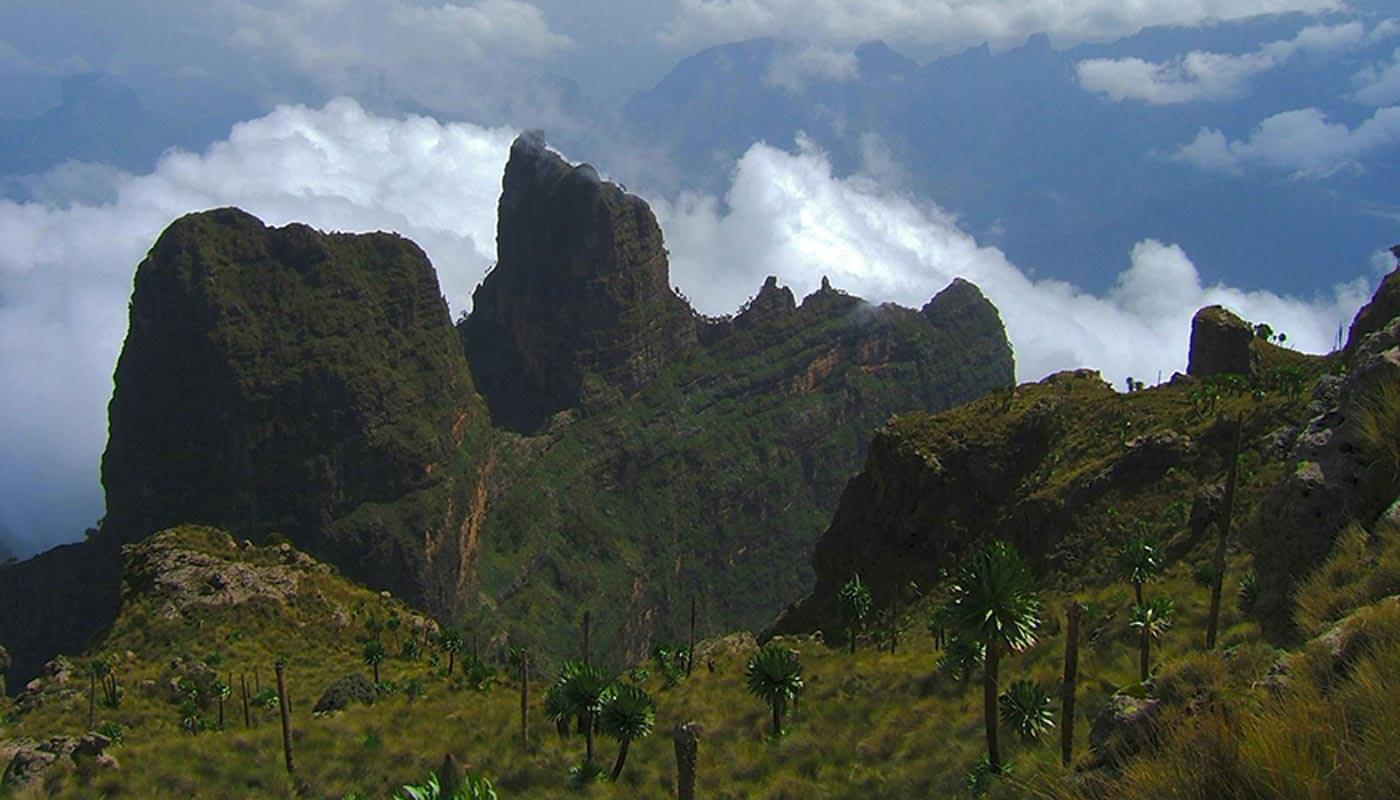 Explore the mineral-rich west coast of South Africa in a day trip unlike any other. Benguela Diamonds will whisk you from your grand Cape Town accommodation, Ellerman House, by private plane to a beach villa near Port Nolloth. There, you’ll go diving for diamonds with Benguela dive masters before selecting a rough gem to be cut, polished and set into a piece of custom jewellery. 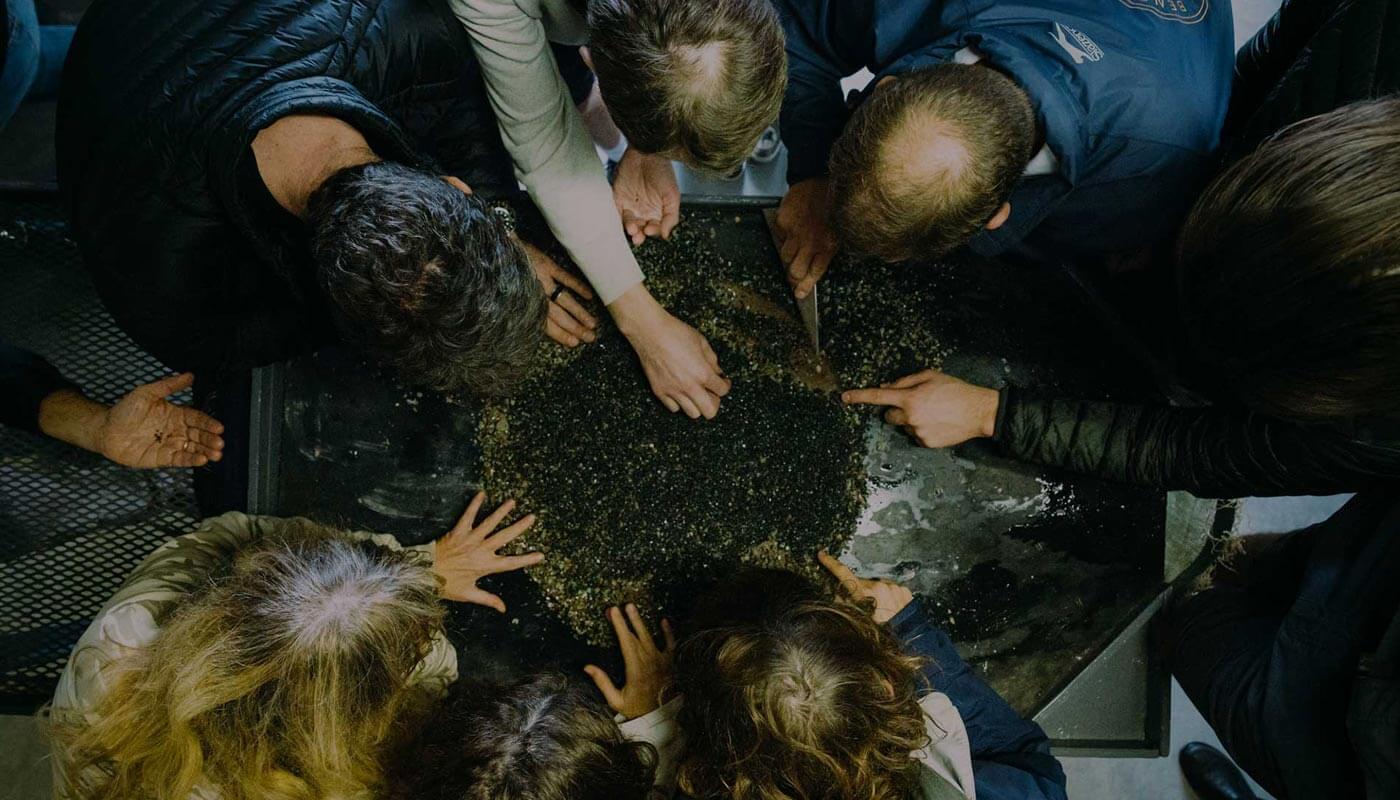 Ride & Seek’s 29-day epic September cycling tour, divided into two stages, follows in the footsteps of military commander Hannibal Barca. You’ll ride along some of Europe’s most picturesque bike routes through Spain, France and Italy, enjoying the gastronomic delights of each region on the way. 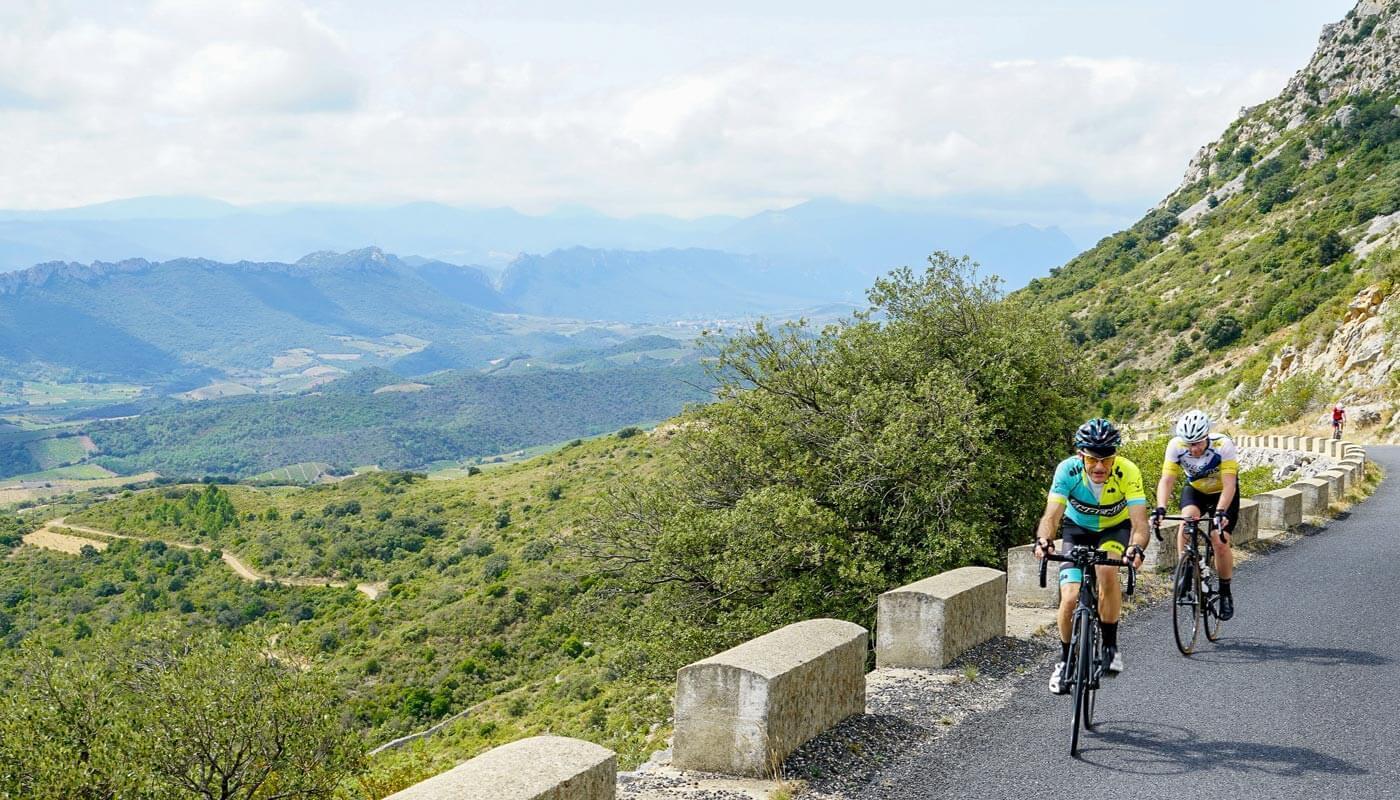 15. Take to the skies in a spitfire

Imagine looping and rolling in a Spitfire over a scene of the Battle of Britain, and even having a go at taking charge of the controls. You’ll spend the night at The Lanesborough in London, take a limousine to Goodwood Estate, and enjoy lunch and the Spitfire experience before returning to the hotel with a video of your warbird adventure as a souvenir. edenbeing.com 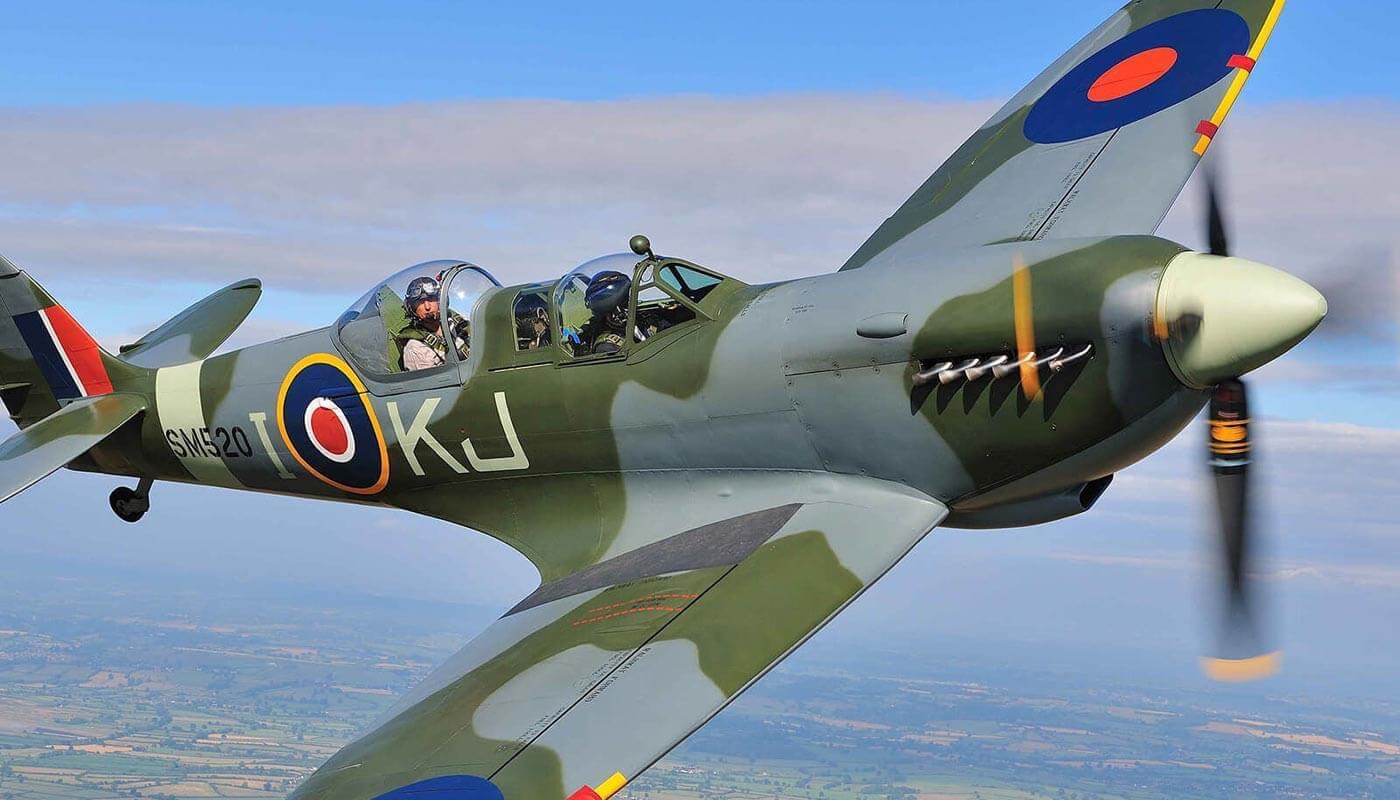 Keen golfers will delight in teeing off at Scotland’s finest golf courses, including Royal Dornoch, Castle Stuart and Kingsbarns. The trip includes four nights aboard the Belmond Royal Scotsman train and visits to Culloden Battlefield and other legendary sites. 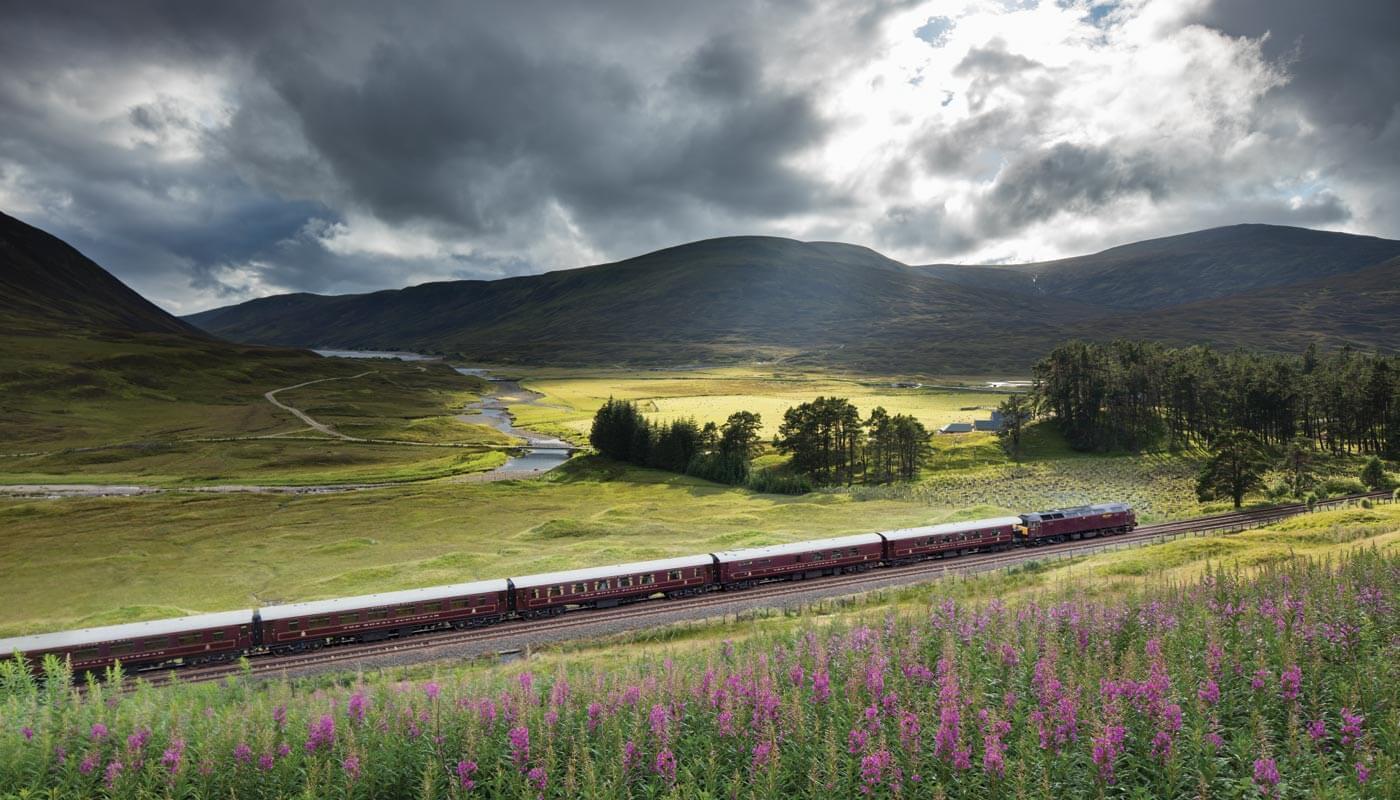 Heli-skiing in northern Iceland has serious ‘best day of my life’ potential, with long daylight hours maximising the fun. You’ll admire the Northern Lights, ride Icelandic horses, go whale-watching, indulge in a massage or two and even go for a surf in the northern Atlantic Ocean. elevenexperience.com 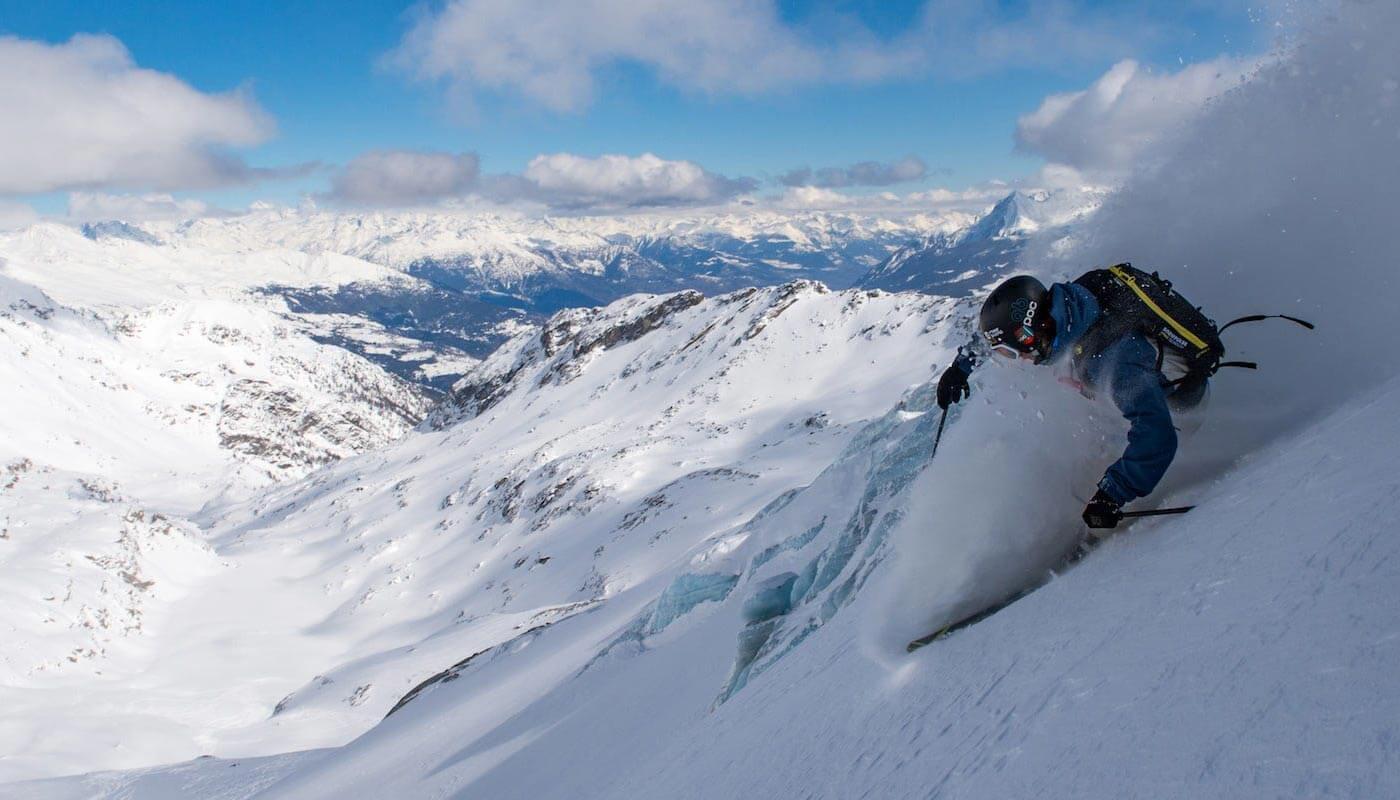 Discover the Aegean Sea aboard a traditional gulet. You’ll drop anchor at islands throughout the Dodecanese and Cyclades archipelagos, exploring the highlights as you go. petersommer.com 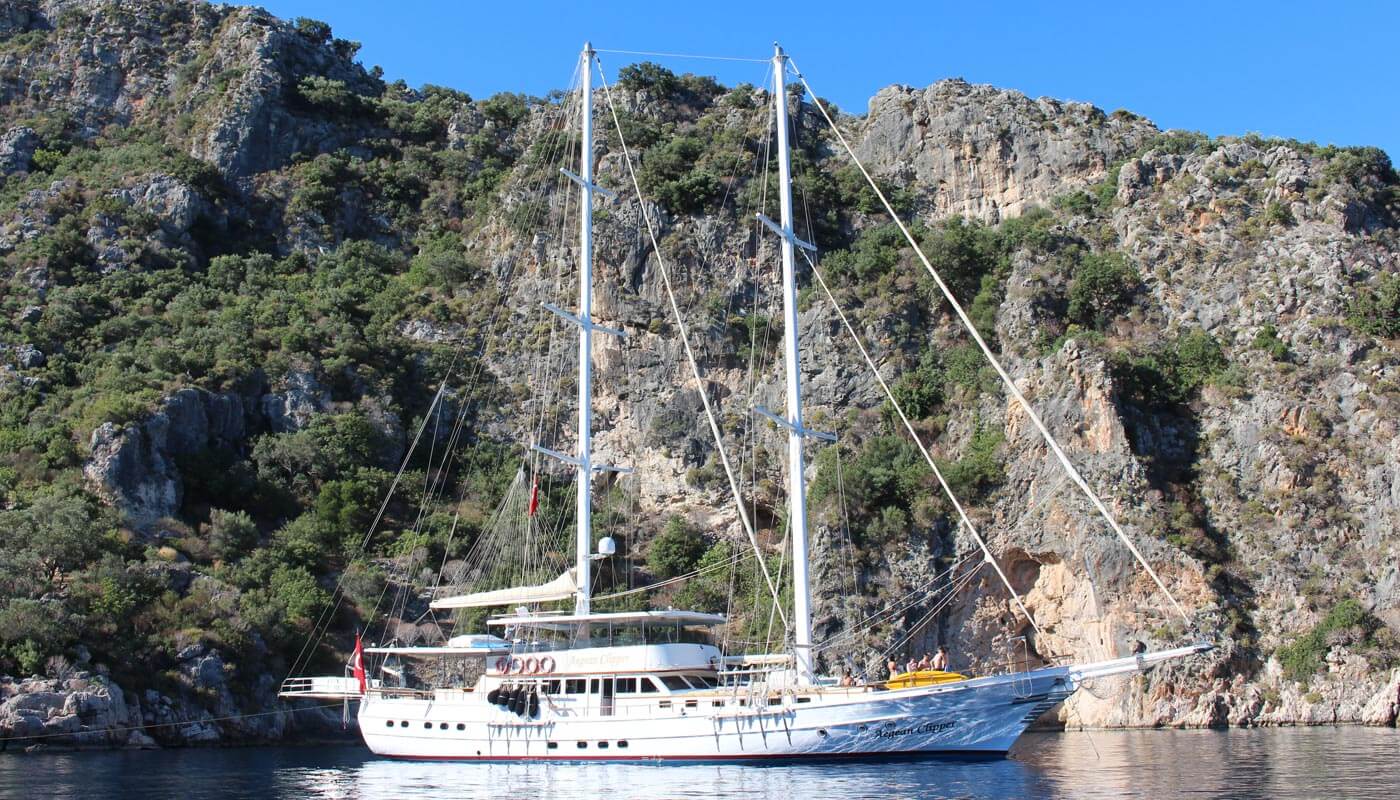 Quark Expeditions’ 14-day Ultimate Arctic Adventure takes you to the North Pole aboard 50 Years of Victory, the world’s most powerful nuclear icebreaker. You’ll sightsee by helicopter, go wildlife watching by hot air balloon and retrace the footsteps of early explorers.

After the US Grand Prix in Austin and dinner with F1 superstar Daniel Ricciardo, get behind the wheel of your favourite supercar – a Corvette Z07, perhaps, or maybe a Lamborghini Huracán – and hit the road from Napa Valley to Las Vegas. The nine-day Ultimate Driving Tours experience takes in some of the USA’s best driving roads. 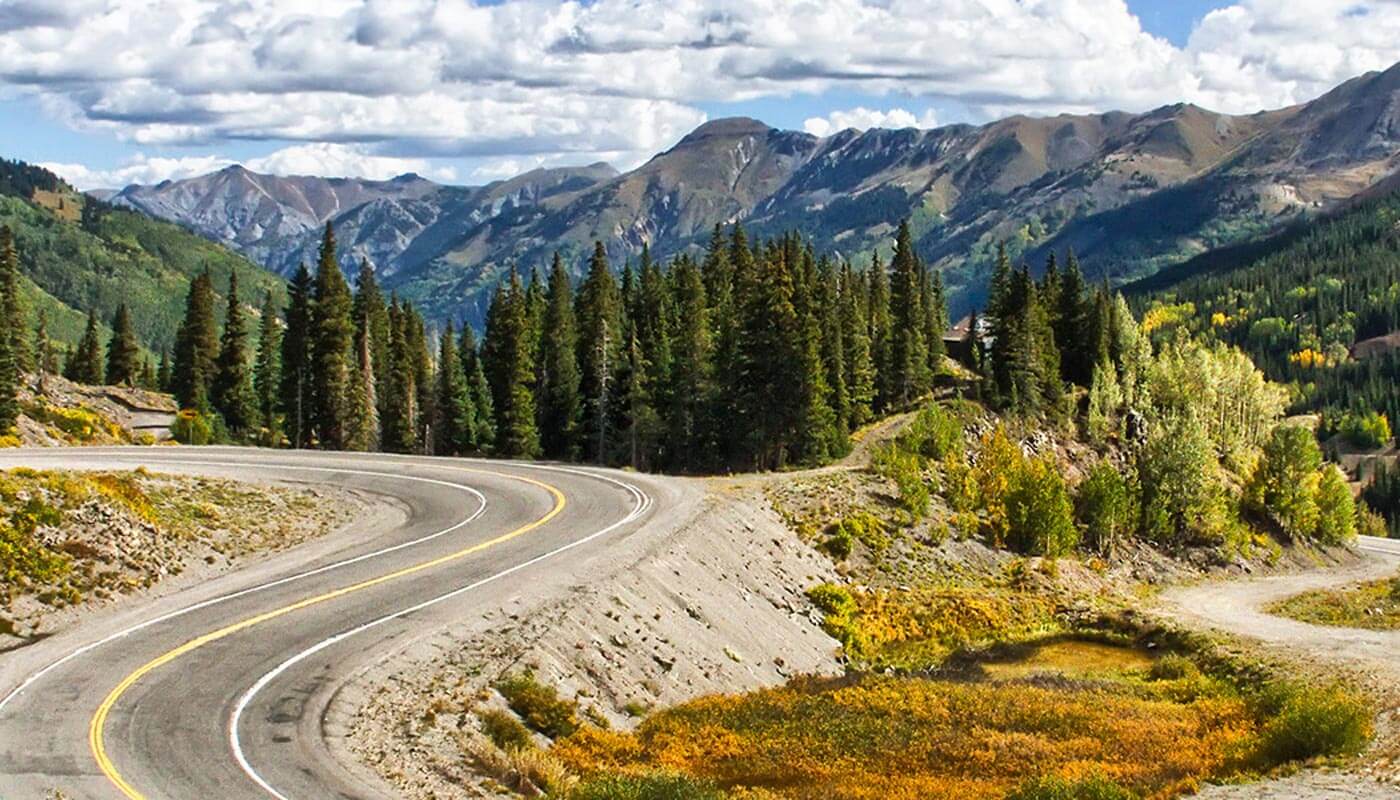 Arriving by helicopter at the newly opened five-bedroom Sheldon Chalet is a fitting way to begin your Alaskan getaway. Located by North America’s tallest mountain, Denali, the chalet is a refined base from which to do a glacier trek. Afterwards, get comfortable and take in the Aurora Borealis over fine food and wine. 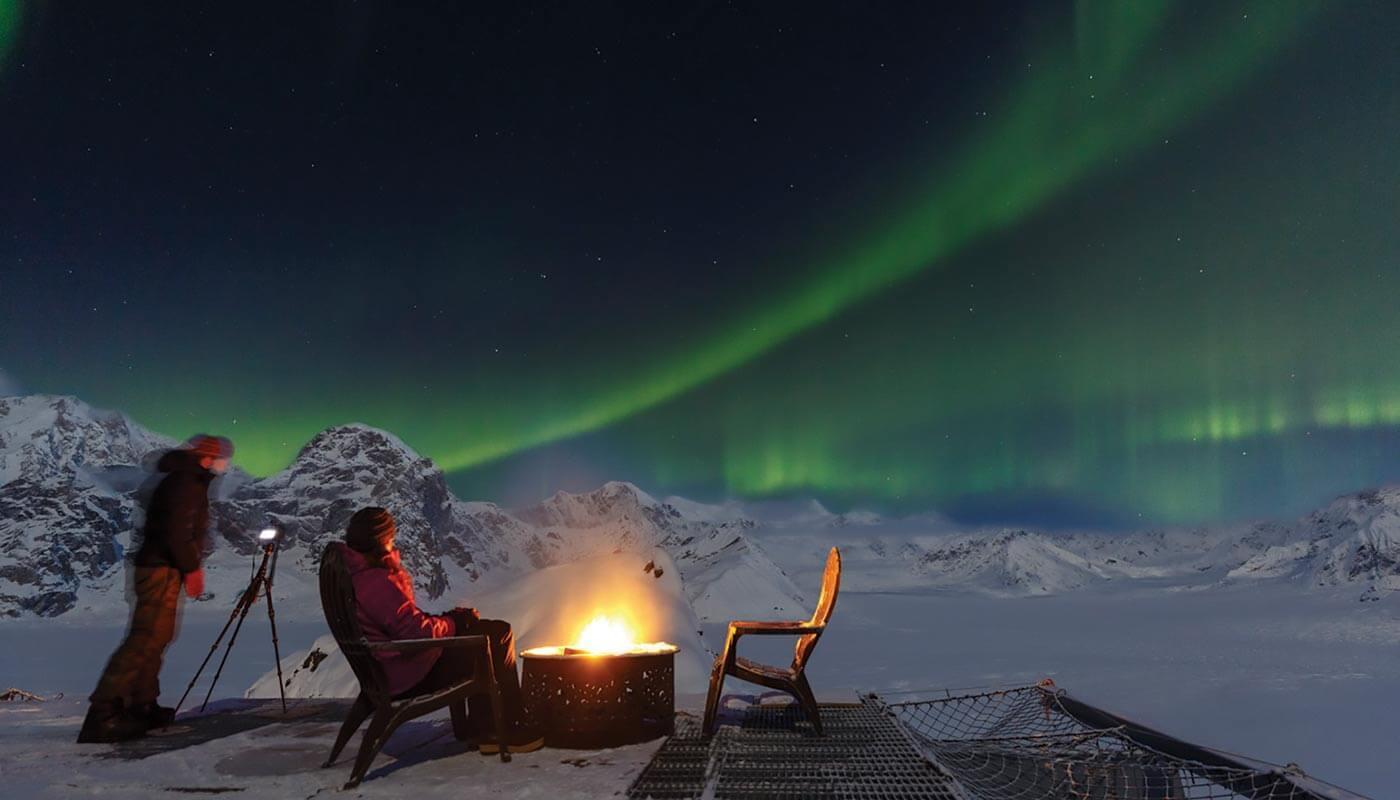 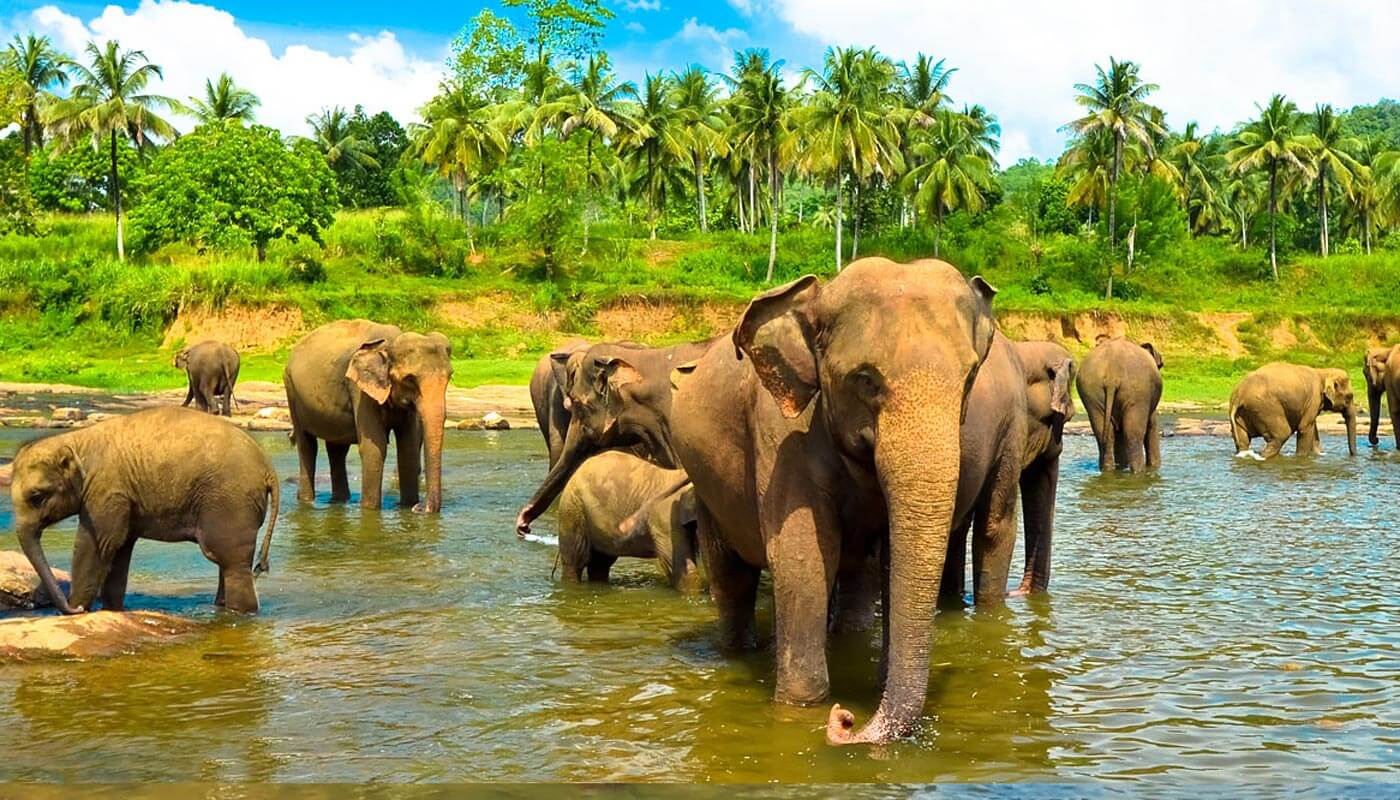 Look a humpback in the eye in Tonga or watch a pod of orcas feasting in Norway with Whales Underwater’s immersive multi-day experiences. Ocean photographer and Canon Master Darren Jew will be on hand to help you capture this once-in-a-lifetime encounter. 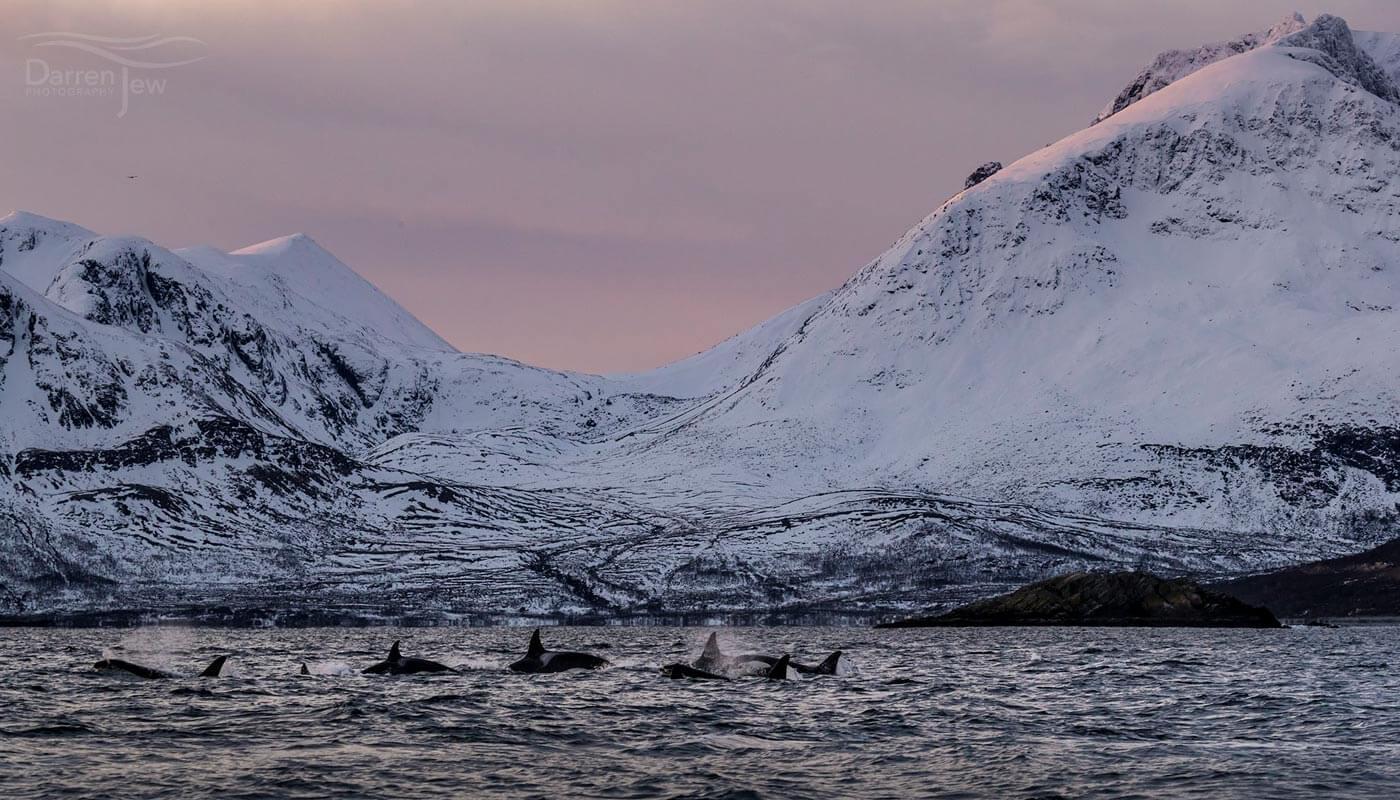 Embark on a South American adventure in Chile, beginning by diving into the vibrant culture of Santiago and then venturing into the wilderness of Patagonia. An expert naturalist will guide you to capture incredible photos of pumas, foxes, ñandues, guanacos and soaring condors. andbeyond.com 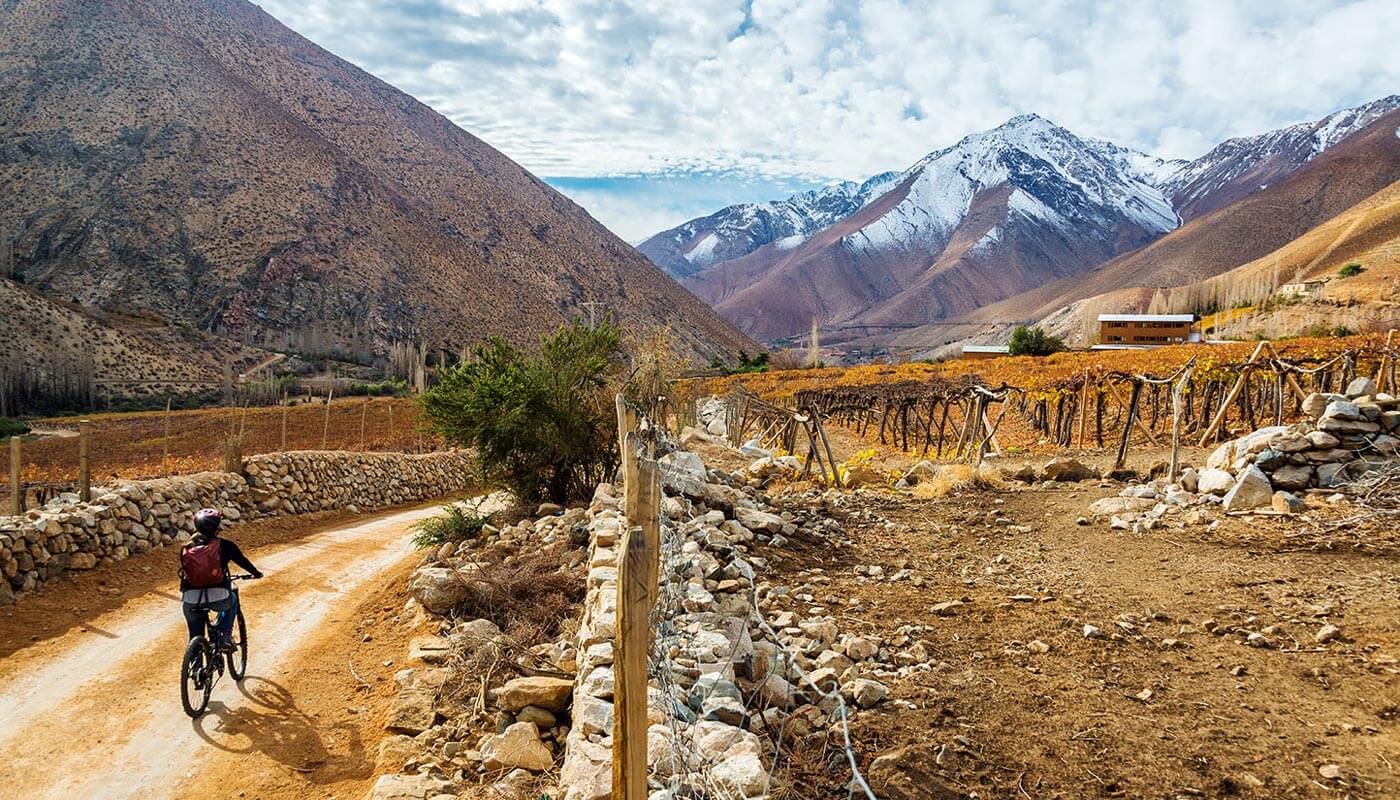 25. Travel through time with your DNA

After having your DNA tested to reveal your geographic origins, you will embark on an exclusive and culturally authentic journey to explore the lands of your ancestry. Go on a long odyssey or break up the trip. tuelite.com 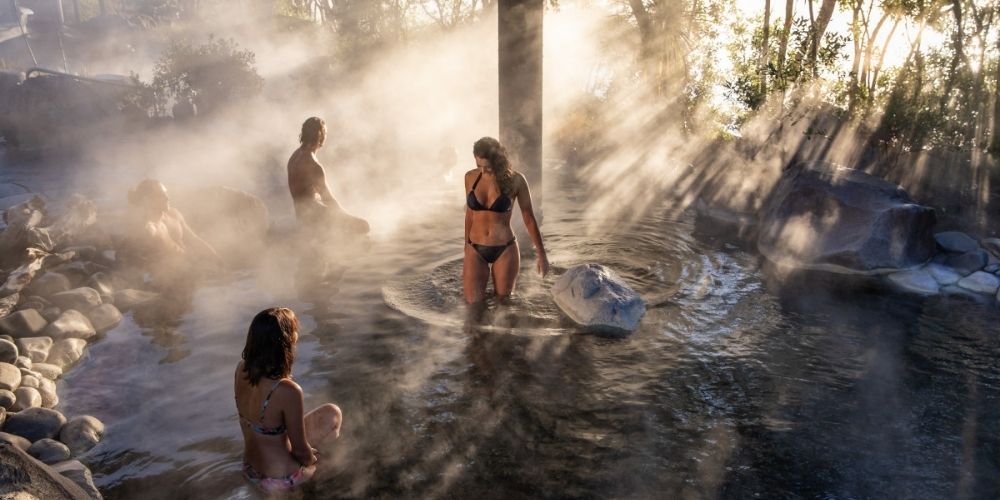 Wild for WA! Take a nature tour of a lifetime in Australia’s west