As he approaches his 95th birthday, Sir David Attenborough finds himself on a very different planet to the one he grew up on. We need to reconnect with nature, he tells Nick Rufford, for our own health – as well as the Earth’s.

After a lifetime of bringing nature into our living rooms, Sir David Attenborough wants us to get out of our armchairs and help save the natural world. Decades of relentless industrialisation, urbanisation and intensive farming have driven a wedge between us and our animal ancestors, he warns, and the disconnection between modern families and nature is getting worse.

“I think it’s terrible that children should grow up without knowing what a tadpole is. Just awful,” he says. “I can’t criticise how other people bring up their children, but in my time I could, and did, get on a bicycle and cycle 15 miles to a quarry and spend the day looking for dragonflies, grass snakes and newts, as well as fossils.”

As he looks around him now, approaching his 95th birthday, David Attenborough sees a very different world indeed.

Swathes of rainforest in Borneo have been burnt and bulldozed to make way for palm oil plantations. Arctic sea ice has shrunk by a third. Some of the reefs where he dived for his first underwater series are lifeless.

This, he explains, is why he’s still campaigning when he could be putting his feet up. Against stereotype, he’s become more outspoken as he’s grown older.

His latest film, A Life on Our Planet, borrows the cadence of his 1979 series Life on Earth, but shows the world in a different light. Instead of pristine habitats and unspoilt wilderness, it highlights the monumental scale of humanity’s impact on nature.

Not only is the Earth gaining humans and losing animal and plant species at a pace it can’t sustain, he says, but it is also heating up at a rate that could tip it into sudden, catastrophic disaster.

At the start of the film, we see him stepping gingerly through the ruins of the Ukrainian town devastated in 1986 by the Chernobyl nuclear power station meltdown. The message that unfolds is just how destructive mankind can be, as we see rainforest torn down, slabs of polar ice collapsing and lifeless coral. At the end he returns to the long-abandoned town to show how nature has reclaimed it. Nature will find a way to carry on, even though humans may no longer be around.

Probably no one else alive has seen as much of the Earth’s surface over such a long period of time as Attenborough. Audiences have voted him the greatest broadcaster of all time; slicker than David Beckham, in a poll of coolest men; and, most recently, the person they trust the most on environmental matters.

People listen when he sounds the alarm – he’s telling us we must act, and act now. But he also has an upbeat message about how we can help save the planet. A first step is to eat less meat. “The big demand that we’ve imposed on the planet is to get meat. That’s what’s taken over so much of our countryside. That’s what’s causing the Brazilian rainforest to be knocked down, to turn it into grazing – for more hamburgers. We can’t afford to do that any more and sustain the number of people we’ve got.”

Attenborough joined the Television Service in 1952 after graduating from Cambridge where he studied geology and zoology. Already married with an infant son, he had no plans to travel the world until a zookeeper who was to have presented a new program about animal collecting fell ill. In 1954, a 28-year-old Attenborough was dispatched with a cameraman to find a rare jungle bird.

For years he travelled with just a battered leather suitcase. His wife, Jane, would see him off at the airport, never knowing quite when he would return. Then, in 1997, when he was filming a series about birdlife in New Zealand, Jane, then 70, suffered a brain haemorrhage. He flew to her bedside at a London hospital just in time for her to squeeze his hand before she died.
They had been married for 47 years. Afterwards he threw himself deeper into his work.

Everyone has their favourite David Attenborough anecdote or TV moment. It may be the time he rolled around with silverback mountain gorillas in Rwanda in Life on Earth. Or maybe the grimly compelling sight of the Galápagos racer snakes chasing and devouring hatchling marine iguanas, seen in Planet Earth II in 2016. His own favourite moments are not when the animals are reacting to him, but when he’s observing.

“The most moving times, as far as I am concerned, are when the natural world is unaware of your presence. A swamp in northern Australia, for example. I can remember very well sitting in a hide in the darkness, waiting for the sun to come up. You can hear that there’s a big community of water birds — and the sun comes up and you see egrets and there are crocodiles and you see a whole complex ecosystem just throbbing with life and beauty. You watch it for a bit, and you do something silly and alarm them, then the whole lot disappears. But you have that moment of revelation.”

He is still making documentaries, writing books and presenting BBC Radio 4’s Tweet of the Day (about birdsong, not Twitter). He still wears his trademark blue shirt and khaki chinos on screen, though he has shifted to satellite and streaming, making films for Sky and Netflix as well as the BBC — and drawing in bigger audiences than ever.

These days he’s less often in a hide or behind the camera; more often in a recording studio providing the voiceover. He stresses that it’s film crews who spend months capturing footage — and they, not he, should take the credit. “People think I’ve shot the film and I get the credit. People say, what was it like when you got really close up with those narwhals, you know, underwater? I say, I wasn’t there, and they say, what? I say, no [raising his voice for emphasis], I wasn’t there!”

Money has never been his motivator, though he earned more than £1m in 2017-18 from David Attenborough Productions, his private company. He still lives in the same Victorian townhouse he shared with his wife. He was renowned for travelling economy class and never taking upgrades unless the whole crew was upgraded, until he reached 75, when the BBC insisted he travelled business class.

Despite his fame, he remains engagingly modest. For years the joke in the Attenborough family was that he only got a knighthood because a palace official confused him with his older brother, Richard, the actor and director. And he’s a paragon of honesty. He has never done an advert, he says, because “my job is telling the truth, and if I say margarine is butter, people will think, ‘He’ll say anything.’”

So while we yawn when self-interested politicians warn about climate change, when Attenborough talks, we listen — even when his message is stark.

In the 60-plus years he has been making documentaries, he points out, the world’s population has more than doubled: 7.8 billion people today, heading to 11 billion by the end of the century. Many of the habitats and species he filmed in those early days have vanished or are in retreat. If we don’t mend our ways – rein in population growth and live less wastefully – we’ll wipe out life as we know it, including ourselves.

So is he right to blame himself and his generation for the planet’s problems? His 1961 film, Zoo Quest to Madagascar, was ahead of its time in many respects, including revealing the damage caused by climate change and deforestation.

Of course, the scale of our impact on nature has grown, and Attenborough believes the evidence is now too strong to resist the conclusion that we are heading for self-destruction. He cites a spate of extreme weather events such as the Australian bushfires (other experts have stopped short of making a direct link). Attenborough argues that sceptics may never be convinced until it’s too late.

“I think that proving it [the link between recent wildfires in Australia and California] to the degree that the sceptic will require is an impossible thing. But there have been people who have been warning that unless they change their ways these things are going to happen, and they’ve happened. We have to look at the realities. It’s not good – and there’s no point in pretending it is.”

For Attenborough, the message is simple. Be considerate. Live modestly. The future is at stake, he says, not for him but for the next generation.

“I have the greatest job in the world, you know. What a privileged time I’ve had. People provide me with wonderful pictures of things we’ve never seen before and ask me to write a sentence or two on it. Better than sitting in the corner knitting.”

How these diving watches are helping protect the ocean 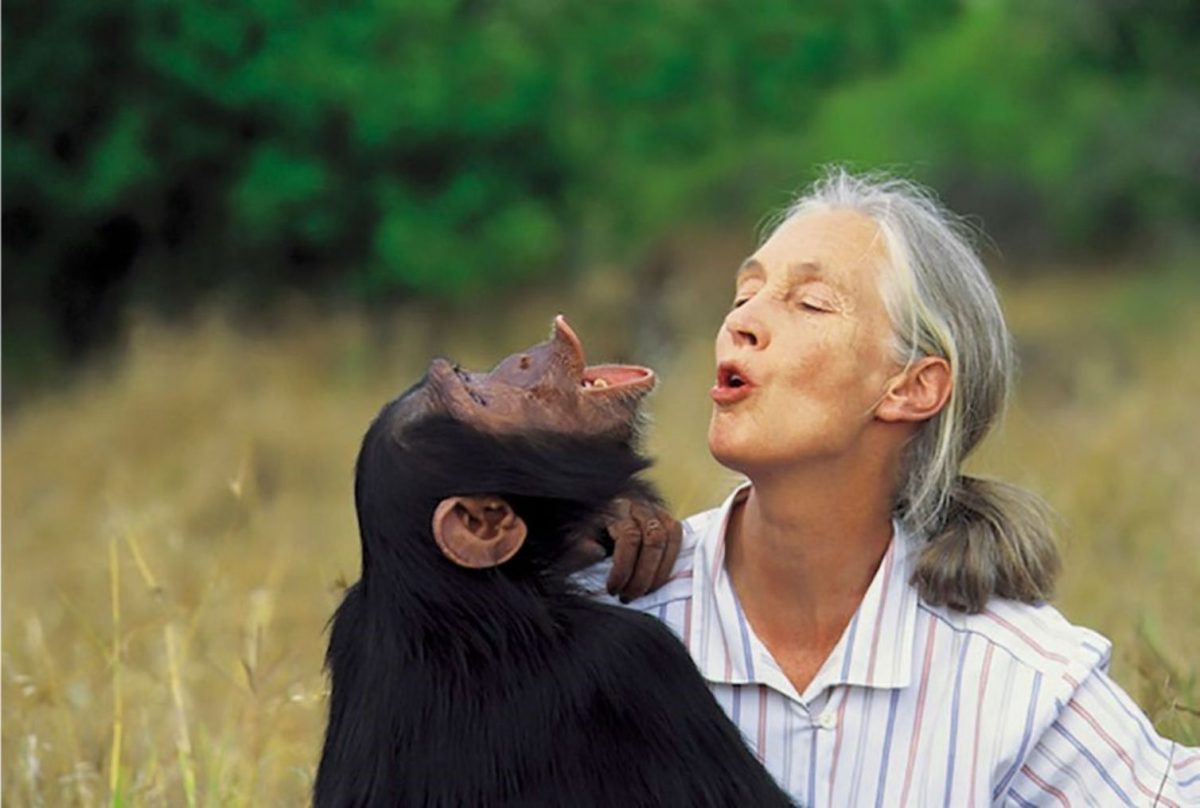 How the pandemic has renewed Jane Goodall’s hopes for conservation 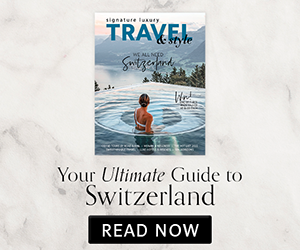