Signature checks in to… L’Hotel Paris

If only the wallpaper could speak — it would surely plead “Not guilty”, writes John Borthwick. At the beautiful little L’Hotel Paris, the bold green wallpaper with Oriental peacocks that graces the Oscar Wilde Suite was once accused of murder.

Wilde, the great Irish poet, wit and playwright, expired in this Left Bank hotel in 1900. His aphorisms still pop up everywhere and until the end he couldn’t resist a witty quip. Supposedly, his final one was, “This wallpaper and I are fighting a duel to the death. Either it goes or I do.” Ever since then L’Hotel guests have viewed their wallpaper with caution.

The Oscar Wilde Suite might be L’Hotel’s star curiosity — although it is not generally open for inspection — but there is far more to this fine boutique hotel than one celeb death. With just 20 bedrooms, L’Hotel, built in 1828, is the smallest five-star hotel in Paris. While those rooms are lavish yet uncluttered recreations of the Victorian era (plus television and WiFi), the décor never dips to faux-bordello “Victoriana”. 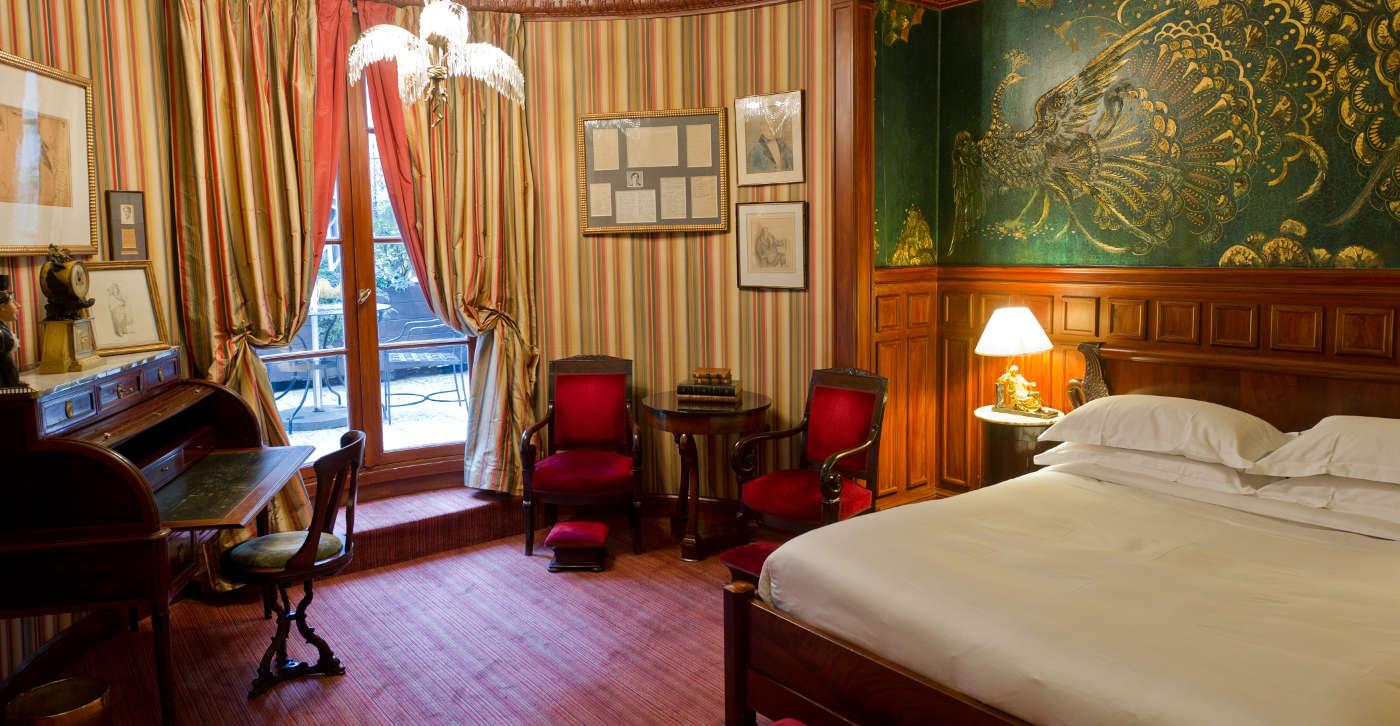 My room, 35 metres square and named for femme fatale and spy Mata Hari, has French windows (with blackout curtains), antique desk, a discrete chandelier, wine-dark walls and a semi-canopied bed, but the piece de resistance is the bathroom — specifically, the bath-tub. Deep and long, elevated and curtained, it suggests a glorious crypt in which one could happily bathe for a liquid eternity.

The circular, six-storey hotel, featuring a central light-well and spiral stairway, boasts plenty of creative cred beyond Wilde’s sojourn and departure. Like Oscar, the great Argentine scribe, Jorge Luis Borges, a frequent visitor between 1977 and 1984, is also honored with a commemorative plaque on the hotel façade. The guest register carries the scrawls of Dali, Sinatra, Grace of Monaco, Taylor and Burton, and Jim Morrison, among others.

L’Hotel sits unobtrusively amid art galleries on Rue Des Beaux Artes and not far from the Seine. Five minutes stroll up the street you come to Rue Guillaume Apollinaire, Place Sartre-Beauvoir and the celebrated Café Les Deux Magots, former hang-out of Sean-Paul and Simone, not to mention Hemingway, Camus, Brecht, Joyce and Baldwin. Welcome to St-Germain-des-Prés, suburb of demised scribes. 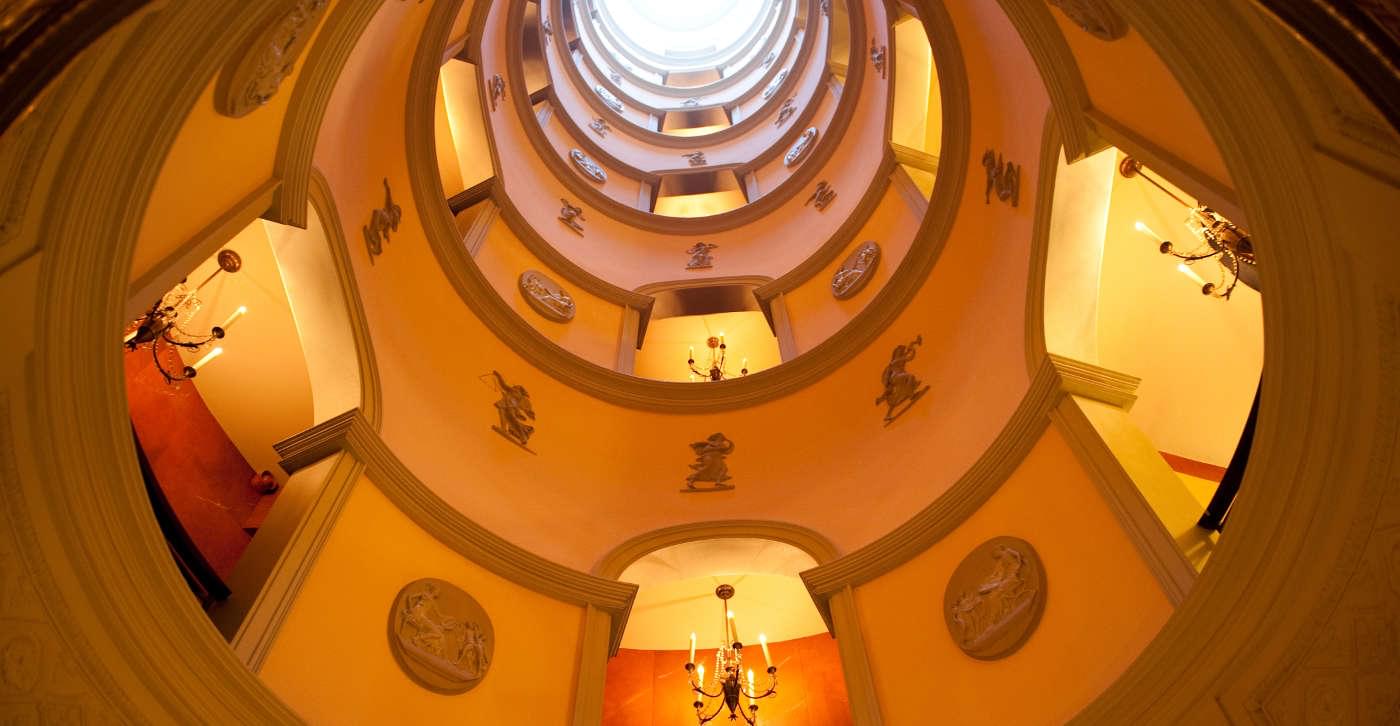 L’Hotel’s celebrated ground floor eatery (named what else but Le Restaurant?), steered by chef Julien Montbabut, is aptly billed as “one of the most romantic and seductive in Paris” and amid its plush seating, columns and silk-draped walls, you might look for Lily Langtree or Sarah Bernhardt to make a swirling entrance. If not there, then sipping absinthe in the tiny bar — called Le Bar, of course — or, even better, perhaps drifting diaphanously in L’Hotel’s beautiful, blue-tiled, subterranean pool known, naturally, as The Hammam. 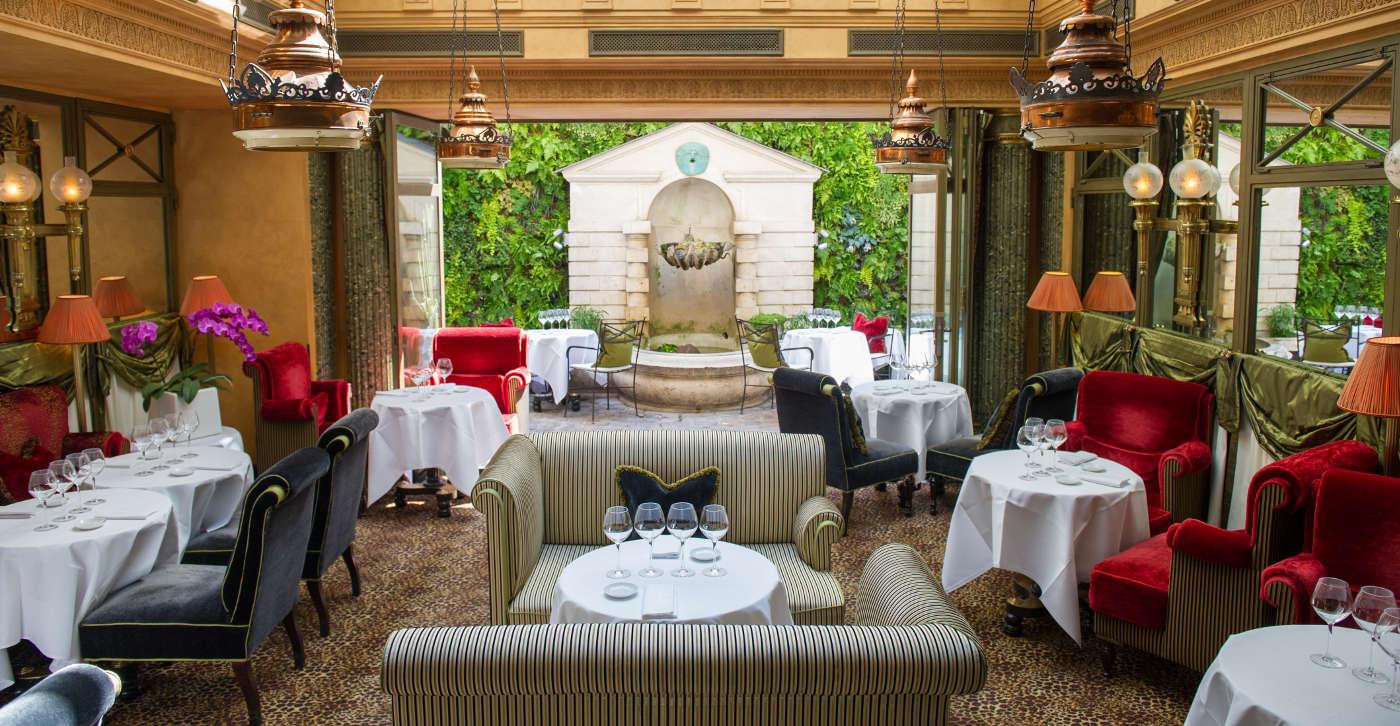 Meanwhile back in Room 16, the Oscar Wilde Suite (with his unpaid bills still framed on the wall), the truth must out. The bed, a grand double, is not the one on which Oscar set sail for the great beyond. His bed, I am told, was an austere single. Then what of the room’s sumptuous but suspect wallpaper? The gilded peacocks that strut upon it refuse to speak but history reveals that the room has often been repapered since the poet posted his last quip. So, not only did the peacocks see nothing, they weren’t even there.

In fact, this first-floor suite was not Wilde’s room — his digs were on the ground floor and demolished long ago to boot. Thus, case dismissed. Wallpaper acquitted. Even so, Room 16 remains an inspiring room in an inspired hotel.

L’Hotel, 13 Rue Des Beaux Artes, Paris, is a member of Small Luxury Hotels of the World.

The writer stayed courtesy of Small Luxury Hotels of the World.