Rediscovering true Hawaii on Maui and the Big Island

Rediscovering true Hawaii on Maui and the Big Island

Dan Avila explores Maui and the Big Island to find out whether the legendary aloha spirit of Hawaii lives on.

The very mention of Hawaii has conjured up visions of a seductive island paradise for generations, with countless movies, songs and stories romanticising every aspect of its culture, landscape and people. Yet, as the USA’s 50th state – with every modern development and convenience one would expect – I wonder if Hawaii can still deliver on its famed spirit of adventure, romance and natural discovery in a world of the ‘the next big thing’.

My 10-day trip starts on Maui and finishes on The Big Island. Armed with camera, board shorts and a convertible Jeep Wrangler, I set off to circumnavigate Maui from a little town called Paia. On Maui’s famed north shore and under the gaze of the dormant Haleakalā volcano, Paia is arty and bohemian with a mix of bars, inns and surf, and a relaxed hippy-chic vibe. Dining in Paia is much like anywhere on the island with deference paid to local, organic and sustainable produce. 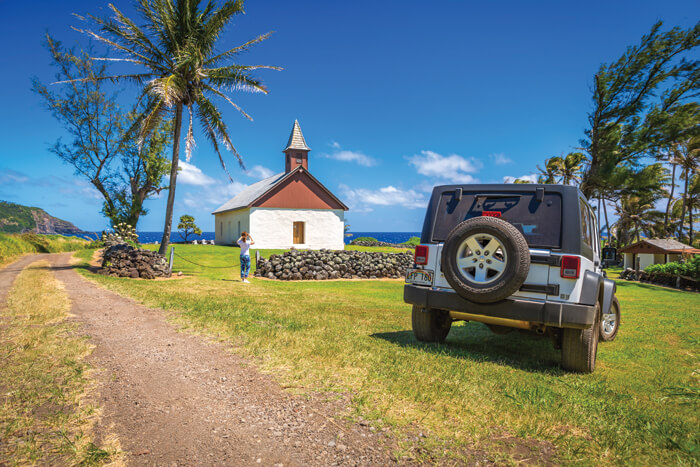 The great ocean road to Hana

The road to Hana is arguably one of the world’s greatest ocean drives and we leave early to capture the morning light. Deep blue skies, emerald green vegetation and a cobalt ocean fill the senses as the road snakes east. There are beautiful coastlines around the world, yet Maui delivers it all with a climate that can only be described as perfect. Travelling in March, there is no tropical humidity with which to contend. The days are warm enough to spend a day at the beach, yet tempered with a gentle ocean breeze that gives way to comfortably cool nights.

Our next stop is Hookipa Beach. Surf culture runs deep on the island and ties in with the locals’ profound respect for nature. Here, surfers share the beach with a large resident group of green sea turtles, usually found sunning themselves in a corner of the bay. Known in Hawaii as Honu, these turtles are revered symbols of luck. Perhaps it is the time spent quietly on the beach in their presence that ensures good fortune for the rest of our trip.

Hana may just be heaven and Travaasa Hana is our little piece of it for a few days. The sprawling estate, established in the 1940s, maintains a heritage feel with each of the guest rooms scattered around the estate with the sights, smells and sounds of the ocean flowing into the breezy rooms. There’s no need for air-conditioning in Travaasa Hana; the weather is simply divine and air-conditioning would criminally disconnect the guest rooms from the sublime environment.

The natural beauty of Maui

The team at Travaasa Hana has arranged an aerial photo expedition in the only aircraft permitted to fly over the Haleakala crater: a power glider. With panoramic visuals through the perspex shell surrounding us, pilot Hans sets off under power until we reach 3650 metres. At that point, Hans kills the engine and we glide beautifully across the astounding crater and back to Hana with a sliding window perfectly positioned for both ventilation and the camera lens.

The road from Hana to Wailea takes us around the south side of the island and the pace slows from top-down cruising to adventure driving. The terrain on the south side is more like the Scottish Highlands than a tropical paradise. Equally astounding yet vastly different, the drive is an all-day event — we stop at the must-see Ocean Vodka Organic Farm and Distillery and, shrouded in mist, the Up-Country Lavender Farm high up on the shoulder of the crater.

Home for our last few days on Maui is The Fairmont Kea Lani in Wailea, an all-suite beachside hotel with premium beach houses positioned on a manicured strip of Maui’s most affluent enclave. With hotel cars shuttling guests to nearby high-end boutiques, it feels like the Beverly Hills of Hawaii.

Yet the area’s natural environment is an equally strong drawcard. Setting off before dawn after a Hawaiian call to the gods by my burly guide, I canoe out into a bay scattered with breaching humpback whales in all directions. As we stop paddling, a mother and calf directly approach our canoe with dorsal fins breaching the water and, after a brief emotional encounter, flip tails to the sky and dive away. Such is the magic of Maui! 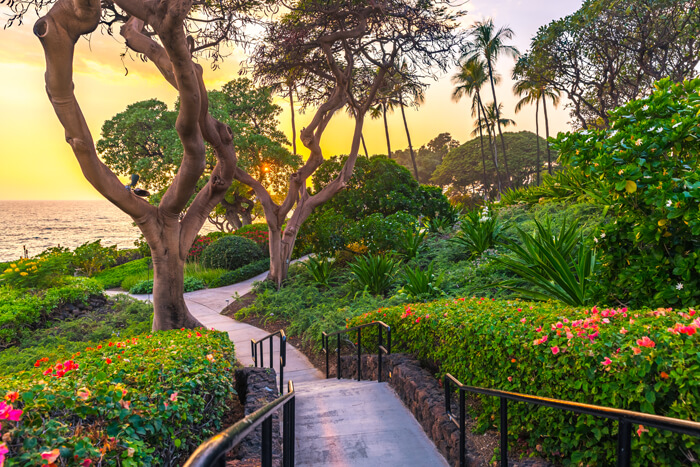 A short flight from Maui is the Island of Hawaii, known to locals as the Big Island. It’s similar to Maui in that it is packed with natural beauty and heritage, yet has a completely different feel. Driving out from Kona, the landscape is like tundra overlaid with enormous lava flows, so young (in geological terms) that large swathes remain devoid of vegetation.

About an hour’s drive south of colourful Kona is Puʻuhonua O Hōnaunau National Historical Park, or ‘the place of refuge’. Hawaiians who broke ancient laws could avoid certain death by fleeing here. Defeated warriors and non-combatants could also find refuge here during times of battle.

Driving back up the west coast, our next residence appears like an oasis through the lava field: the historic Mauna Kea Beach Hotel. At the time of its construction in the 1960s by Laurance S. Rockefeller, it was the most expensive hotel ever built. Designed to allow the ocean breezes to flow through the hotel with the suites enjoying stunning sunset views, it’s set in a pristine golf course with greens butting up against the jagged lava ocean edge.

At night, the bay is partially illuminated and this attracts masses of phytoplankton which, in turn, attracts manta rays up to four metres wide. Under the guidance of marine biologist James Wing, we swim up to these magnificent creatures as they barrel roll in a feeding frenzy. It’s enough to make us whoop with excitement.

The penultimate Big Island experience is the spectacle of the active lava fields. We strap on our cameras and board a doorless helicopter for the high-octane experience, and marvel at the enormous swathe of land engulfed by lava as it flows to the ocean. The super-heated air from the 1000-degree-Celsius lava field fills the helicopter as we fly at low altitude to capture that perfect shot.

Later, a visit to Volcanoes National Park allows us to see the active crater from the ground. With venting hot steam warming us, we stand in the high-altitude cold night air watching the bubbling lava and its glow against the starlit sky – a spectacular way to end an exploration of the real Hawaii. 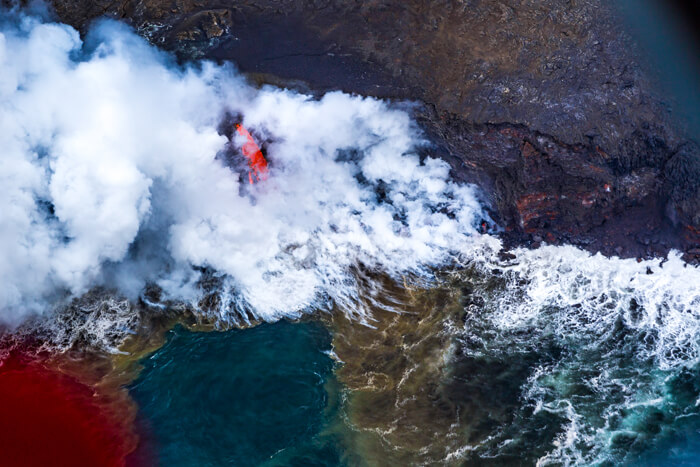 This article appeared in Volume 26 of Signature Luxury Travel & Style. To subscribe to the latest issue, click here.

Signature checks in to… Sheraton on the Park, Sydney 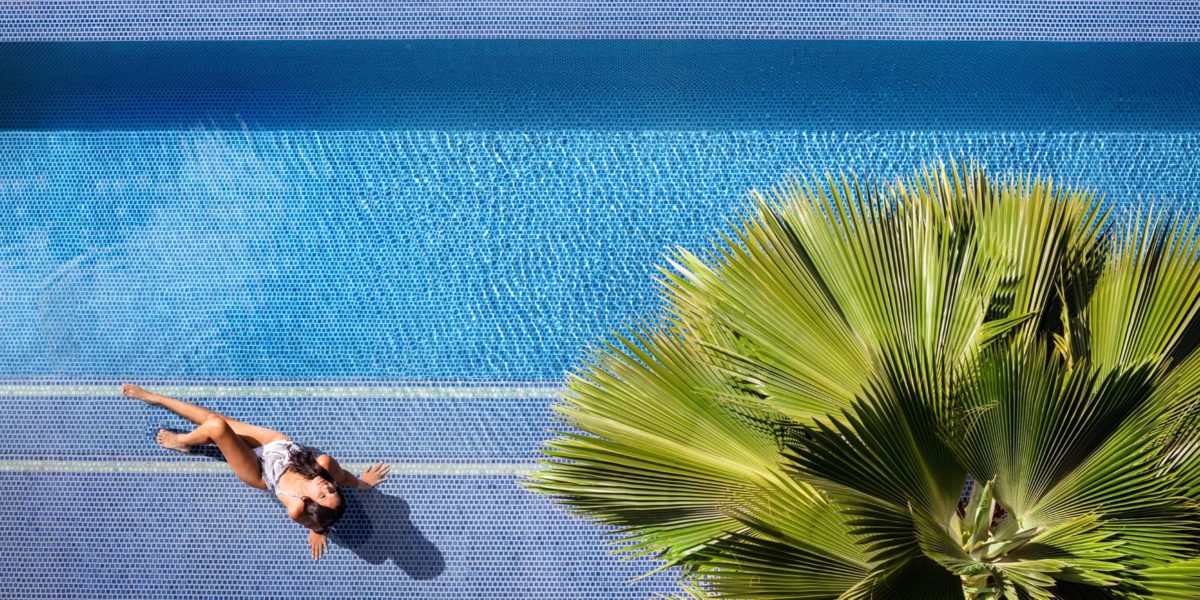 Waikiki Escape: Save 35% at Trump Waikiki

Australia needs you: Where to donate to help bushfire-affected wildlife