From Manhattan rooftop decadence to castles in the sky, we look at New York’s hottest penthouse suites and the world-renowned designers that bring them to life. 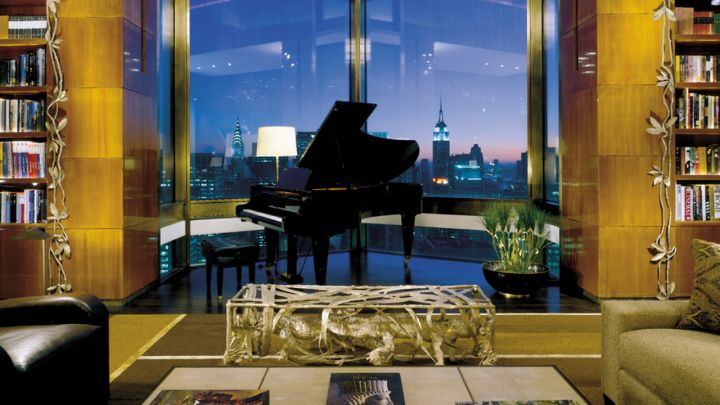 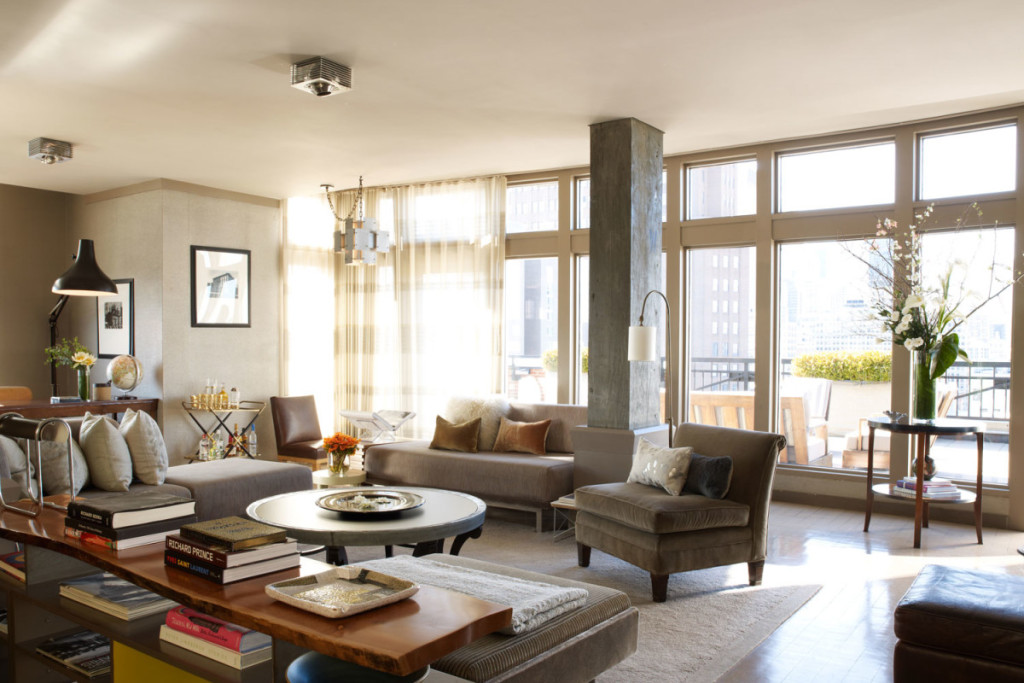 The acclaimed French designer Jacques Grange brings New York its largest and most affluent hotel penthouse in the form of The Penthouse at Madison Avenue’s The Mark hotel.

With 1115 square metres of luscious living space, The Penthouse is simply “pioneering a brand new category of hotel luxury ‘super suites'” according to The Mark itself. With its own conservatory, five bedrooms, four fireplaces, six bathrooms, two powder rooms, two bars, a library, a dining room that seats 24, and a 230-square metre private rooftop terrace on which to indulge in the uninterrupted Manhattan skyline, Jacques Grange calls it his “castle in the sky”. The furnishings are all custom-designed by Grange exclusively for this castle, with the full-sized chef’s kitchen designed by ground-breaking Italian designer Piero Lissoni. 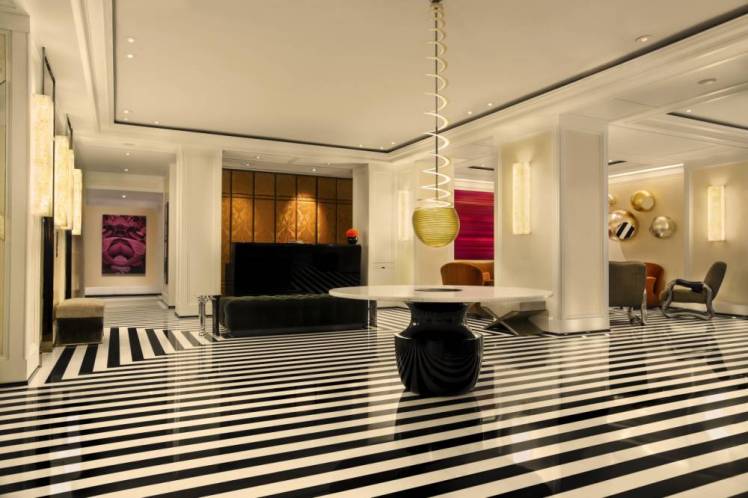 William Sofield makes this list twice, because his work on Penthouse 8 at the Roxy Hotel is simply inspired.

The penthouse’s lavish appointments including Kiehl’s bath products and Frette robes fill out the more than 80 square metres, and the exclusive rooftop terrace with panoramic views of New York is the pinnacle of sophistication and style. Enjoy the downtown city skyline with an alfresco lunch or dinner, before descending the penthouse’s private staircase built beneath a floating glass pendant chandelier. 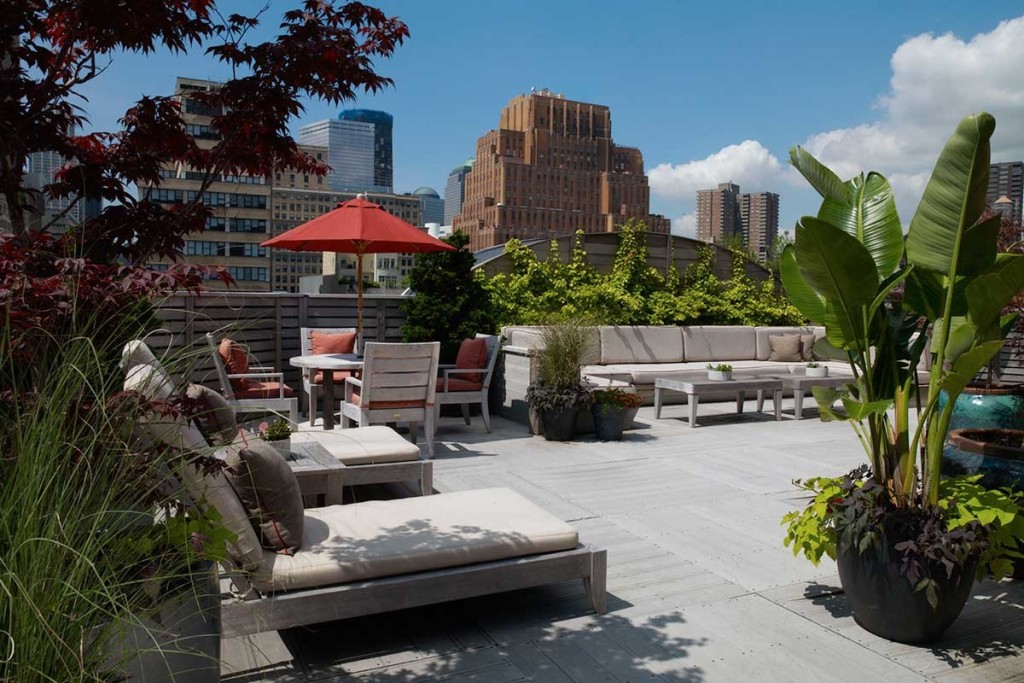 Thierry Despont’s fabulous Empire Suite penthouse for The Carlyle Hotel is nothing less than an exercise in excellence.

Despont, a Knight of the French Legion of Honour and a member of the Interior Design Hall of Fame, presents a duplex that includes three bedrooms across the 240 square metres of both floors 28 and 29. Unobstructed views of Central Park from the master bedroom and main living space, and the suite’s own private art collection assembled by a curator from New York’s Metropolitan Museum of Art, are just two of the major visual features of Despont’s masterpiece, which also features a fully equipped office, four and a half bathrooms and full kitchen. In addition to this, film maker Woody Allen plays jazz at the hotel’s café Carlyle every Monday night, which just adds to the splendour.

The 23 most anticipated luxury hotel openings of 2020