Tasmania’s wilderness is glorious at ground level. But touring Tasmania from above on an air safari delivers an extraordinary bird’s-eye view of the landscape, writes Susan Elliott.

From a distance, Freycinet’s crushed-rock runway looks a tad narrow. Trees framing the clearing loom like overgrown giants from the Jurassic age. And, I’m told the field slopes to the west. But I’m not the pilot and I trust that with a name like Friendly Beaches Airfield, there is nothing ahead but a happy landing.

Touchdown is a thrill. We cheer like kids – the five metres proves easily wide enough for our Grand Caravan aircraft. The Outback by Air Cessna will tour Tasmania with eight of us onboard for the next nine days.

I’m already in a relaxed mood. No need for ID or a ticket. No tedious check-in or airport security and, best, the freedom to stroll to the hangar and our private plane. Onboard, sinking into a seat swathed in sheepskin, I could have curled up with a book and stayed put.

But Tasmania beckons. Landmarks fly by from takeoff in Sydney: Canberra, Mt Kosciuszko and Wilson’s Promontory. We stop down in Gippsland’s Latrobe Valley for lunch and a refuel before we farewell the mainland to cross the Bass Strait. This treacherous body of water is the nemesis of many Sydney-to-Hobart race boats and the curse of landlubbers on the 24-hour Spirit of Tasmania ferry crossing. At 10,000 feet, high seas are not our concern, the Bass Strait is calm and windless.

In good company touring with Outback by Air

My flight companions are a mixed lot. Dennis and Jill Conway are cattle graziers from Taroom, Queensland. “My number one place in the whole world,” says Dennis at a dinner-table quiz on our favourite destinations. Liane, from the NSW Southern Highlands, recites her 2022 travel itinerary. It’s exhausting. Margaret, from Parkes, is that singular guest who makes you chuckle. At 150 centimetres, full stretch, Marg’s the only passenger who can walk the length of the Cessna Caravan cabin standing upright, and she’s thrilled about it. “For once it’s an advantage,” she laughs. Marg is happy about everything.

The Bass Strait to Launceston

Crossing Bass Strait there’s no laughter, however. Faces are pressed to cabin windows and hands cradle cameras and phones, so as not to miss a photo. It’s hypnotic watching the cloud shadows swirl across the mirror of ocean below. Pockets of rock break the surface. Tiny granite islands that I’ve never heard of, like West Moncoeur Island, Curtis, Cone, Judgement Rocks, Skull Rock, Hogan and Deal Island. Flinders Island, the giant of this waterway, is glimpsed in the distance.

Our first scenic flight in Tasmania is over the Tamar River, also famous for its Pinot Noir. Then we land in Launceston for an exquisite dinner at Hallams Waterfront Seafood Restaurant and bed down at Hotel Verge – Launceston.

Day two starts with a private wine tour of the Tamar Valley region and a long lunch filled with local produce. We then head back to Launceston in the afternoon for our flight to Freycinet.

Trending
11 incredible winter experiences you can have around the world

Taxiing to park at Friendly Beaches Airfield we agree the quirky location is a big reason we’re on this Tasmania tour. Phil Hines, the co-owner of Outback By Air and one of two pilots on every flight, can’t shake his smile.

“The buzz of flying into a bush strip is the thrill of an air safari,” says Phil. “Plus, we’re about to see more of Tasmania in a week than you could see in a month by road.”

Half an hour later, I’m neck-deep in my spa bath at Freycinet Lodge, sipping complimentary whiskey, devouring house-made chocolates and considering whether the rest of Tasmania really is worth seeing.

But sunset is a siren, calling all. We come running and snag stools at the deck bar for decadent cocktails, freshly-shucked Melshell oysters and sautéed Stanley octopus. We hug for photos like lifelong mates. Toes are dipped in the cool water of Richardson’s Beach with promises made to swim there in the morning. Then we dine at The Bay Restaurant where I’m finally introduced to a juicy Cape Grim eye fillet. Its entourage of creamed greens, peas, sugar snaps, fried fermented potato and jus make quite the show. The pretty orange flower garnish is the first bite.

Freycinet is the most popular National Park in Tasmania. Its towering pink granite mountain range, The Hazards, could be a green-screen backdrop for any movie. But on this set, it’s the understudy. Wineglass Bay is the star, a crescent of white sand filled with clear waters that has the celebrity status title bottled – and corked.

We visit it on a four-hour expedition with Pennicott Wilderness Journeys. We are top deck passengers in the catamaran’s Sky Lounge where plump oysters, salmon, smoked meats, breads and cheeses keep us company for a voyage past Schouten Island into the Tasman Sea to Wineglass Bay, which sparkles as if the paparazzi of the world are watching.

The following day, we are the stars. I certainly feel like one on the balcony of my waterfront room at Hobart’s MACq 01 Hotel on Constitution Dock. It is dress circle accommodation on one of Australia’s prettiest harbours, with a city reality show playing on demand. Cray fishermen unload their precious catch, tenders come and go, tourists amble by and Mt Wellington is this theatre’s towering backdrop.

Then, a totally wild day. We’re with Pennicott Wilderness Journeys again for a jet-boat ride that takes us along one of the most remarkable coastlines in the world. Between Port Arthur and Eaglehawk Neck, giant dolerite sea columns, 300 metres high, stretch for the sky – the hexagonal monoliths believed to have formed 180 million years ago.

The boat reverses into one of the massive sea caves (for a hasty escape I wonder?) then we skirt the shores of Tasman Island, which is nose-to-flipper with Australian fur seals snoozing, sunning, swimming and squabbling along the shoreline. Has David Attenborough put out a call? The local wildlife must think it’s a documentary audition – in the air, albatrosses, gannets, terns, sea eagles and petrels abound, while in the water, bottlenose dolphins and sunfish make a cameo appearance.

We spend the afternoon exploring the Port Arthur Historic site, then back to MACq 01 Hobart for a second night in the luxurious hotel.

The days are packed, but the pace is just right. “I don’t want to get up at 5am to have breakfast at 6am and be nice to someone at 7am.” Marg’s just delivered our first smile for the day.

It’s 10am and we’re at Sullivan’s Cove Distillery to taste its award-winning whiskies. It’s never too early for a wee dram. And this distillery is home to the World’s Best Single Cask Single Malt. There’s also time for cheese at Coal River Farm and, with kilos of extra freight in the cargo hold, we fly to Strahan where Dennis is determined to taste a scallop pie. Tasmania’s unofficial signature dish – 10 scallops in a creamy curry sauce encased in a flaky pastry crust – is scoffed in seconds. He’d go another but we are eager to see our waterfront rooms at Strahan Village.

The Spirit of The Wild has blasted its horn, the final call for our journey up the magnificent Gordon River. We know we are in for a treat as we ascend to the luxurious premium upper deck, and sink into our angled leather recliners. Floor to ceiling glass maximises viewing for the day ahead, only interrupted by choices of which Tassie wine or seafood to savour next. There is no better place to enjoy the wonders of this World Heritage wilderness than on the viewing deck. The reflections from the lush green rainforest are a photographer’s dream.

Our last few days are spent exploring two of Tasmania’s most beautiful islands. On King Island, its famous cheeses are upstaged by little penguins. On Grassy Penguin Island, we brave a howling wind to watch them waddle from the sea to their burrows. We discover the unique enticing flavour of the island’s native gin. Some guests opt to play golf on the world-famous Cape Wickham Golf Course. While others relax, content to luxuriate in the stunning views. On the spectacularly wild and rugged Flinders, we explore the beaches with their clear sapphire waters and learn the tragic history of the island. “Herds” of cape barren geese are as common as the cattle in the paddocks.

We enjoy one last scenic flight before our farewell lunch at The River Deck Cafe, with its scenic river views in Albury. There is one last happy landing in Bankstown. Nine days, eight destinations and 3,200 kilometres later our bags and bodies may be heavier, but our hearts are wonderfully lighter.

This article was created in partnership with Outback by Air. 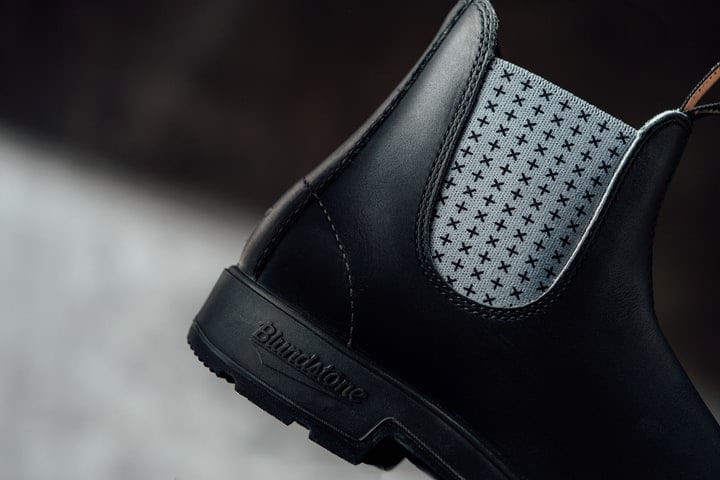