For 20 months, the InterContinental New York Barclay Hotel in Midtown Manhattan has been quietly undergoing a dramatic facelift. Following a standard-setting $180-million-dollar renovation, the property recently reopened to unveil stunning new features, sophisticated design and one jaw-dropping ultra-luxe penthouse that has everyone in Manhattan talking.

The property has been a beacon for well-heeled travellers since its start in 1926 as one of New York City’s first ‘railroad hotels’, so called for its location above the Grand Central Station tracks. A rare private platform in the basement allowed direct access to the hotel for upscale train passengers arriving by private railcar. Today, the InterContinental New York Barclay remains one of the most sought-after hotels in the city, beloved by heads of state, international business moguls and well-seasoned jetsetters. But it’s now, more than ever, that luxury travellers should set out to experience this iconic New York property. 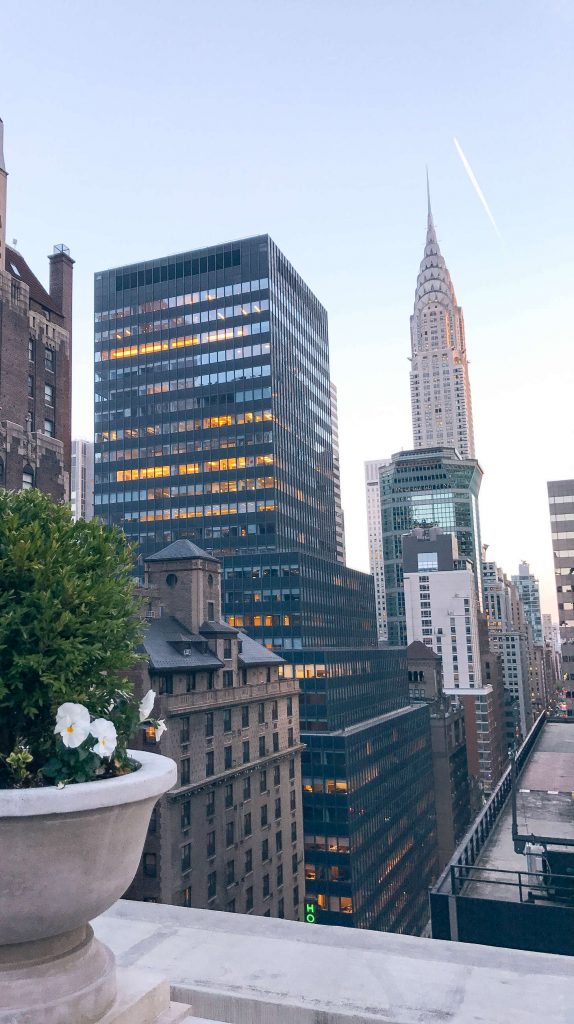 From presidential suite to lavish penthouse

From the beginning, the crown jewel of the hotel has always been the Presidential Suite. The illustrious ultra-luxe penthouse served as Bill Clinton’s New York Campaign Headquarters during his 1996 presidential bid, and it has hosted numerous other former presidents, including President Obama. While the freshly renovated suite has hordes of steadfast admirers, the brand-new Harold S. Vanderbilt Penthouse is the one really stealing the show right now.

For a cool USD$25,000 (and that’s the starting price), this lavish penthouse can be yours for a night. So what does that kind of money get you? Let’s take a look inside.

To start, the penthouse boasts real estate unlike any other in the city. Generally speaking, the average New Yorker is happy if their apartment exceeds 83 square metres. Here, inside the grand six-room Harold S. Vanderbilt Penthouse, you’ll have 250 square metres to bask in… and that’s just the inside.

Beyond the magnificent interior spaces, the penthouse boasts a 120-square-metre rooftop terrace, affording unbeatable views of the Chrysler Building and city lights all around. Swing open the glass doors off the living room and enjoy your morning mimosa on the loungers or gather friends for dinner under the pergola. With that much space, an evening rooftop soirée should certainly be on the cards.

Sophisticated interiors fit for a king

Back inside, high ceilings and floor-to-ceiling windows create a palatial living space, where New York-inspired works of art adorn the shelves, which surround a massive television (comprising nine individual flat screens). Down the hall, you’ll come upon two stately bedrooms: one master with a plush king bed and a second room with two double beds. The master bathroom will really capture your attention with its bright and spacious marble interior, gold fixtures and custom terry robes. All throughout, the suite’s modern Federalist décor incorporates rich colours like slate grey, navy and gold in a way that breathes new life into the noble palette.

Instead of riding on the coattails of the latest modern trends, the designers behind the hotel’s renovation sought to embrace a classic-luxury style. As a result, the new penthouse offers a refreshing level of comfort and sophistication, and like the rest of the property, it reflects both the worldliness of its guests and the rich history of its hometown city. The space may be fit for any foreign king, but at its heart, it still feels like quintessential New York.

A penthouse suite this luxe? Right in the centre of the Manhattan? You’ll literally be on top of the world – cheers to that!

by Sarah Driggs of Compass + Twine

Sarah Driggs and Lindsay Ridenour are the storytellers behind the NYC-based luxury travel blog, Compass + Twine. Follow along on Instagram @compassandtwine as they unearth some of the best hotels and travel experiences around the globe. From scenic landscapes to local cafés, they reveal the true character of a destination, always highlighting the best place to stay!

The 23 most anticipated luxury hotel openings of 2020