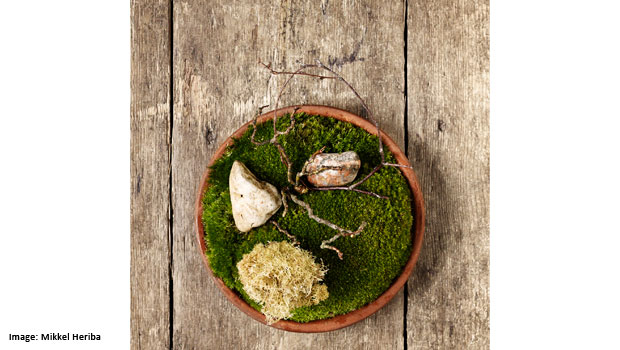 Years before he was labelled a gastronomical genius, before his Copenhagen restaurant, Noma, was lauded as the best in the world and transformed into a Mecca for foodies everywhere, and before the magazine covers and global media attention, Danish chef René Redzepi dreamed of plying his trade in Japan.

“I wanted to go beyond being an occasional visitor and witness,” he wrote in a recent issue of Saveur Magazine. “I wanted to get as close as possible to the country’s mind-boggling culinary variety and the devotion to craft that fellow chefs from the West speak of in hushed and reverential tones.” 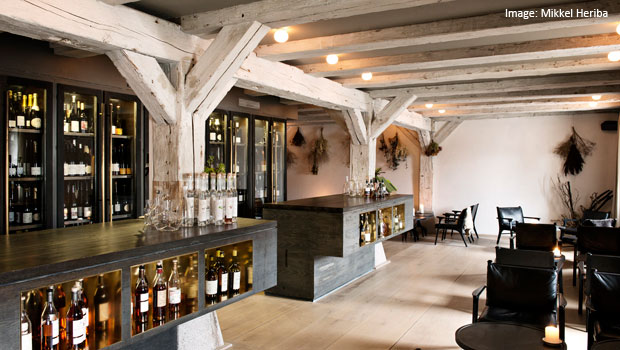 Well, Redzepi’s long-held dream has come true. This month and next, he and his entire staff will be setting up shop at the Mandarin Oriental in Tokyo, and food lovers in the Japanese capital – and beyond – couldn’t be more excited. Hotel and Noma managers initially offered lunch and dinner seatings from 9 to 31 January, but they’ve since opened a second window from 2 to 14 February. Twice daily (except Sundays), they’ll host forty-four diners in the main restaurant space and ten in a private room. They’re also holding a fundraiser on the evening of 28 January to benefit Redzepi’s non-profit organization, MAD.

Redzepi co-founded Noma in 2003 and quickly shot to fame by reinventing Nordic cuisine, creating dishes dependent on ingredients foraged from the forests and shores of Denmark and elsewhere in Scandinavia. The resulting menu at the two-Michelin-star establishment, which only seats about 40 people, is equal parts mouthwatering and mind blowing: fried Finnish reindeer moss with pulverized cep mushrooms; beef tartare accompanied by live, anesthetized ants; lacto-fermented gooseberries with lemon verbena oil and lavender; vegetables served in terracotta pots with ‘edible’ soil; roasted bone marrow. Redzepi and his team brought their traditional fare to London in 2012, but they’ll be wiping the cutting board clean for Noma Tokyo.

“We will leave the Nordic ingredients at home in Denmark and use mostly Japanese produce,” Arve Krognes, Noma’s PR & Administration Coordinator, told Signature Luxury Travel & Style. “The menu will be inspired by the traditional kaiseki [multi-course] meal, but will not be a copy as such. We will not serve sushi or try to reinvent Japanese cuisine in any way.”

Krognes adds that it’s a “new challenge for us to discover a different world of ingredients and produce,” a challenge Chef Redzepi views as an important opportunity to shake up his successful day-to-day operation.

“Being here [Japan] throws us off balance. Who knows what will happen,” he wrote in Saveur. “Getting out of your comfort zone is an important part of being a cook. Give it a try sometime. Not knowing what will happen next has always led us to good things. And it’s that uncertainty and adventure that we’re craving right now.”

It’s a culinary adventure Redzepi’s fans have also clearly been craving. They’ve been building up a buzz for months and snapping up reservations, along with the stay-eat packages offered by the Mandarin Oriental. Those still interested can make inquiries via Noma’s reservation page or the hotel’s booking request page. 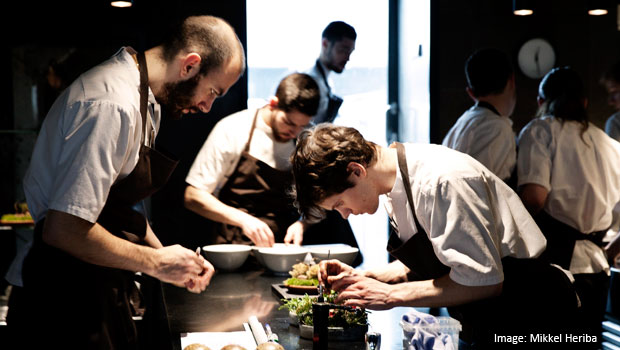