Amelia Hungerford falls for New York with its extraordinary cocktail bars and the bright lights of Broadway, sharing a stay at two very different hotels.

Central Park is dusted in the beginning of a snowfall as we arrive at one of New York’s most creative cocktail bars. The Aviary NYC is perched 35 floors above Central Park and Columbus Circle in the Mandarin Oriental, New York, and it’s easy to see why chef Grant Achatz and Nick Kokonas of Alinea Group chose this as their first venue outside Chicago.

What looks like a science experiment is placed before me, the blue flame of a bunsen burner working its magic on amber liquid in a beaker. It bubbles up to a vacuum coffee pot and plumes of scented smoke soon waft out the top. Somehow, my amber drink (fittingly named Science A.F. for penicillin discoverer Alexander Fleming) is now a rich red. Whatever alchemy just happened is a good thing – the cocktail is delicious.

Drinks aren’t all that’s on the menu at this sensuous venue and we regret eating dinner before we came. For a set price, you can journey through three or five cocktails matched with small plates.

And that’s not all. Behind the cocktail kitchen, a discreet door leads into a wood-panelled room where leather armchairs huddle together and a rare extinction cabinet houses the ‘dusty bottles’ collection. This is The Office NYC, a prohibition-style speakeasy bar Zelda Fitzgerald would have loved.

We enjoy the same bird’s-eye perspective of Central Park from our impeccable 48th-floor room. I savour a freshly delivered pot of green tea on the chaise longue beside the window, the skyline lit up before me.

As easy as it might be to stay inside the hotel (The Spa at Mandarin Oriental, New York ranks among the city’s best), that’s not why travellers flock to the Big Apple. Food and drink, however, are and it’s not just high-end establishments that get people talking.

We head downtown to one of Manhattan’s dining institutions: Katz’s Delicatessen. The process here is bewildering – take a ticket, choose a cutter, tip the cutter, eat, then pay and tip again and, for heaven’s sake, do not lose your ticket – but the skyhigh pastrami sandwich is worth the confusion (and potential heart attack).
This deli dates back to 1888 and is best known for its appearance in When Harry Met Sally, but it’s not just for tourists. We talk to several locals whose families have been dining here for generations.

East Village and SoHo’s other happening destinations tend to be on the newer side. We stroll the streets at a leisurely pace, past art galleries, cafes serving Australian-style coffee, and boutiques dedicated to everything from pens to motorcycles. Behind the grit, there is a pervading air of cool that has nothing to do with the temperature. It reaches an apogee at The Standard, East Village, where hip young things shelter from the cold with fondue and yurts in the Winter Garden.

Cocktail bars abound in this neighbourhood. PDT (Please Don’t Tell) gives you the full speakeasy experience: lift the receiver in an old phone box next door to access the hidden entry. (As a side note, PDT will soon open at The Landmark Mandarin Oriental, Hong Kong.) Not far away on East 6th Street, the menu at Death & Company is littered with so many obscure ingredients, ordering can feel a bit like a lucky dip.

We brave the wind-chill factor the next morning to walk the High Line from West 34th Street to Gansevoort Street in the Meatpacking District. This elevated park celebrates its industrial heritage as a train line. Abstract artwork is dotted along the winding path and there are plenty of spots to pause and admire the streetscape.

Once in the Meatpacking District, take a tour through the Whitney Museum of American Art and grab a bite in the Chelsea Market, an upmarket food hall. Los Mariscos’ fish tacos are cheap and delicious, if you can find the entrance.

When you’ve had your fill of street eats and darkened cocktail bars, there’s more to explore. At The Pierre, A Taj Hotel, we experience a New York that is almost unchanged since the hotel’s opening in 1930. There are white-gloved lift operators, crystal chandeliers and the ceiling frescoes and hand-painted murals of The Rotunda. The Indian influence is evident in the sumptuous, embroidered silks and scented Etro amenities inspired by Rajasthan.

Down in Two E Bar and Lounge, British and Indian traditions combine in the afternoon at Tiffin & Tea, transforming into a glamorous Art Deco bar by night.

The decor at the Pierre, a Taj hotel, is elegant and refined

Father of modern French cuisine, Auguste Escoffier, was brought in to create a celebratory menu for the hotel’s opening and its signature restaurant Perrine remains a bastion of culinary refinement. We enjoy a sample with a late-night in-room feast; the shoestring-cut chips are the best we’ve ever tasted.\

As a fan of musicals, I can’t resist the dazzling lights of Broadway. Hamilton, the Tony Award-winning hip-hop retelling of the life of Founding Father Alexander Hamilton, still draws the crowds to the Richard Rodgers Theater, despite its original cast long since departing. If you’re not the sort to listen to a musical before seeing a show, make an exception in the case of Hamilton; composer Lin-Manuel Miranda manages to render the nuances of the budding US fiscal system riveting.

If seeing a show isn’t enough, Millionaire’s Concierge can make you a Broadway insider with personal meet-and-greets, theatre tours and even dinner with your favourite stars.

If you’d rather go grand, pay a visit to The Metropolitan Opera, housed in one of the world’s great modern opera houses. Choose from classics like Madama Butterfly and The Merry Widow, or see something new, like Thomas Adès’ The Exterminating Angel. The lobby is also wonderful for people watching.

New York views never get old and few can match the panoramas offered from the Top of the Rock, the tiered observation deck of 30 Rockefeller Plaza. Skip the lines by making a reservation at Bar SixtyFive a couple of floors below and soak up the cityscape over a cocktail or dinner at the Rainbow Room.

At long last, you can have breakfast (or lunch or afternoon tea) at Tiffany’s. The Blue Box Cafe opened in November in the jewellery store’s Fifth Avenue flagship, immersing visitors in a world of signature blue. The menu offers classic cafe fare, including – as Audrey would be delighted to know – croissants. 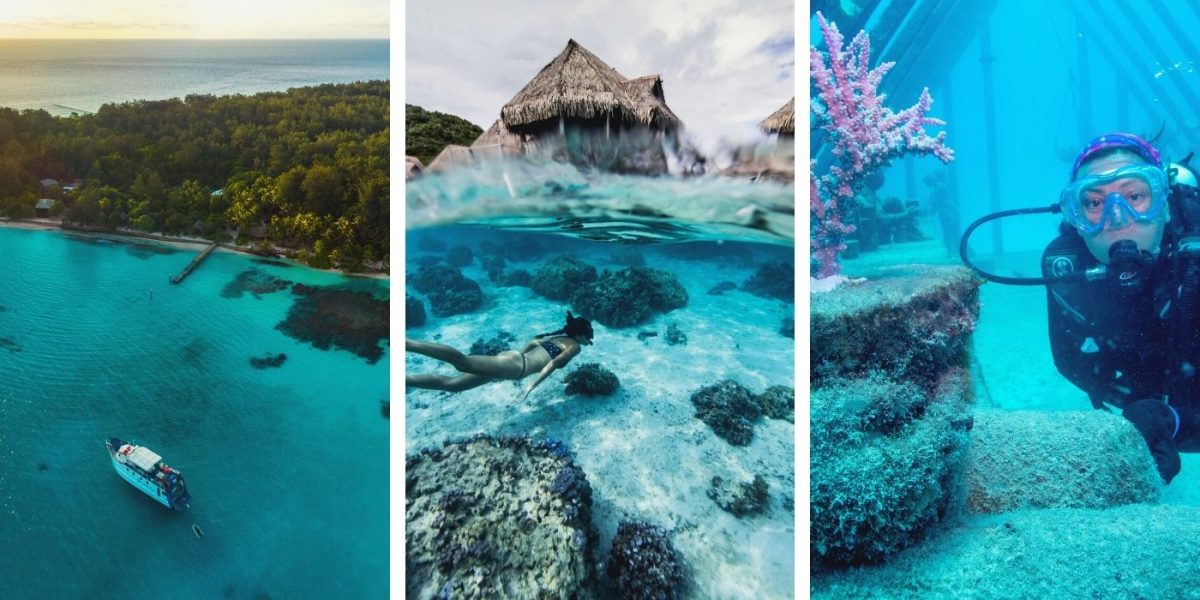 Luxury Resorts join the fight to save our oceans