The five-star luxury guide to Tokyo

The intersection of new and old lies at the heart of Tokyo’s appeal. The frenetic energy of its streets and glowing skyscrapers contrasts with the quiet contemplation of its rituals, ceremonies and gardens. Centuries-old shrines share streets with department stores and karaoke joints, and traditional artisanship jostles with high design and kawaii trinkets. In this exhilarating maelstrom, discerning visitors are spoilt for choice. 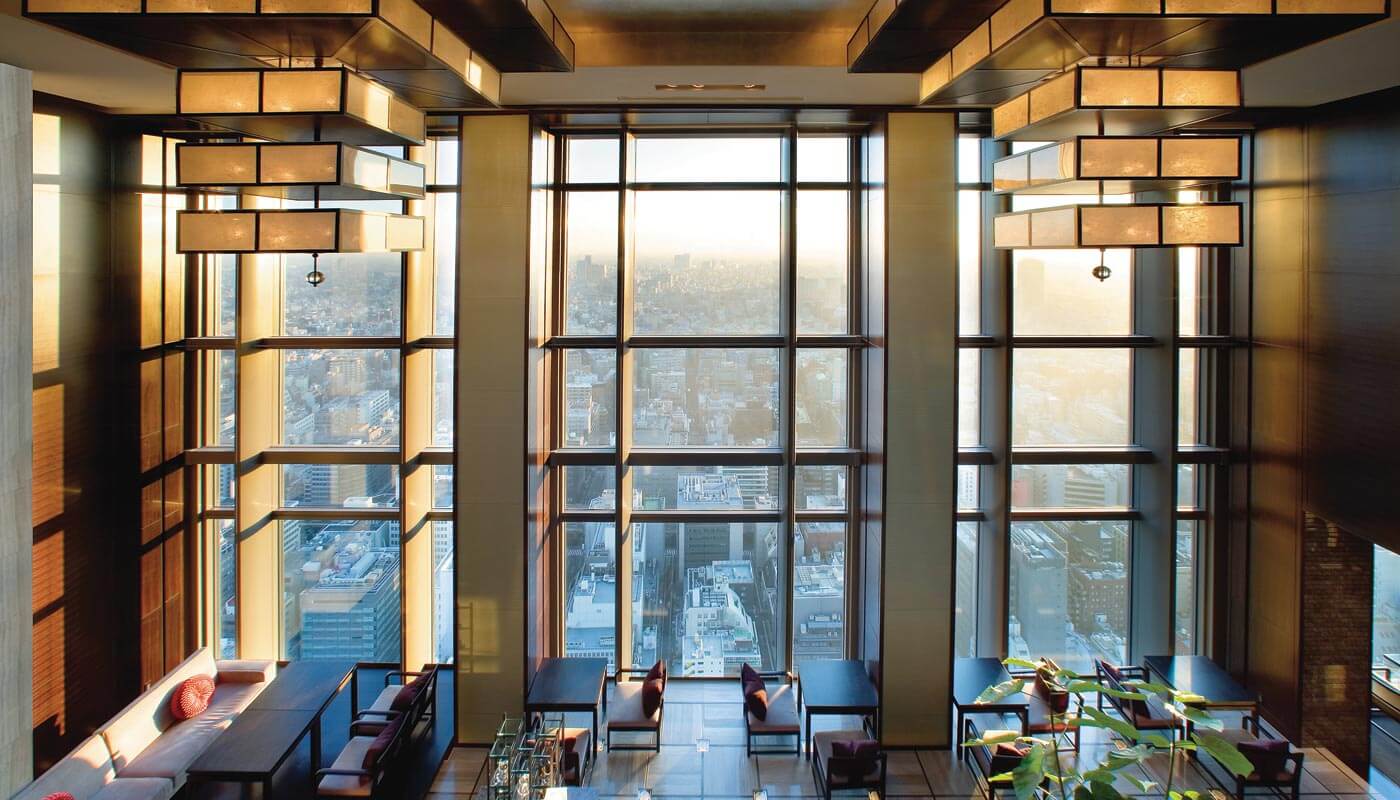 An afternoon of shopping in Ginza is a must for well-heeled travellers, strolling among Tokyo’s sprawling department stores and flagships of brands from French couturiers to Mikimoto pearls. Go on the weekend after 12pm, when the main thoroughfare, Chuo Dori, is closed to traffic.

If it’s authentic culture that you seek, Tokyo is brimming with attractions that showcase its heritage. Historic Asakusa is home to the city’s oldest Buddhist temple, Sensoji, as well as rickshaw rides, kimono experiences and vibrant Nakamise Shopping Street. The Shinto Meiji Shrine, preparing for its 100th anniversary in 2020, is set within a peaceful 70-hectare forest, while adjacent Yoyogi Park features long cycling trails and the chance to see a fascinating cross-section of local clubs – from theatre to rockabilly – meeting, rehearsing and performing.

If Yoyogi Park offers the people-watching, Shinjuku Gyoen National Garden offers the beauty, spread out over themed, landscaped gardens. Autumn visitors are greeted with fiery displays of red, orange and yellow as the leaves change colour in the seasonal phenomenon known as koyo.

Looking for less tranquil pleasures? Sumo is not only Japan’s national sport but also a sought-after cultural experience. Official tournaments take place three times a year in Tokyo (in January, May and September), and travellers may be able see the rikishi (wrestlers) in the streets around Ryogoku’s Kokugikan arena. Some training stables will even allow visitors to attend their morning practice for an up-close look at this ancient sport. 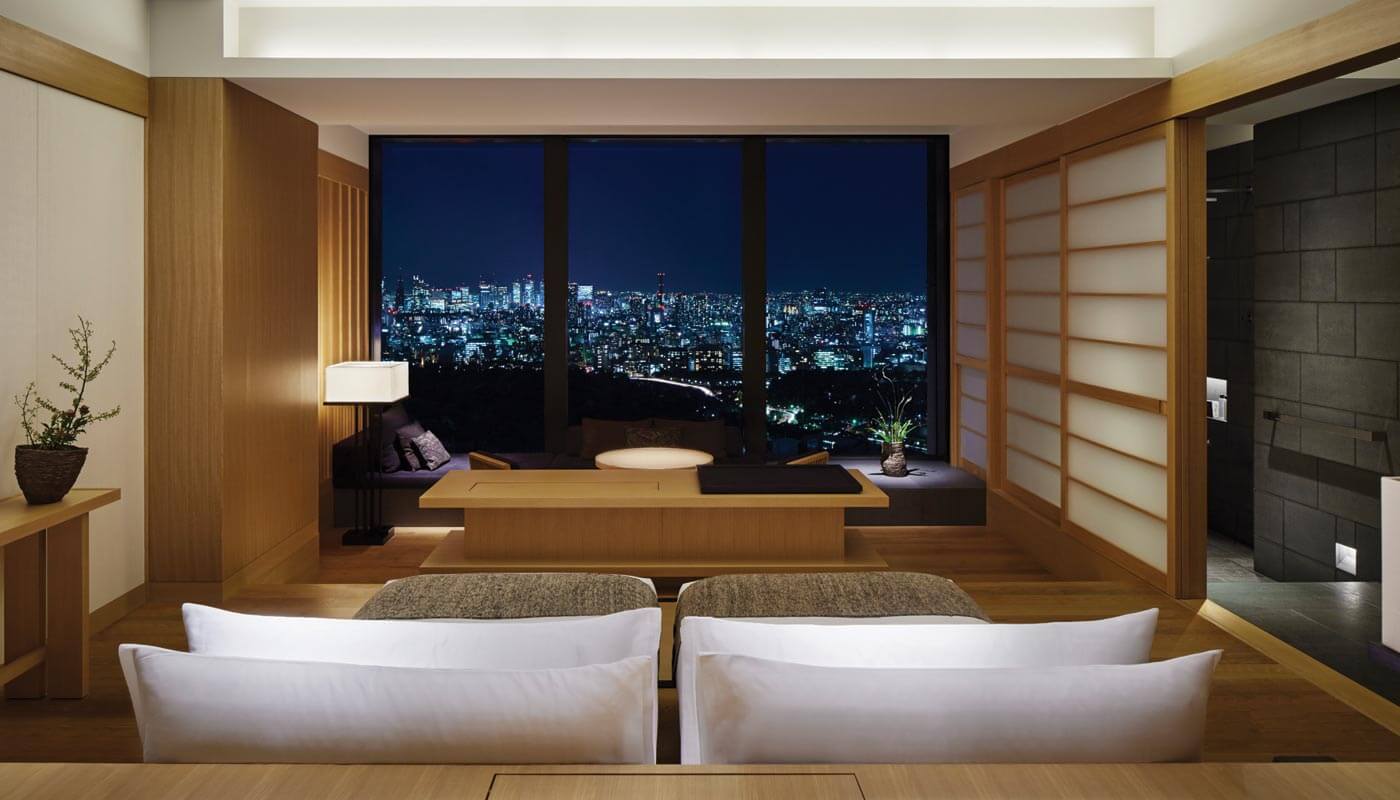 Culinary experiences are one of the greatest lures to Tokyo for discerning travellers, and – with 234 restaurants awarded stars in the 2018 Michelin guide – there is no shortage of gourmet delights on offer. Tradition is still an unbeatable drawcard. Take eight-seat Sushi Saito, which continues to astonish diners (those that can get in, that is) with its impeccable morsels of the day’s catch; the three-Michelin-starred sushi restaurant is venerated as one of the finest of its kind. Kaiseki ryori, the elaborate multi-course meal that showcases Japanese cooking methods, is still considered the pinnacle of Tokyo haute cuisine. A new generation of chefs are adding their own twists to this traditional dining style, epitomised by Zaiyu Hasegawa of Den, the modern kaiseki establishment that was hailed as Japan’s Best Restaurant at the Asia’s 50 Best Restaurants 2018 awards thanks to its humorous, international take on the form. Sitting at number six on the same list is Yoshihiro Narisawa’s eponymous restaurant, the proponent of a style named ‘Innovative Satoyama’ in honour of produce from the area between mountains and villages.

If you’re looking for international flavours, Japan is home to a legion of chefs that have mastered modern French cuisine. Shuzo Kishida has been lauded for his degustation menus since opening Quintessence in 2006, claiming three Michelin stars in the 2018 guide, while Shinobu Namae gives French flavours a playful twist with his poetically titled dishes at two-starred L’Effervescence.

For a more cultural experience, you can’t go past izakaya, the Japanese gastropubs known for sharing dishes, a casual atmosphere and an extensive drinks list. Kaikaya in the Shibuya district is particularly popular with foreign guests thanks to its friendly service and hand-illustrated menu. 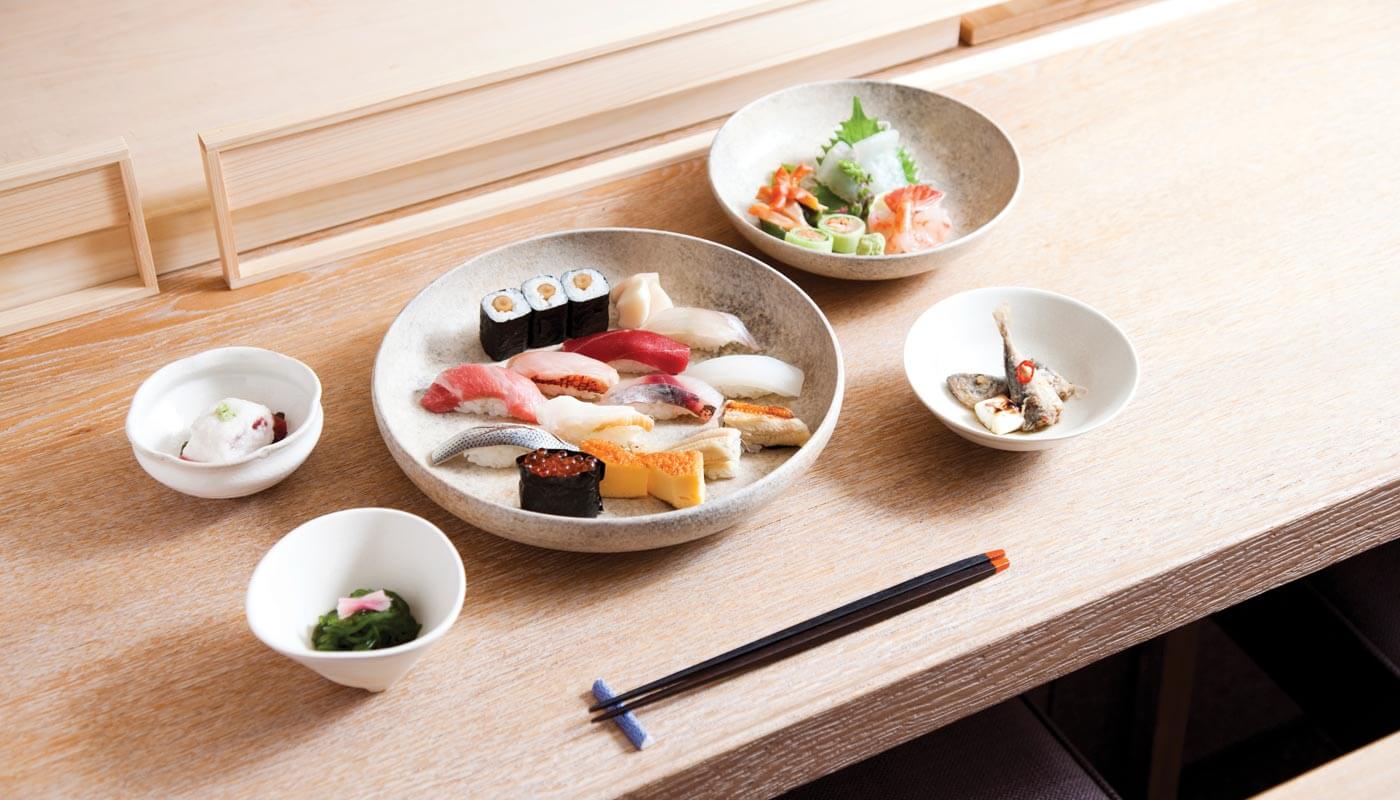 Like its cuisine, Tokyo’s hotel scene caters for all tastes, whether you seek internationally branded refinement or a five-star take on the ryokan (traditional inn). Many of the former reside in the upper floors of the city’s glossy skyscrapers, stunning guests from check-in with some of Tokyo’s finest views. Park Hyatt, Andaz, The Peninsula, The Ritz-Carlton, Mandarin Oriental, Shangri-La and Four Seasons (with just 57 rooms) all have sophisticated outposts in central areas.

Palace Hotel Tokyo offers a serene location beside the Imperial Gardens, offset by a program of cultural immersion. Aman’s first urban resort, occupying the top six floors of Otemachi Tower, combines the brand’s understated opulence with Zen reflection pools, washi rice paper and one of the city’s most indulgent spas, while HOSHINOYA Tokyo lays claim to being the city’s first truly luxe ryokan. Despite its location within a 17-storey tower, you’ll feel transported to a simpler time, with tatami mats, cotton futons and onsen.

Even beyond the city, the Tokyo prefecture delivers five-star comfort, albeit with a touch of wilderness. Popup glamping operator Circus Outdoor opened its first permanent camp this year, overlooking Lake Okutama in Chichibu Tama National Park. The five tents range from one- to four-person layouts and each features a whimsical design of antiques and textiles that represent the opposite of ‘roughing it’. Multi-course meals highlight seasonal ingredients, while guests of the top-tier Royal Griffin tent may enjoy a private dining experience with views of the lake.

No matter where you choose to stay or what you choose to do, you can be assured of the wholehearted service of omotenashi that defines the spirit of Japanese hospitality. 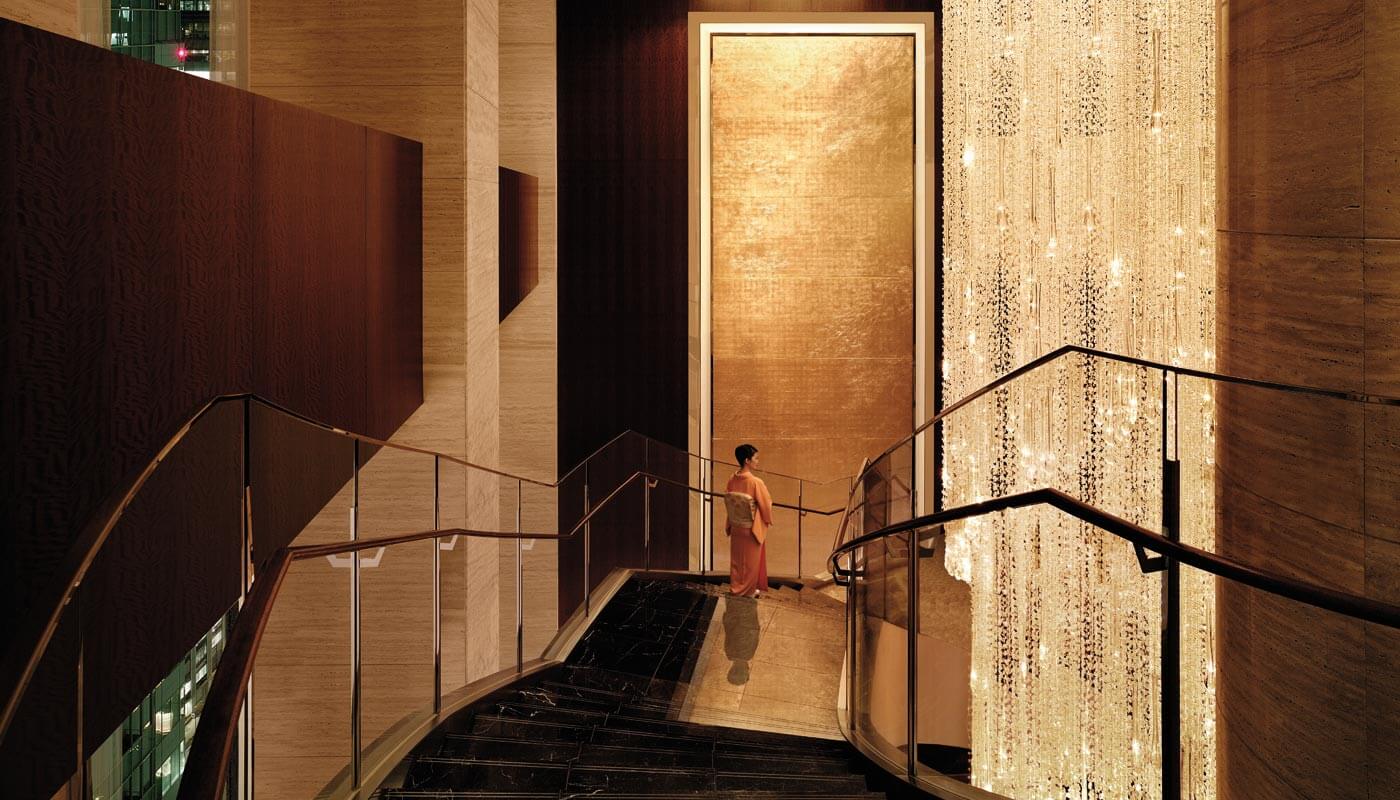 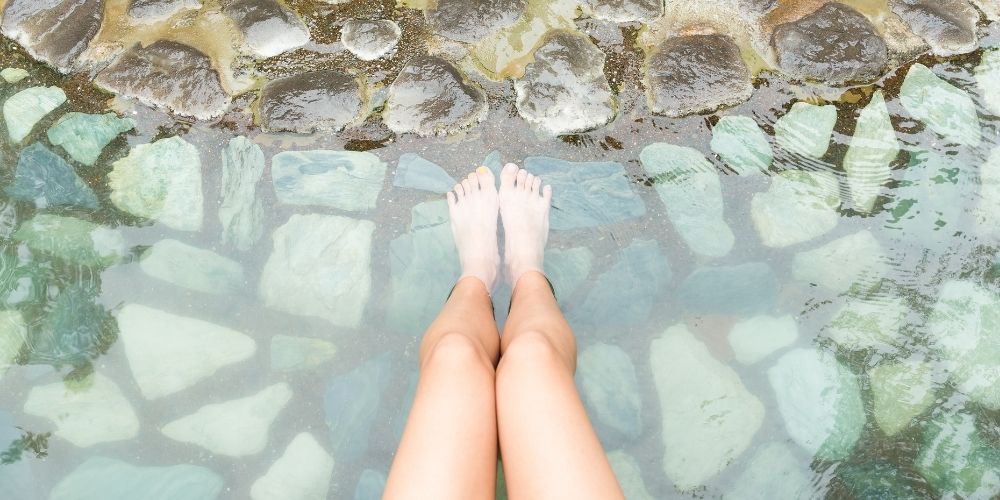 What to expect from a traditional Japanese tea ceremony in Tokyo 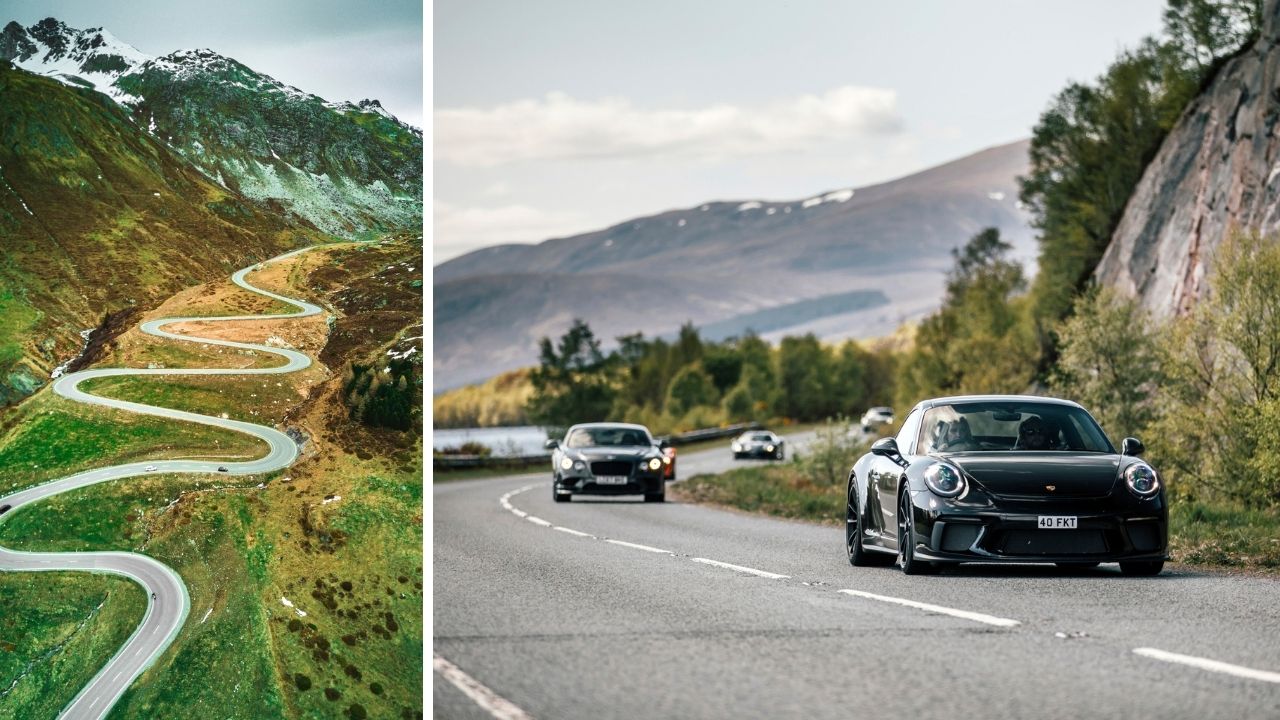