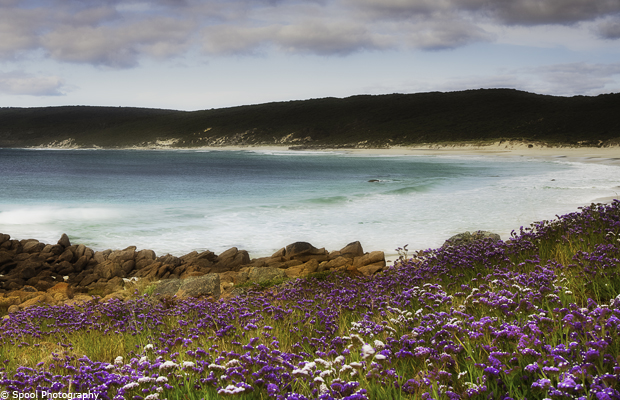 Putting Margaret River on the map

If I could move to Margaret River, I would. Alright, so there’s no nightlife to speak of. No hot clubs or fancy urban rooftop bars, no grand national museums. But who needs all that when you’re sharing a squint-it’s-so-long stretch of beach with seven other souls at sundown, searching for seashells as locals haul in herring for Saturday night feasts. Or, shortly after sunrise, watching dolphins dart by as surfers bob out in the waves, ever mindful of the sharks that prowl these coastal waters. It’s all about big sea, big sky and few concerns. Oh, and lest we forget the wine. Margaret River is an absolute delight, as more and more international travellers are discovering. And with the Busselton-Margaret River Airport expanding to take direct flights from Australia’s east coast, domestic tourism in the South West is expected to leap to the next level.

For now, though, the gateway to Margaret River remains Perth, the sleepy capital of Western Australia. Once written off as a backwater, the city has flourished thanks to the country’s resources boom. The spoils include the ambitious and awe-inspiring Elizabeth Quay redevelopment project, a new stadium and museum in the pipeline, and the recently opened COMO The Treasury, Perth. The 48-room hotel, located inside the painstakingly restored 19th-century former State Buildings (Treasury, Post Office, Land & Titles), easily holds its own against any urban property. The brainchild of Perth developer Adrian Fini and Perth-born architect Kerry Hill, the hotel oozes history and charm, from its warm brick facade, elaborate cornices and slate roof tiles to the contemporary whites, beiges and blond woods of its interiors, all striking against the original jarrah flooring and scattered shadows of the past: steel vault doors, ornate fireplaces, an old boot encased in glass.

The Postal Hall, with its white-and-glass soaring ceiling, houses Post, a self-styled “neo-bistro” with enticing menus inspired by Australian and French cooking. Nearby, you’ll find a flower shop, boutiques and the diminutive Telegram Coffee, a must-visit on weekdays. But there’s much more, including the Thai restaurant, Long Chim, and the triple-threat Petition: a low-key establishment with comfort food that’s heavy on local produce; an 18-tap craft beer pub; and a wine bar/merchant. Consider the complex also houses Halford, an under-the-radar cocktail bar located in what was once the basement safe room of the Titles Building, and you’ll have to push yourself to leave and explore the rest of Perth (along with its cooler cousin, Fremantle). In a crowded lift one Saturday night on the way to the rooftop fine-dining restaurant, Wildflower, I could feel the energy in the air and immediately understood this place is just what people in this big country town had been waiting for.

Luxury stays near the vineyards

A few hours later after leaving Perth, we were in the heart of wine country, where field after field of grapevines blurred by as we made our way to a cliff-side hideaway, Injidup Spa Retreat. The cosy, fire-lit villas come with modest kitchens and face the vastness of the Indian Ocean, the dull roar of waves and birdsong the only sounds breaking the silence. The smell of fragrant wildflowers and plants fills the air; the sky, expansive and ever-changing.

“You just have to look at this view and see the beauty of the ocean and the Australian coast,” Buddhist monk and masseuse Joel Pauleau noted during our chat after my treatment in one of Injidup’s light-filled, soothing spa rooms. “There’s a sense of beauty and peace that is very inspiring to me, and I think it’s inspiring to many people.”

You can find that inspiration walking the coastal Cape to Cape Track, as I did one afternoon (perhaps foolishly) in barefeet, wincing as I trekked across sharp stones, then revelling in the relief I felt as the meandering path turned to soft sand. The trail forks down to Injidup Beach, where one morning we spied a solitary figure casting a rod into the roaring waves.

“We just like the outdoor lifestyle,” explained local maths teacher Alex Bayley, who recently moved here with his young family from Perth. “You come down the beach today and there’s no one.” Out in the water, though, it was busy, and Bayley interrupted himself on a couple of occasions to point out a passing pod of dolphins.

A stone’s throw up the coast lies Injidup’s sister property, Smiths Beach Resort, named after the savage beauty of a beach its chic collection of accommodations overlooks, all equipped with kitchens and barbecues. We stayed in an ocean-facing house and kept the sliding doors wide open to the elements (here again, another dolphin sighting). We alternated between cooking up a bounty of fresh food, dining at Lamont’s Restaurant on the property, and trying out nearby restaurants, tops among them the local favourite Little Fish. In the morning, we’d drive into the beguiling town of Dunsborough for a coffee at the hip Albert & Nikola or the uber-laid-back Yallingup Coffee, the caffeine fuelling our repeated visits to the boutiques One Palm and Merchant & Maker General Store, or our wanders through the Christian Fletcher photo gallery on our way to the Dunsborough shore.

But shopping and coffee are, of course, trumped by the divine nectar that lures most people to Margaret River. The number of options is dizzying, vineyard after vineyard with their cellar doors thrown open offering tastings of Cabernet Sauvignons, Sauvignon Blancs, Chardonnays, Merlots and more. I countered my indecisiveness with a last-minute plan to go old school and then new school. For the former, I cruised down Caves Road, past fields dotted with cows and sheep and the odd troop of kangaroos, to the first vineyard to bottle wine in this regions, the biodynamic and carbon neutral Cullen Wines. I tried some bold, gutsy reds with hints of chocolate and spice before sampling my personal favourite, the Kevin John, a Chardonnay named after one of the founders.

“This one’s got it all,” I’m told. “The minerality, the creaminess.”

Cullen’s neighbour, Vasse Felix, is another pioneer from the late 1960s, actually Margaret River’s first vineyard and winery, though its inaugural harvest was unsuccessful. Their stone-walled cellar door houses a simple, walk-up wooden bar where I enjoyed the contrast between the sheer power of the signature Cabernet Sauvignon and the light, classic dry Semillon-Sauvignon Blanc blend. Visitors who wish to linger can move to the inviting lounge and order cheese, olives, and other snacks before spilling out onto the porch that faces the vines and exploring the picturesque grounds.

After kid-friendly stops at the mouthwatering Margaret River Chocolate Factory and Sunflowers Animal Farm, my new-school wine tour took me down a bumpy side road and into the fields owned by American Will Berliner, a bit of a disrupter in this industry whose Cloudburst Wine seemingly came out of nowhere to sweep a local competition in 2013.

“It was kind of like winning the Oscars for best, best, best,” he recounted one morning, standing among some of his roughly 12,000 vines and gesturing with hands roughened by manual labour and tinged with his chemical-free, compost-enhanced soil.

Berliner started out distributing his small, premium line of wines to the US, where the buzz has been big, but now he sells some of his annual haul of 450 cases in Australia, Hong Kong and Singapore.

“I’m not making three levels of wine. I’m making just a top wine. And I’m not cutting corners,” he said passionately before hosting a one-on-one tasting from the back of his ute, talking up the nuttiness of his 2013 Chardonnay while noting the hints of grapefruit and lemon myrtle.

Braving the waters of the Indian Ocean

And while Berliner also spoke of the positive effect the sea breezes and salt-infused air have on his grape crop, it’s not something limited to his piece of paradise. It’s everywhere, really, especially down at the beach, where a fair number of people shrug off the risk of running into a shark (some saying you’re more likely to be hit by a car) and wade into the Indian Ocean toward a horizon they’ll never reach. Day after day, the sign on Smiths Beach read Warning: Shark activity / Date: Continuing / Time: All day / Type: All, but that didn’t faze swimmers and surfers, among them Chris Ioppolo and Simone Burn.

“If you’ve got the passion to surf, you’ll go out regardless,” said Ioppolo.

If risk isn’t your cup of tea, though, you can easily find some worry-free swimming holes in the Margaret River region, as I did when I went for a paddleboard lesson one afternoon with Yallingup Surf School instructor Katie Coryell, a former American surfing champion who now calls Western Australia home. We spent the better part of an hour chatting as we glided back and forth in the reef-protected Yallingup lagoon, where surprisingly small kids learn to ride waves as their parents watch from shore. Coryell, who also teaches paddleboard yoga in Dunsborough (yes, that’s a thing), talked about her deep affinity for her chosen home and marveled over its glorious wildness as if she were seeing it with fresh eyes.

“We’re kind of in a bubble here,” she confided with a laugh. “Don’t tell anyone!”

Surf’s up. The best Maldivian resort to learn how to hang ten

10 of the best luxury hotels in Switzerland

Hearth at The Ritz-Carlton Perth: Sleek dining by the Swan River