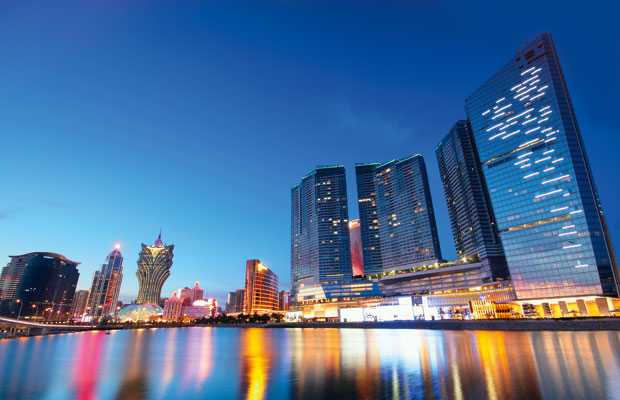 Since the days when Portuguese traders established Macau as a gateway to the Orient, this famous centre has charmed the world with its east-meets-west attractions and cultural values. Today, Macau thrives on characteristics that blend the old and the new, with recent contemporary additions complementing the peninsula’s historic legacies, many of which are protected by UNESCO World Heritage status.

Take a stroll along the narrow streets and through the colourful squares of old Macau and you will see beautiful Portuguese architecture alongside centuries-old Chinese temples and gardens. You’ll also stumble upon large neon-lit precincts, a majority found on reclaimed land, and the Cotai Strip which links the Macau islands of Taipa and Coloane.

Barra Square, Lilau Square and the world-famous Senado Square are among a host of districts that flourish with sites equally as fascinating as the iconic Ruins of St Paul’s, once the largest Catholic Church in Asia. Other locations of interest include the Chinese treasures of Na Tcha Temple, Lou Kau Mansion and the much-photographed A-Ma Temple on the peninsula’s waterfront which is a hive of activity, known for being the old gateway to China and virtual birthplace of Macau.

Once you have conquered the historic hub on Macau peninsula, venture across one of the serpent-like bridges to Taipa and visit the village before heading to the Cotai Strip where large developments such as the Venetian Hotel and Resort Macau, Sands Cotai Central, Galaxy Macau and the City of Dreams offer a large array of entertainment options.

The now-connected island of Coloane, is known as the lungs of Macau, it’s the place for golf and walking trails and is the home of a tiny fishing village worth exploring on foot. 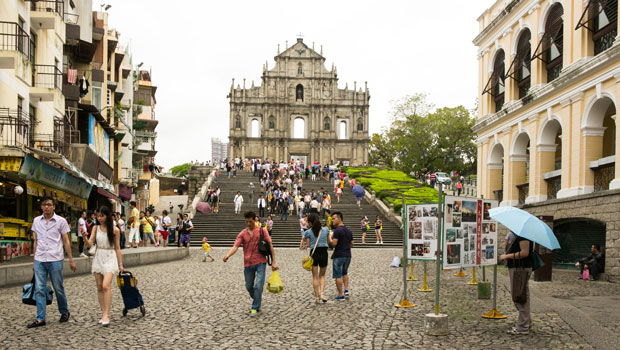 Getting around Macau has never been easier. There are many free shuttle buses that connect you from the Macau International Airport, Ferry Terminals and the Boarder Gate to many of the hotels across Macau.

As a traveller, you will find it convenient and inexpensive to take the public buses which are both modern and air-conditioned. Taxis are also regarded a convenient option in this relatively small city.

If you want to try something a little different, hire a pedicab (aka a tricycle rickshaw). It’s a unique, romantic and airy form of transport which visitors can hire if wanting to explore the captivating waterfront of the Nam Van and Sai Van Lakes as well as the older historic streets of downtown Macau.

For many, Macau is a city worth exploring by foot which is why the Macau Government Tourist Office has created a series of self-guided walking tours. These cover not only the major historic sites but also narrow lanes which lead to a few eye-catching surprises. These routes will direct visitors to a number of fascinating churches, parks, fortresses, museums and galleries, as well as to the many eateries that dot the historic corner of the former Portuguese enclave.

There’s also a free “Step Out, Macau” mobile app which can be downloaded to all phones, offering invaluable assistance during your stay.

Such tranquil parks as Lou Lim Ieoc Garden and Luis de Cameos Garden and Grotto are worth strolling through, as is the loop around Guia Hill for its spectacular views of Macau and neighbouring Zhuhai on mainland China. You are also able to visit the 17th-century Guia Fortress with its 1865-built lighthouse and tiny chapel free of charge.

Cuisine and eating out 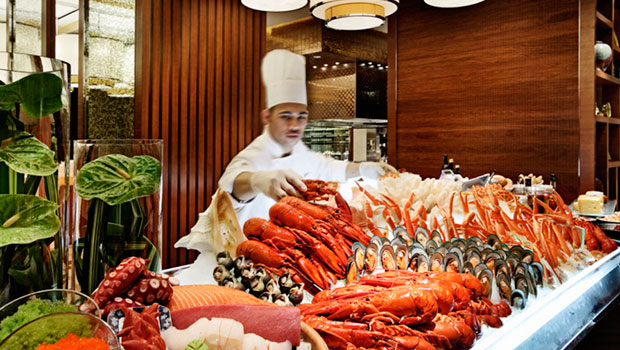 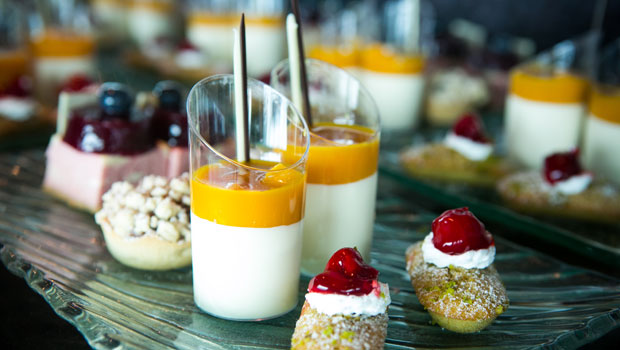 Macanese food – which is a fusion of Portuguese, African, Southeast Asian and Chinese cooking – has gained international recognition after being enjoyed by travellers for decades.

Macau is definitely a city on the move, but it never loses its unique blend of Chinese and European cultures. In recent years, Macau has become firmly planted on the map as one of the world’s culinary destinations, following an influx of internationally renowned restaurant brands from around the world and celebrity chefs that take Macau’s gastronomic scene to new heights.

Among the popular Macanese and Portuguese restaurants are Litoral, Oporto and A Lorcha, all within a close walk of A-Ma Temple. Make sure to order the spicy African Chicken, the local dessert Serradura, and experience the originalMacau Egg Tarts at the Lord Stow’s Bakery in Coloane. Within a close distance of Senado Square you’ll find the popular eateries Escada and Platao, while in the old Taipa village there’s O Manel and the more upmarket Antonio’s, on Coloane Miramar.

Both on the peninsula and along the Cotai Strip there are a number of quality fine dining restaurants within the giant precincts. Among them are the three-Michelin-starred Robuchon au Dome (French style) and the two-Michelin-starred The Eight (Chinese style), both within the Grand Lisboa. Across the way at Cotai you’ll find fashionable restaurants such as Messa9 and Beijing Kitchen, to name just two. 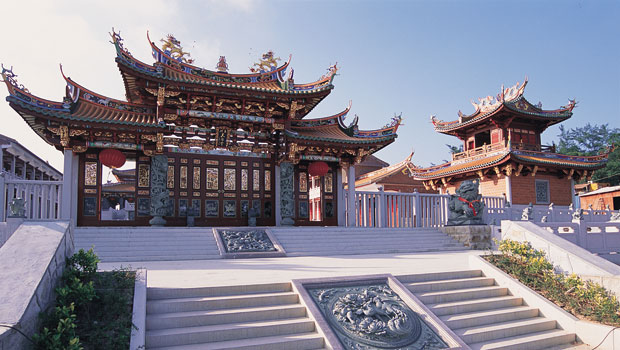 Macau has diversified and improved its offerings in recent years to provide world-class but affordable luxury hotels and resorts, designer shopping, as well as many more dining and entertainment options.

Dwarfing many of the historic sites are the shapes and figures of a new Macau, like the soaring 338-metre Macau Tower, home to the highest Bungy Jump in the world and AJ Hackett recreation facilities.

Scattered throughout Macau are a growing number of sophisticated entertainment venues with colourful spectacular shows such as ‘Taboo’, ‘The House of the Dancing Water’ and the ‘Dragon’s Treasure’ at the City of Dreams.

In the evening many integrated resorts and hotels light up the night with an array of entertainment. Just outside the Wynn Hotel there is a water, fire and sound show called ‘Performance Lake’, while just inside you have many different entertainment choices to choose from. Travellers can also visit the MGM Macau for the popular ‘Light and Sounds Show’ which finds them entertained with live band performances and DJ’s at the property’s leading Night Club ‘Lions Bar’.

Macau Fisherman’s Wharf and the Science Centre are among new additions to Macau’s peninsula. In fact, Macau’s offers numerous museums both great and small. Included in this is the Wine Museum and adjacent Grand Prix Museum, the MJ Gallery (dedicated to original possessions of the late Michael Jackson) at Sofitel Macau Ponte 16, and the Macau Museum which offers interactive adventures for travellers of all ages.

The romantic and historic Taipa Village and equally fascinating Coloane with its fishing village, offer green hills and valleys for trekking, there’s a championship golf course at the Westin Hotel, and the internationally recognised go-kart circuit and A-Ma Cultural Village are also popular attractions. Animal lovers will also want to ensure they stop at the Giant Panda Pavilion with its two playful residents Kai Kai and Xin Xin (as well as strolling through the remainder of the zoo, too).

Note: Sands Cotai Central, the most recent property to Cotai is a highly fashionable and integrated resort that’s shared between Conrad, Holiday Inn and Sheraton. These properties are the largest hotels for each of the brands, and also home to the largest DreamWorks production facility outside the US. 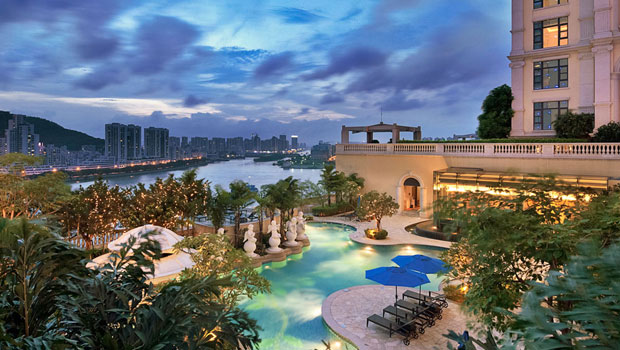 Palatial, luxurious, multi-purpose, contemporary, innovative, iconic, heritage-listed, boutique and beyond compare… These are just a handful of words used to describe Macau’s ever-expanding landscape of hotels that cater to the demands of today’s guests.

Not all is new, large and ritzy; Macau has its share of boutique-style and budget accommodations with heritage significance – some establishments taking guests back to the area’s colourful colonial days.

While on the Cotai Strip, you will find giant precincts like the City of Dreams (home of Crown, Grand Hyatt and Hard Rock Macau, the Venetian Hotel and Resort, Four Seasons Macao, Galaxy Mega Resort) which includes leading Asian hotel brands Okura and Banyan Tree and is also home to the world’s largest wave pool. If a bit of pampering is your holiday style, Macau is home to many locally and internationally recognised day spas, found within all major resorts.

Keep an eye out for what’s to come in Macau with the upcoming additions from St Regis, W Hotels, JW Marriott, Ritz Carlton, Parisian, MGM Cotai, The Wynn Palace, Palazzo Versace and a property specially designed by Karl Lagerfeld, expected in the near future.

Inside 7 of the world’s most extravagant suites

Avalon Waterways returns to the land of the Pharoahs 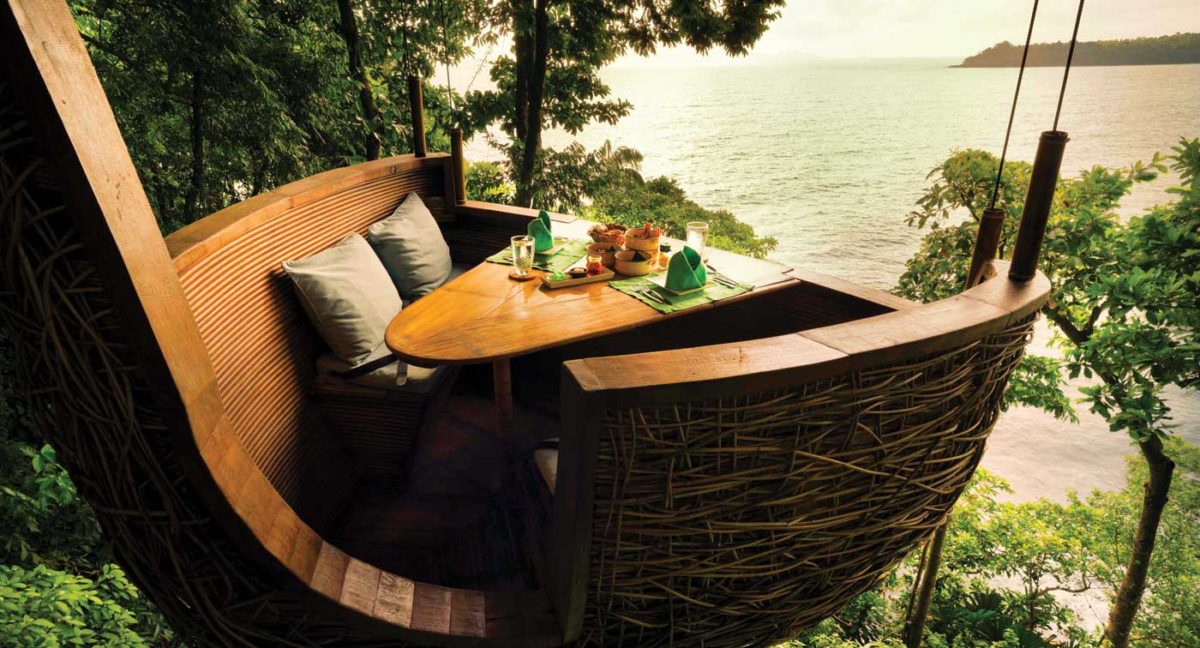 Australia needs you: Where to donate to help bushfire-affected wildlife