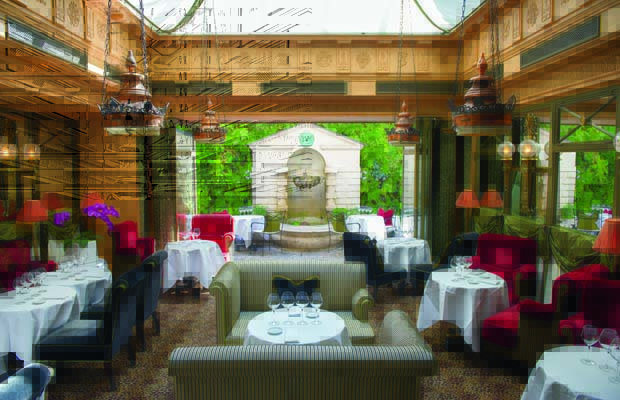 Literary travel: 15 ways to get to know your favourite authors

These homes, museums, hotels and restaurants will bring you a little closer to your best-loved authors, writes Joanna Tovia.

Get on the literary travel trail with your favourite writers and books.

In a recently revamped gallery dedicated to the best-selling author of all time, The Torquay Museum traces Agatha Christie’s eventful life through meticulously researched displays of facts, photos and personal effects, along with props and costumes from British television drama, ‘Poirot’. Hercule Poirot was her most famous character, but the prolific author penned a total of 73 novels, a smorgasbord to discover on the literary travel trail. 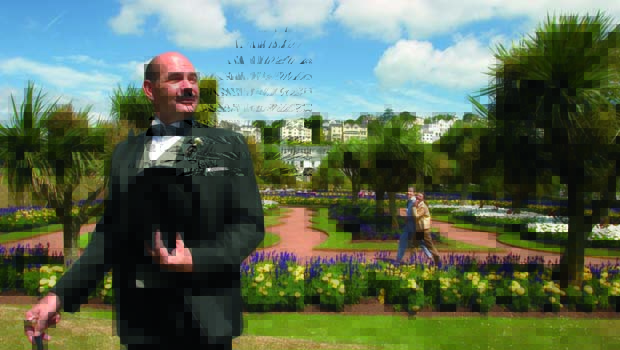 Hôtel d’Alsace used to be a dingy hotel where Oscar Wilde made corrections to ‘An Ideal Husband’ and ‘The Importance of Being Earnest’ before succumbing to depression and ill health; he died here in 1900. Now known as L’Hotel, this glamorous five-star hotel has become the place to be seen – Salvador Dali, Princess Grace, Frank Sinatra and Elizabeth Taylor have all stayed here, and the hotel is now home to Michelin-starred Le Restaurant. If you’re booking a stay in the 20-room hotel, be sure to also book in for a literary tour that traces Wilde’s footsteps through Paris. 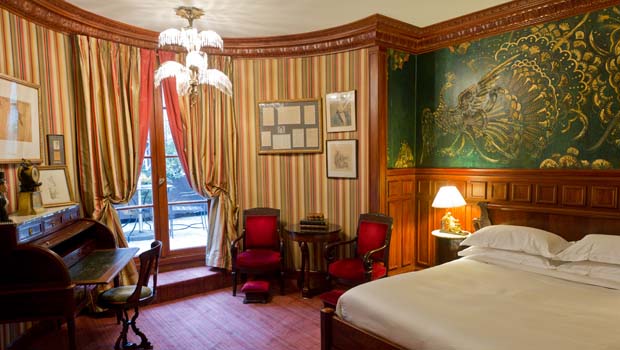 Visiting The Secret Annex where Anne Frank and her family hid for two years during the Holocaust is quite a privilege for those interested in literary travel. It was here she wrote her famous diaries, and they are on display alongside other objects, documents and photographs at Anne Frank House. 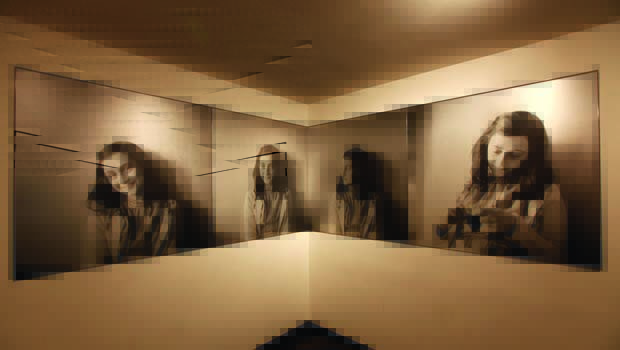 Fans of Peter Rabbit creator Beatrix Potter will get a kick out of visiting her 17th-century farmhouse in Northern England – a highlight for literary travel enthusiasts. Potter bought the house in 1905 with the proceeds of her first book, ‘The Tale of Peter Rabbit’, and the house, garden and surrounding countryside were sources of inspiration for much of her writing. If you’re only travelling as far as London, be sure to visit the Victoria and Albert Museum; it holds the world’s largest collection of Beatrix Potter’s drawings, manuscripts, letters and photos, and hosts a changing display on particular aspects of her work. 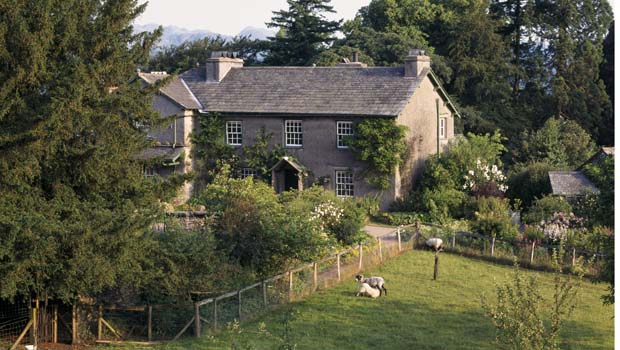 Read ‘Out of Africa’ just before you visit the Karen Blixen Museum and the author’s life will really come alive for you – the book chronicles the years she spent on a 1820-hectare farm at the foot of Ngong Hills near Nairobi. The farmland that used to surround the home is now suburbs, but the home and garden is virtually unchanged.

The birthplace and boyhood home of this great American novelist has been a restaurant for more than 40 years. Steinbeck decided at age 14 that he wanted to be a writer, and would lock himself in his room to hone his craft. The migrant workers he saw tending the fields around Salinas influenced works such as ‘East of Eden’. Take a tour of The Steinbeck House and have lunch in what used to be the Steinbeck family’s parlour. 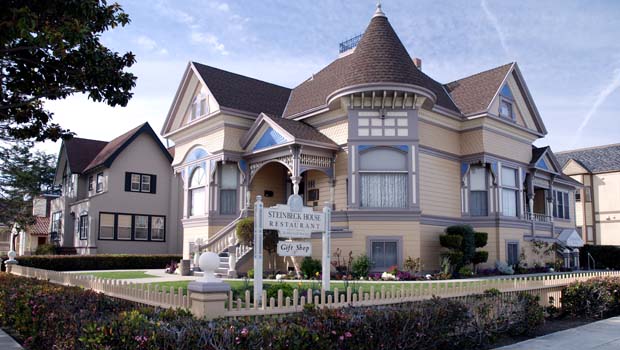 ‘The Great Gatsby’ wasn’t recognised as a masterpiece until after F. Scott Fitzgerald’s death, and earnings from his other works failed to fully fund his extravagant lifestyle. He and wife Zelda moved from rented home to rented home, averaging five months in any one spot. The Scott and Zelda Fitzgerald Museum is located in the last home they lived in as a family (they had one child) and documents Fitzgerald’s life from the time he left home for Princeton in 1913. 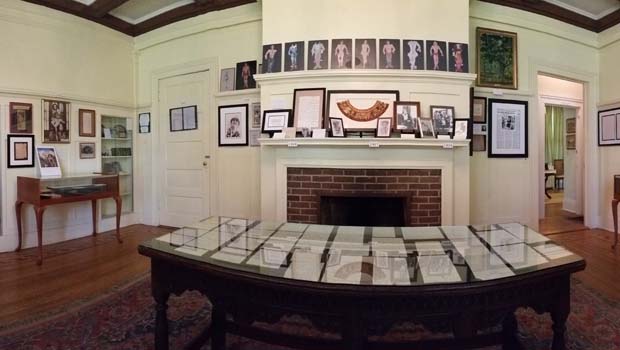 Best known for her novel ‘Jane Eyre’, Charlotte Brontë and her sisters grew up in the village of Haworth, now home to the Brontë Parsonage Museum. The Parsonage offers private VIP tours for dedicated Brontë enthusiasts wanting to view close up some of the collection’s treasures: manuscripts, personal possessions, letters and drawings. Want more reasons for literary travel? The Brontë Society will honour Charlotte’s 200th birthday next August with a three-day conference in Manchester. 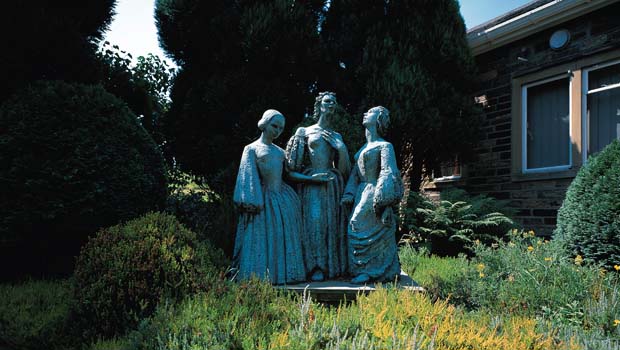 If you loved ‘A Room of One’s Own’, visit Virginia Woolf’s former house in rural Sussex. She lived at Monk’s House for 50 years until her husband died in 1969, and the home has been restored to look as though they’ve just stepped out for a stroll. 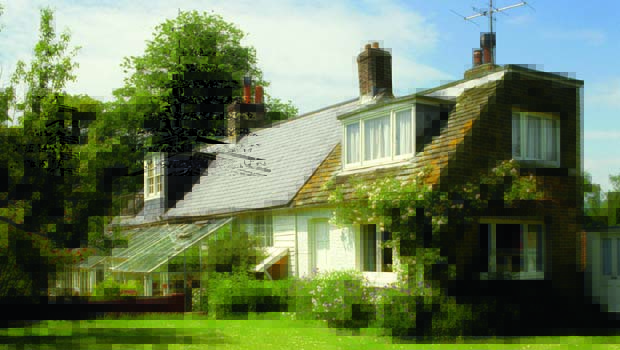 The Mark Twain House & Museum is the home American novelist Samuel Clemens (aka Mark Twain) built and lived with his family from 1874 to 1891. He wrote ‘The Adventures of Huckleberry Finn’ and ‘The Adventures of Tom Sawyer’ during these years, which he would later say were the happiest and most productive of his life. “To us … our home had a heart, and a soul, and eyes to see us with,” he wrote. 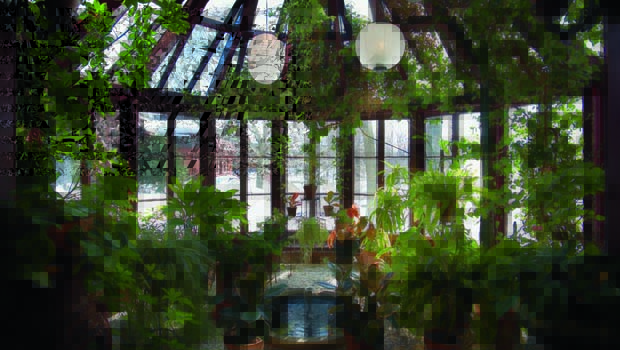 The home where this literary great was born and spent the first six years of his life has been restored with meticulous detail. Take a tour of the home before walking over to the Ernest Hemingway Museum, where rare photos, the author’s childhood diary and even a letter from Agnes von Kurowsky (the nurse who broke Hemingway’s heart and inspired ‘A Farewell to Arms’) are on display. 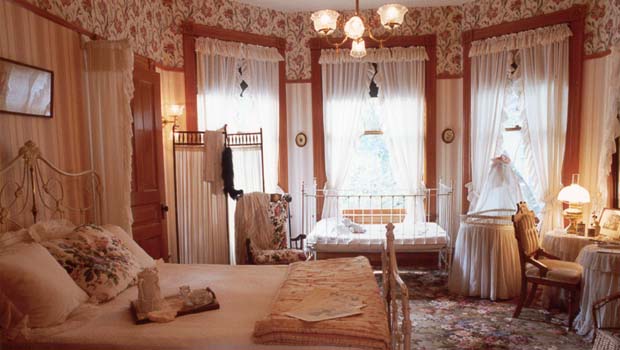 The world’s most renowned playwright is being commemorated in his home county of Warwickshire in 2016 to mark 400 years since his death – the perfect excuse for a literary travel adventure. Birthday celebrations will be held the weekend of 23-24 April, but visit any time after this weekend for a range of new exhibitions and events: the Shakespeare family home will be transformed to tell the missing story of Shakespeare’s life during the height of his success; there’s a new immersive theatrical experience at the Royal Shakespeare Company, and Shakespeare’s Schoolroom at King Edward VI School will open for the first time to the general public. 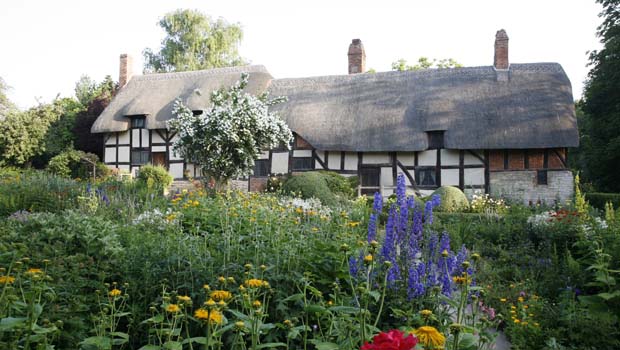 If you devoured the novel ‘Little Women’, visiting Orchard House will be a treat. Louisa May Alcott lived here from 1858 to 1877, writing the book at a ‘shelf desk’ her father made for her. The home looks much as it did when the Alcotts lived here. 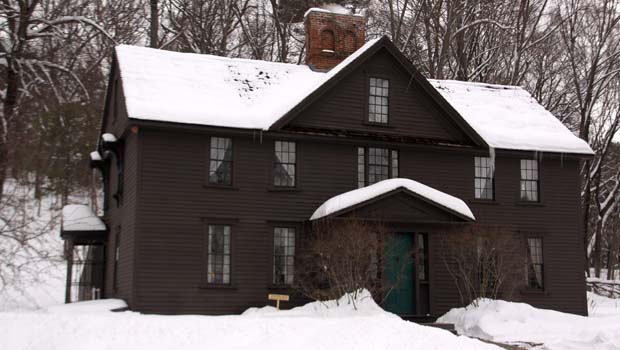 Who knew this famous writer was also a talented home renovator? He spent much of his spare time working on the house, which he’d bought in the 1930s in a state of disrepair. You can visit the house and see the plot structure for the novel ‘A Fable’ still written on the wall. In the absence of Post-It notes and writing apps, Faulkner used to outline complicated plots on the walls and paint over them when he’d finished a book.

The beautiful Georgian terrace house at 48 Doughty Street is where Charles Dickens wrote, dined and entertained his guests with lively readings and performances. The novelist was also a renowned social campaigner, and the rare books, paintings, photos and personal objects on display give visitors a unique insight into his life and work. Dickens wrote ‘Oliver Twist’ and several other novels here. 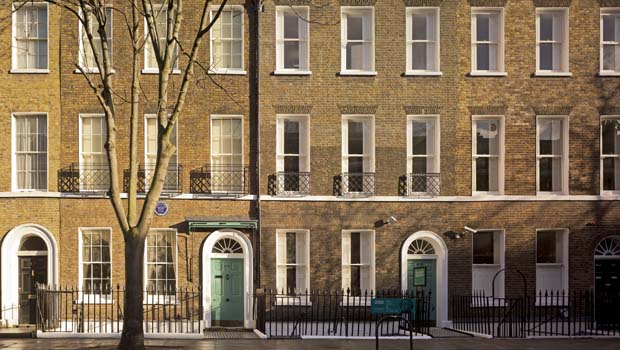