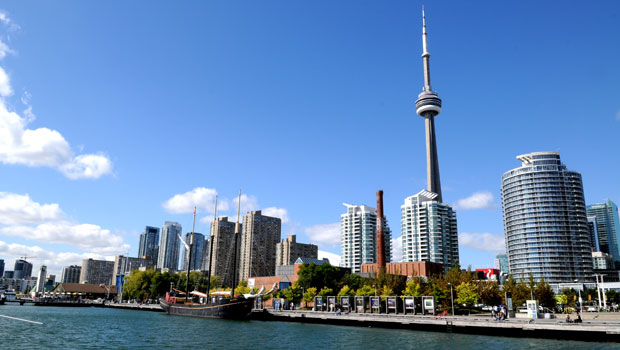 In T.O. with Too Much to Do

Canada’s biggest city, Toronto, has blossomed into a distinctive international destination, as C. James Dale found out on a recent visit.

I’m not afraid of heights, but I may have been pushing it. The wind whipped my face and tugged tears from my eyes as I leaned out over downtown Toronto, a rope and harness the only things preventing me from plunging 116 storeys to the streets below. 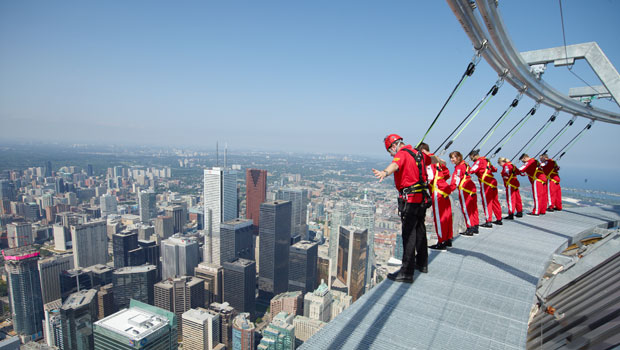 She was leading me and three others around the roof of the 553-metre tower’s restaurant, encouraging us to lean out frontward or backward, to trust that the safety gear would keep us from falling to our deaths. The spectacular views, which are in surplus, coaxed us along the 1.5-metre ledge. Walk to one side and you’ll see the vast blue of Lake Ontario, the Toronto Islands, and if you squint, the mists of Niagara Falls in the distance. Walk to another and there’s the spaceship-like City Hall, workplace of 2013’s most infamous mayor, Rob Ford (in case you didn’t have internet access, he’s the one who admitted to smoking crack cocaine). The rest of Toronto — its buildings, parks, streets and alleyways — is all there, spread out like an oversized toy set.

The CN Tower, a vestige of Brutalist architecture, has defined Toronto’s skyline — and spirit — for nearly four decades: proud, ambitious, over-the-top. Home to 2.6 million people (5.5 million in the Greater Toronto Area) of more than 200 distinct ethnic origins, the city is one of the most multicultural in North America. It’s Canada’s social and economic capital, home of the second biggest film festival in the world. But only in recent years has it proven itself to be a truly international destination.

You could say Toronto has it all: a buzzing bar and restaurant scene, a vibrant arts community and seven pro-sports teams.

My journey back to the city where I once lived started at the Four Seasons. It towers over the upscale Yorkville neighbourhood, with its high-end shops, art galleries and reputable restaurants. The rooms are done up in contemporary greys and the pool and spa are a haven from the city’s bustle.

Toronto’s foodie trend has grown at such a pace that the city now has an embarrassment of gourmet riches. Boulud isn’t the only celeb chef carving out a place; David Chang, the New York-based demigod who once worked under him, opened his Momofuku complex, which houses a noodle bar and two Asian-fusion restaurants, Daishō and Shōtō. And for every Boulud and Chang, there are dozens more chefs, some well-known and some not, crafting unique culinary experiences. “Toronto is, per capita, the most ethnically diverse city on the planet,” notes food critic Joanne Kates.

Turn down almost any street and you’ll find it. One night it could be the seafood- and vegetable-focused Edulis, where staff work to tailor five- and seven-course meals to your tastes. The next it could be The Black Hoof, a haven for diners who love snout-to-tail eateries. Or why not Hopgood’s Foodliner, which oozes East Coast charm with smoked mackerel on oatcakes, Digby scallops and Cape Breton snow crab?

I lunched one afternoon at Toronto institution, Canoe. Fifty-four floors up, it’s where the ‘Masters of the Universe’ from Bay Street (Toronto’s Wall Street) congregate. Tucking into the flavourful 100km Greens salad and the delicate Great Lakes Pickerel, I enjoyed looking back and forth from the flurry of activity in the open kitchen to the calm of the seemingly boundless Lake Ontario.

Later, I chatted with assistant sommelier Joe Wilcox about the domestic offerings from internationally acclaimed wineries such as Tawse in Niagara, Ontario and Painted Rock in BC’s Okanagan Valley.

“Everything that comes with local food has to come with local wine,” Wilcox noted, saying he’s been able to “renovate perceptions over the years. It’s not just a great Canadian wine, but a great wine.”

As with restaurants, Toronto’s fashion scene has also been evolving. No, it’s not New York, Paris or Milan, but shoppers don’t lack for places to hunt. Steps from the Four Seasons you can find favourites such as Prada and Chanel, plus the department store Holt Renfrew, which showcases all manner of luxury brands. 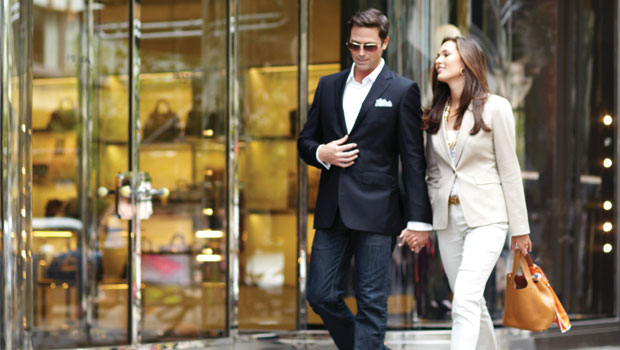 “We do have a great range of stores that offer a street-style aesthetic to high-end fashion,” Noreen Flanagan, the Editor-in-Chief of ELLE Canada, tells me.

Flanagan, who describes Torontonians as “stylishly understated”, knows a thing or two about shopping in this city. Her list of top picks is long, starting with an exclusive corner inside Canada’s oldest and largest department store, Hudson’s Bay.

“The Room at the Bay [has] a beautifully curated collection of the top pieces from the world’s leading designers,” Flanagan says. “A stop at the new shoe department — the largest women’s shoe store in Canada — is a must. Be prepared to splurge!”

But as Flanagan and anyone who knows Toronto understands, no shopping trip is complete without a few hours strolling a part of Queen Street known as West Queen West. The strip hosts boutiques featuring creations by young designers. Two spots worth checking out are Zane (bags and accessories) and preloved (one-of-a-kind clothing made from reclaimed vintage fabrics).

Whenever I’m in the neighbourhood, which is bordered by the sprawling Trinity Bellwoods Park, I always find new places to spend time, and money. After popping into the edgy White Squirrel Coffee Shop for a cappuccino (Australians take note: they also serve flat whites), I found myself browsing the beautifully curated bookshelves at Type, where the printed word is alive and well. Nearby at The Paper Place, I picked up an irreverent card for friends who were expecting a baby (“Bring on the zombie apocalypse”). Then I slipped into The Spice Trader to grab some gifts for family before heading to Poutini’s House of Poutine for a calorie-packed order of the legendary fries-cheese-gravy Canadian comfort food.

Relaxing at the Ritz

But barely a day into my tour of Toronto, I needed a break from all the running around. Maybe I just needed to recover from the thrill of the CN Tower EdgeWalk. I’d walked among the dinosaurs and browsed relics of ancient civilizations at the Royal Ontario Museum, but still hadn’t seen the latest exhibit at the Art Gallery of Ontario, both buildings enjoying more traffic in recent years because of facelifts by famous architects (Daniel Libeskind for the ROM; Frank Gehry for the AGO). I’d managed to have coffee with a friend at the bustling St Lawrence Market, but hadn’t figured out how I was going to fit in a visit to the Distillery District, the refurbished collection of Victorian industrial buildings now home to designer boutiques, cafes, restaurants, art galleries and a beer brewery. 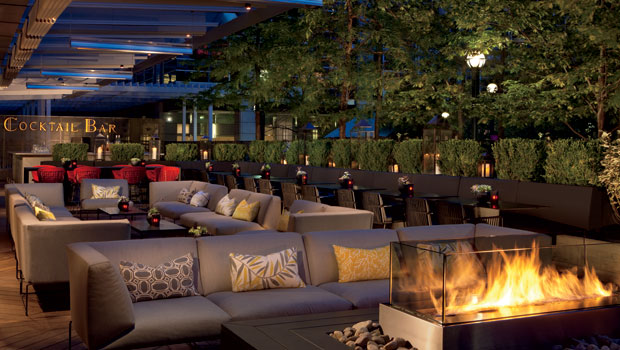 Soaking in the green-tea infused vitality pool inside the Ritz-Carlton, Toronto spa helped me get centred again. The must-see-it-all stress melted away as I sank into the comfy couches in the co-ed lounge, which is bathed in natural light and offers tea, snacks and enough glossy magazines to keep you reading for days.

In the end, I was forced to skip sipping drinks at the hip Cocktail Bar, managed by the same folks who run The Black Hoof. Ditto the popular Bar Volo, where I’d planned to guzzle my way through a long list of craft beers. And my triumphant return to the chic bars inside the Drake Hotel and the Gladstone Hotel would have to wait for another day.

Instead, I met up with friends at Biff’s, a French-style bistro, to feast on $1 oysters. Then later, my wife and I got dressed up and headed back to the Four Seasons, this time to the Four Seasons Centre for the Performing Arts, a glass jewel box of a building that’s the sleek home of the Canadian Opera Company and the National Ballet of Canada.

We mingled among the murmuring crowd, drinks in hand, and prepared for a performance of ‘Swan Lake’. Settled into our seats and enveloped by the hardwood floors and textured walls, we watched the classic story of good and evil play out to Tchaikovsky’s sweeping score, even more moving thanks to the world-class acoustics. Even toward the back, the stage seemed so close, the dancers’ every leap and twirl appearing in sharp detail. And as we sat transfixed, the busy metropolis that is Toronto swirled around us, full of sights we’d need many more days to explore. 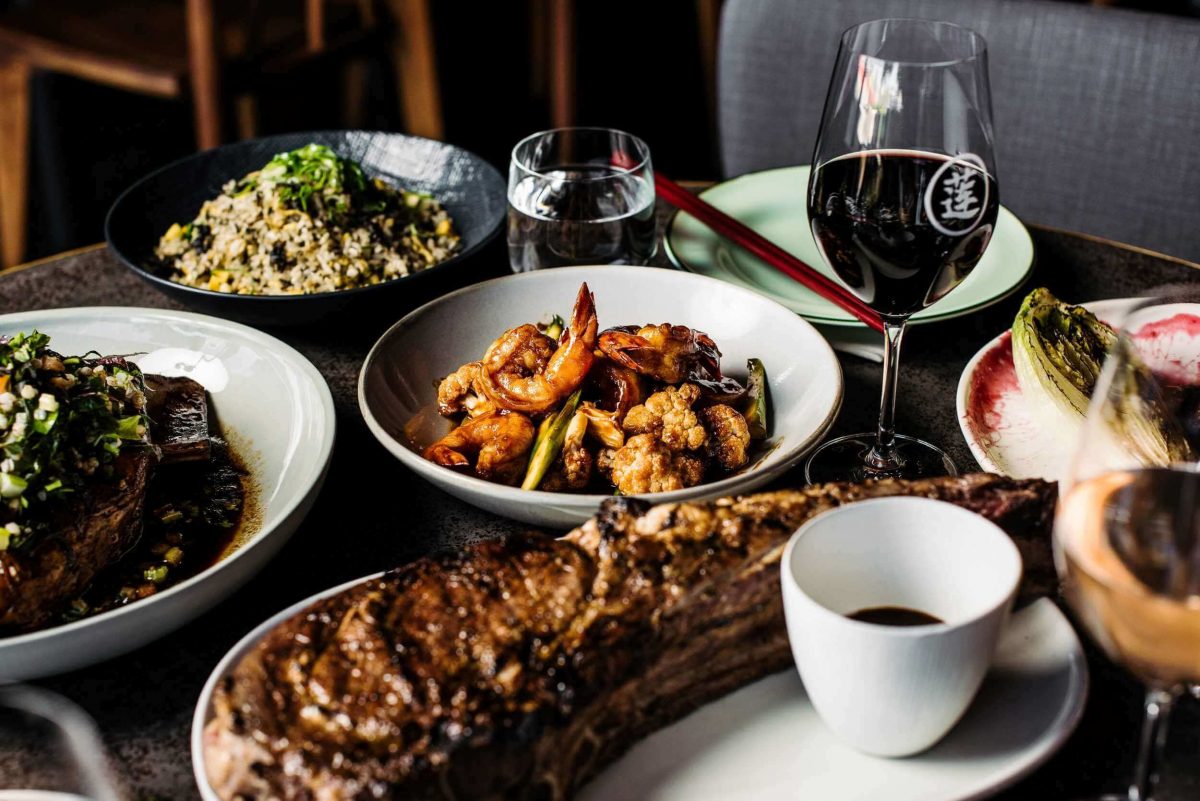 This Canadian lodge has just been bought by an Australian company