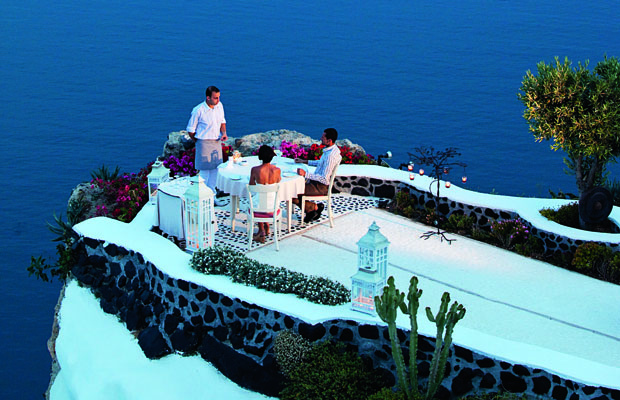 9 iconic restaurants worth travelling for

If you’re a foodie, some of your favourite travel memories are likely to be the delicious meals you’ve eaten in standout restaurants. Joanna Tovia tells why you should plan your next getaway around one of these fine dining destinations.

Faultless service and elegant surrounds bring a sense of occasion to this two-Michelin-starred restaurant, known as one of the finest restaurants on the French Riviera. Executive chef Ronan Kervarrec strikes a fine balance between textures and flavours, creating surprising dishes that entertain even the most sensitive palates. Kervarrec’s cooking is light, perfumed and creative. Whether you opt for a degustation menu or make your own selections, this will be one dining experience you won’t forget in a hurry – and the views are nothing short of stunning. The wine cellar houses 15,000 bottles and the sommelier is a deft hand at selecting the perfect drop to go with each delectable offering on the menu. The restaurant is located between Nice and Monaco in the Château de la Chèvre d’Or, a charming and sophisticated hotel for the discerning traveller. 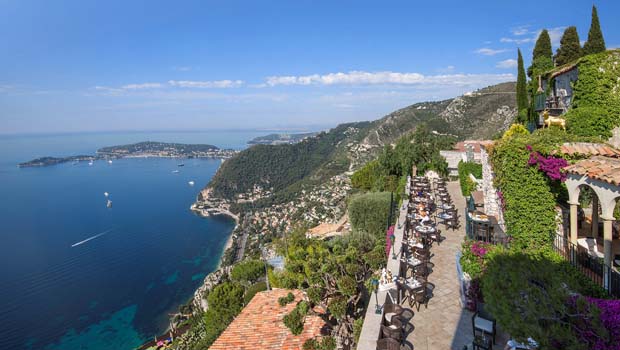 What could be more magical than lingering over fine food in a castle on an island in the middle of Slovenia’s Krka River? Chef Dejan Pavlič sets out to spoil you in this enchanting hotel with creative and complex dishes that combine contemporary culinary trends with the much-loved flavours of the Dolenjska region. The secluded castle offers a unique escape for the weary traveller; the tranquil atmosphere helps you unwind instantly. The castle, which dates back to the 13th century at least, is a great base from which to explore the neighbouring region, too. It doesn’t matter what time of year you visit; after a day out and about you can dine by candlelight in the open courtyard in summer or in front of the crackling wood fire inside during the cooler months. Hotel Grad Otočec is a member of Relais & Châteaux. 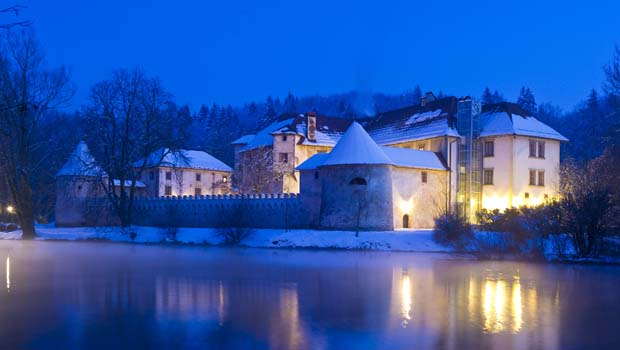 This authentic Parisian bistro offers a warm and friendly atmosphere in a timeless setting. Featuring red velvet chairs, chequered floors, timber-panelled walls, and oversized mirrors and paintings, you’ll want to settle in and stay a while as you feast on traditional French fare served on large porcelain plates. Benoit is owned by celebrated chef Alain Ducasse, who recommends the snails in the shell with garlic butter and herbs. “There’s no other place as typically Parisian as Benoit,” says Ducasse, who owns 13 restaurants within France and others around the world. “I have a very special affection for this beautiful house… Benoit is a friendly place, full of memories and shared pleasure. It reflects a certain way of life and tradition that we want to preserve.” Benoit opened its doors in 1912 and is the only Parisian bistro to earn a Michelin star. 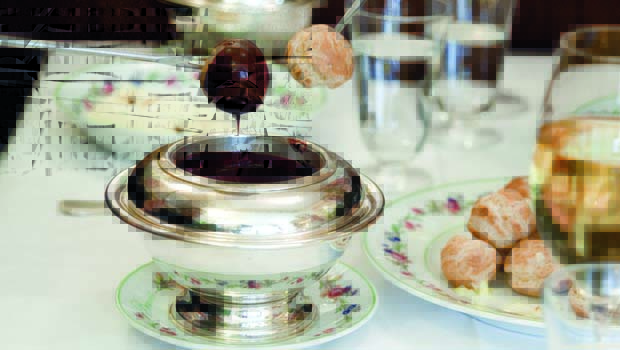 This restaurant may be sleek and modern to look at, but its food is steeped in history. Gastón Acurio opened the restaurant with wife Astrid in 1994. The pair had met at Le Cordon Bleu cooking school in Paris so when they first opened the doors to Astrid&Gastón, they focused on serving French food. Now, however, the dishes are unmistakably Peruvian. Acurio has been recognised as the undisputed king of Peruvian cuisine and Head Chef Diego Muñoz assists his work, elevating the food of Peru to five-star status. The restaurant’s open kitchen brings buzz to the dining experience, and the dishes taste as good as they look. Each menu listing comes with a story detailing a childhood memory, and there are two tasting menu options: five or 10 courses, with matching wines. Astrid and Gastón are on a mission to bring Peruvian cuisine to the world and now head up a global empire of 44 restaurants. 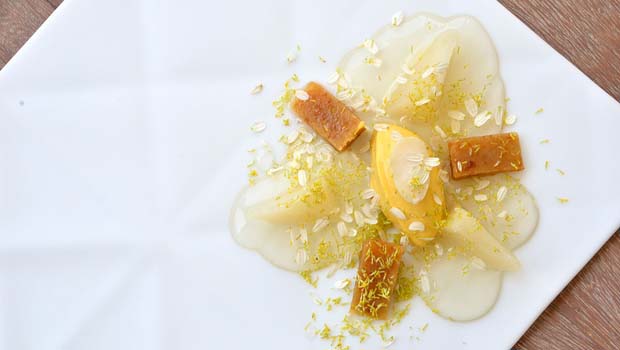 Renowned chef Thomas Keller is the only American-born chef to be awarded the maximum three Michelin stars for two restaurants. One of those is The French Laundry in California’s Napa Valley, a restaurant Keller opened more than 20 years ago. This elegant dining destination is housed in a rustic stone cottage built as a saloon in 1900 and attracts foodies from across the globe for its culinary excellence and fabulous service. Known for its refined French-American fare, menu favourites range from salmon tartare cornet to coffee and doughnuts, and there’s an ever-evolving nine-course tasting menu. Vegetarians can rejoice – there’s a nine-course degustation menu just for them. Ingredients are sourced from the restaurant’s own kitchen garden where possible. Food writer Anthony Bourdain has called The French Laundry “the best restaurant in the world, period.” 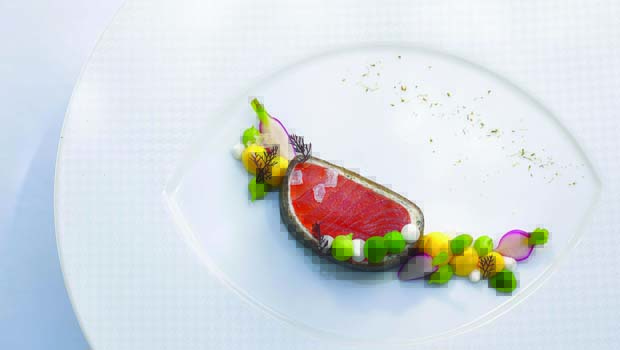 You’ll know you’re in Santorini when you sit down for a meal at this restaurant in Andronis Boutique Hotel and if you’re there for romance or to celebrate a special occasion, it’s the ideal setting. With the whitewashed village of Oia behind you and the bluer-than-blue Mediterranean before you, it’s truly a slice of heaven. And the food’s pretty spectacular, too. The Greek nouvelle cuisine is definitely in the fine dining category and when you add in live music and attentive service, it’s a winning combination. If you’re lucky enough to be staying at the hotel, the aptly named Breakfast of the Gods Greek-style buffet will be yours to devour of a morning. If you’re just dropping in for dinner (be sure to book ahead), get there early and have a drink in the bar to make the most of the view – you won’t see a sunset but the changing light in the sky and over the sea makes it endlessly watchable. 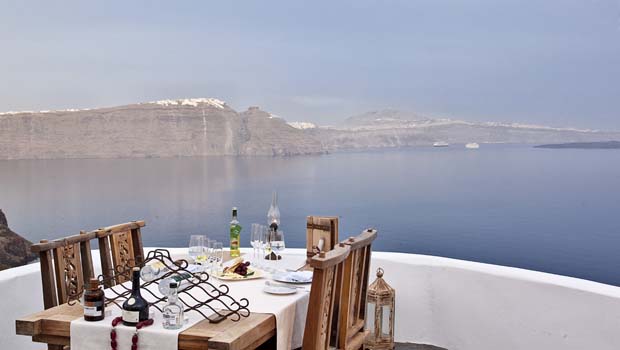 Located in La Sirenuse hotel on the Amalfi Coast, La Sponda combines an intimate atmosphere with exceptional cuisine inspired by the rich flavours of the region. More than 400 candles set the scene at dinner, where beautifully adorned tables overlook the yacht-dotted bay of Positano. What used to be a private home is now one of Italy’s leading luxury hotels, and Michelin-starred Tuscan chef Matteo Temperini brings a lighter, modern touch to Neapolitan cooking traditions. His focus is on local ingredients such as fresh fish, ripe tomatoes, olive oil and garlic, along with lots of vegetables, fresh cheeses, lemons and herbs. La Sirenuse is in the picturesque village of Positano, perched 70 metres above the sea. As John Steinbeck said: “Positano bites deep. It is a dream place that isn’t quite real when you are there and becomes beckoningly real after you have gone.” 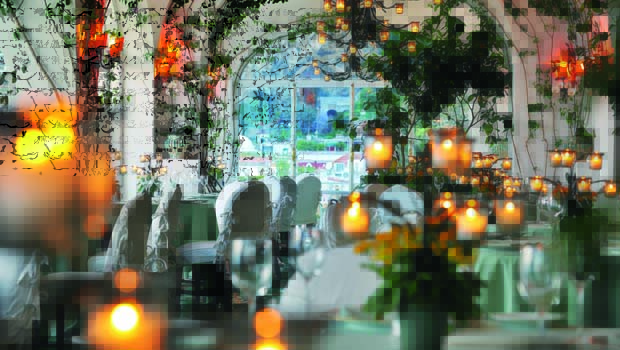 Chef Harald Wohlfahrt has made Schwarzwaldstube his life’s work. The famed Black Forest restaurant is known as one of Europe’s best and Wohlfahrt was the first German chef to be awarded three Michelin stars in 1992, along with the highest rating in Gault&Millau. With dishes that range from delicate and light to intense and full-flavoured, a journey through the menu here is sure to impress. The only challenge you’ll have is choosing what to eat: the asparagus chartreuse with foie gras and truffles, grilled squab with fresh chanterelles, or a mosaic of scallops, perhaps? Fortunately, there are five- and seven-course degustation menus on offer to make the decision easier. The restaurant is part of Traube Tonbach, an exclusive but warm and welcoming 153-room resort set amid rolling green hills. Sommelier Stéphane Gass pairs each course with a subtle wine, while head pastry chef Pierre Lingelser ensures the perfect close with an unforgettable dessert. 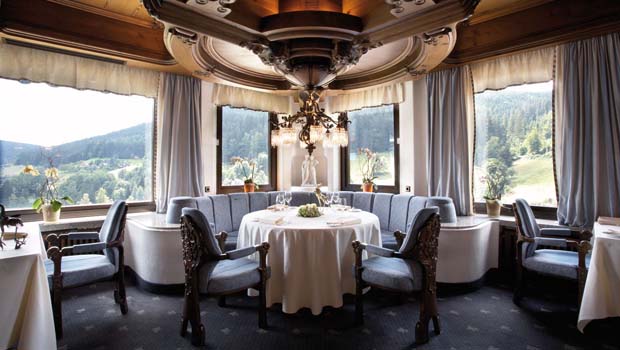 Don’t just expect dinner when you make a reservation and turn up at Mugaritz on the appointed date – spending the evening here is to take a journey of the senses that’s full of surprise and delight. Out-of-the-box chef Andoni Luis Aduriz decides what you’ll eat based on your dietary needs and desires, and delights in serving up 24 tailored dishes. But are they really edible? He’s known for baffling the senses with delicious food that looks exactly like stones or cutlery, centrepieces you discover you can eat, or caviar that’s actually candy. “Eating is the way to experience a journey full of stories, smells, textures, flavours, games, memories, desires and many other mechanisms in search of pleasure,” Aduriz says. The El Bulli-trained chef opened the restaurant in the San Sebastian countryside in 1998, naming it after the 200-year-old oak tree that grows beside the kitchen. Be sure to book well in advance. 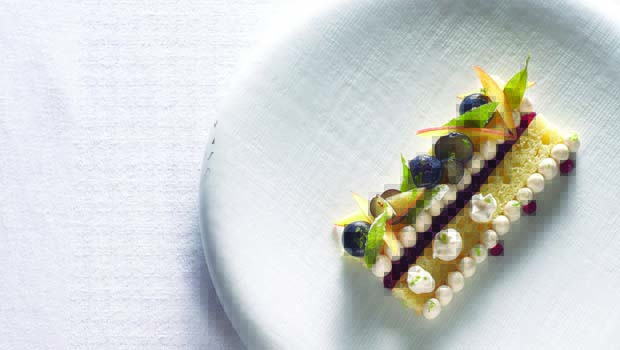