The history of Bugatti

With the release of the newest Bugatti hypercar this year, Amelia Hungerford takes a drive through the tumultuous history of Bugatti.

You could almost sum up the Bugatti philosophy in the motto of its founder: “Nothing is too beautiful and nothing is too expensive.” In the 108 years since Ettore Bugatti established his eponymous automobile manufacture, the maker of the world’s most beguiling hypercars has lost none of its association with power, luxury and excess.

The first of a new Bugatti generation, the Chiron, is now rolling out. Carbon fibre, anodised aluminium, handstitched leather, titanium and even one-carat diamond membranes in the speakers  strike a balance between beauty and precious-but-functional materials of which Ettore would surely approve.

This is before you even get to its physics-defying statistics, including producing 1500 horsepower (1103 kilowatts) from a luxurious road vehicle fitted with every possible comfort, down to a cooled glove compartment. 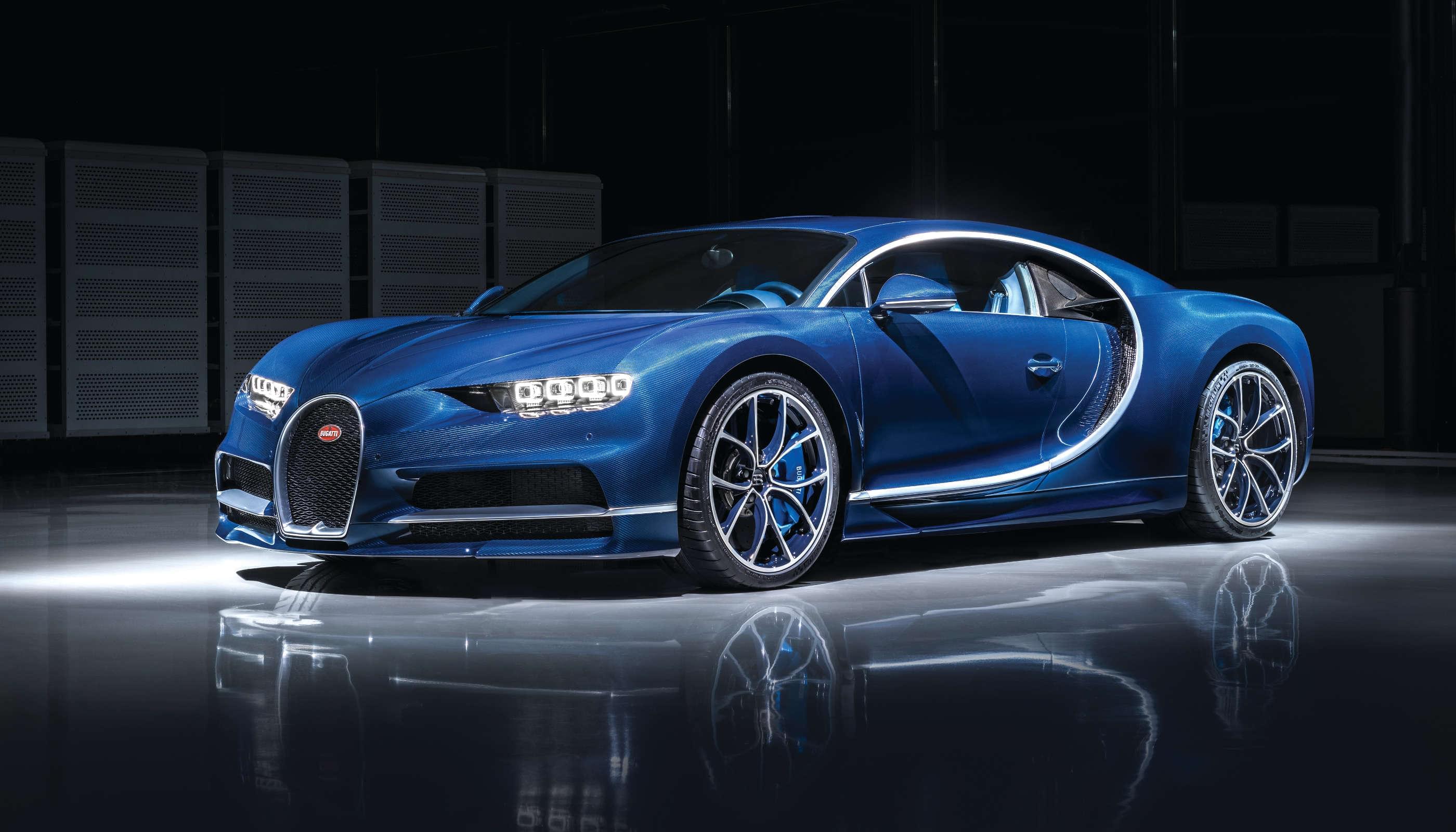 The Chiron was first presented at the 2016 Geneva International Motor Show. Before the show ended it had garnered advance orders for one third of the total series of 500, the base price of €2.4 million ($4.1 million) no obstacle. This comes after the decade-long reign of the Bugatti Veyron, the first production vehicle to produce 1000 horsepower (736 kilowatts) while its Super Sport model reached 1200 horsepower (880 kilowatts). When Chassis #450, the Veyron Grand Sport Vitesse ‘La Finale’, was completed in 2015, it felt like the end of an automotive era.

As much as this achievement pushed the boundaries of engineering, it was also a triumph of the Bugatti name. For decades it had lain dormant, relegated to producing spare parts and aeroplane components. What the Veyron really represented was a rebirth.

Hot off the track

Ettore Bugatti’s first vehicle was on track to being manufactured before he turned 21. Eight years later, in 1909, he established his own company in Molsheim, Alsace. It was an exciting time for the burgeoning world of automobiles and motorsport. Bugatti quickly made its name on the racetrack, claiming second place in the 1911 French Grand Prix.

As extraordinary as the performance of a Bugatti was, each car was also designed to embody aesthetic values. The Type 13 Brescia, for example, which dominated the track in the early post-World War I years, featured an egg-shaped radiator grille in honour of his designer father’s belief that the egg is the most perfect natural form. As the chassis was lowered in future models, the egg became a horseshoe, something that remains in the Bugatti DNA today.

If any vehicle defines Bugatti’s racing legacy, however, it is the teardrop-shaped Type 35. From its debut in 1924 until final production in 1931, the road-legal Grand Prix car claimed more than 2000 victories. Off the track, Bugatti’s ambition was embodied by the Type 41 Royale, the stately motor car made for aristocrats and nobility. Although 25 were planned, six were produced and  only three were sold; the realities of the Great Depression curbed demand for the most expensive car ever made and parts of its powerful engine were reimagined for Bugatti’s motorised Railcar, one of the first highspeed railway systems in the world. 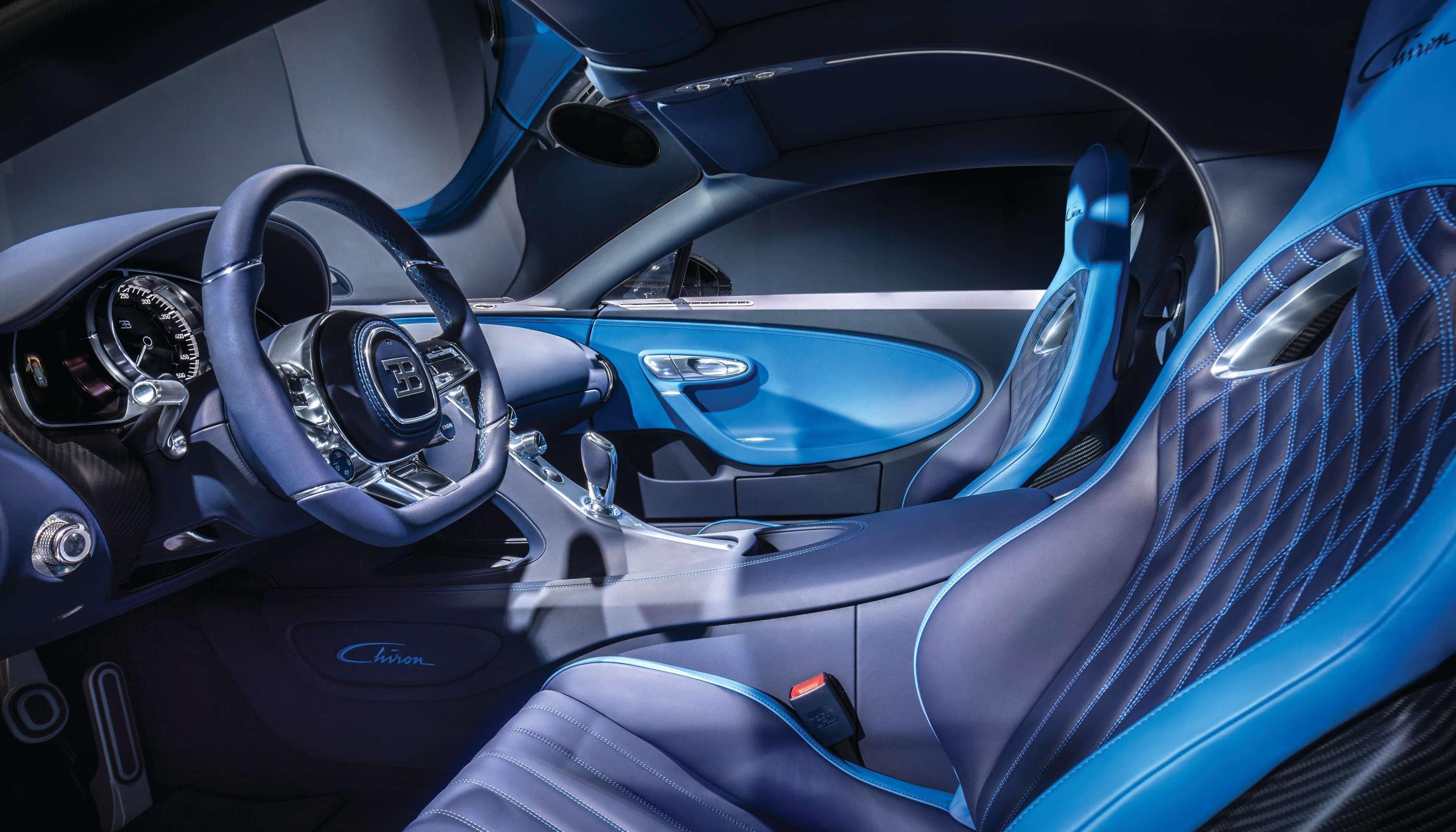 It was this development that kept Bugatti afloat throughout the turbulent years of the 1930s, a period that saw the creation of the first cars bearing the unmistakeable design of Ettore’s eldest son, Jean, with elegant, modern bodies for a growing breed of touring cars.

His crowning achievement was the Type 57SC Atlantic of 1936, which sported a spinal fin, kidney-shaped doors and windows, and an avant-garde fastback body. Under the bonnet, the supercharged eight-cylinder engine produced 156.6 kilowatts for a top speed of 200 kilometres per hour. It was an ode to Art Deco design on wheels. Only three were produced and, just three years after its release, Jean Bugatti, Ettore’s heir and the future of the company, died in a crash. 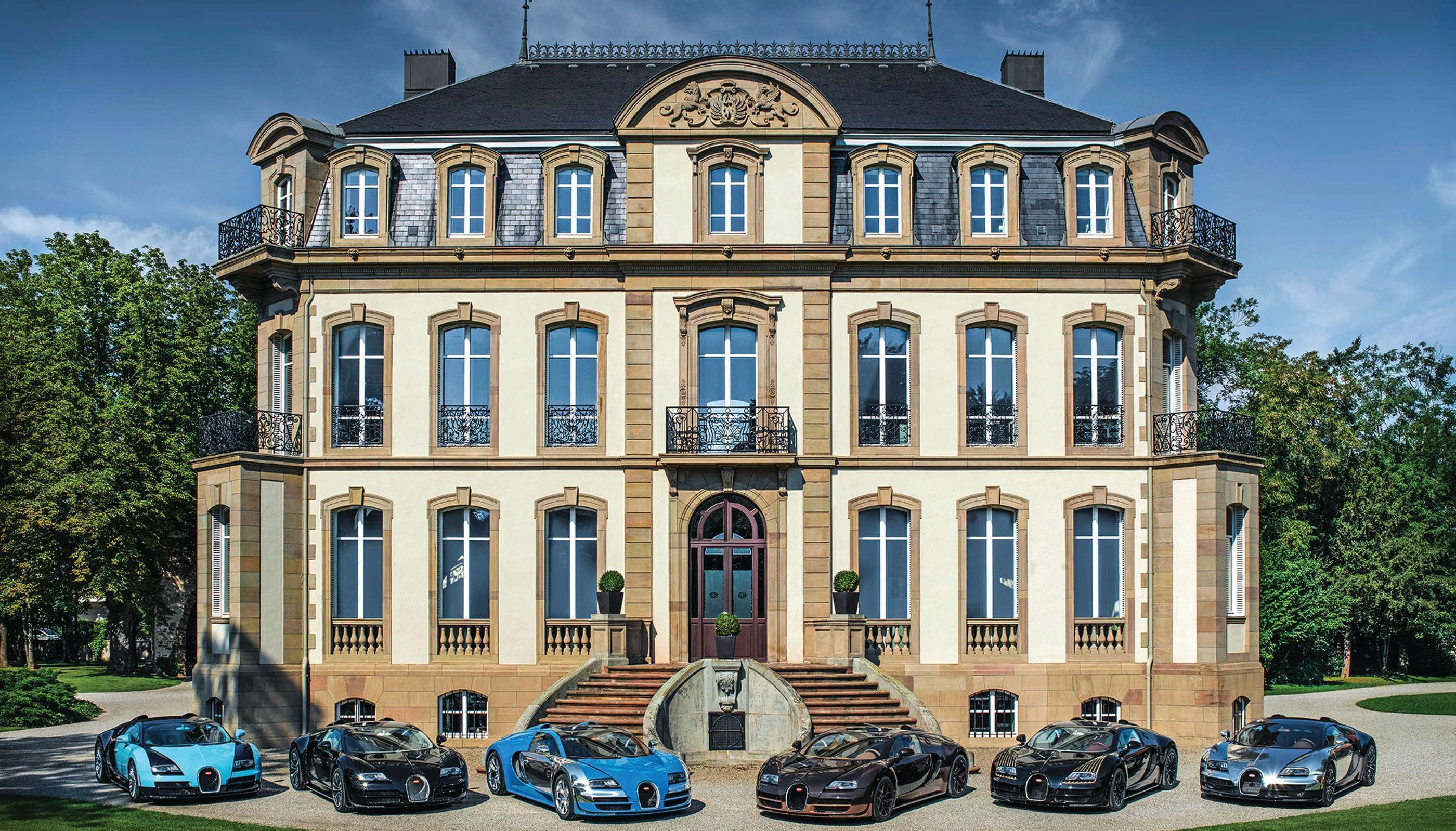 The six Legends outside the Bugatti headquarters in Molsheim, France. All images © Bugatti Automobiles S.A.S.

World War II broke out three weeks later, during which the Molsheim factory was ruined. Ettore died on 21 August 1947. The company never achieved the same success and was bought by Hispano Suiza in 1963.

In 1987, Italian businessman Romano Artioli bought the rights to the Bugatti name. He debuted the EB 110 super sports car in 1991, but only 140 cars were built before he filed for bankruptcy. Volkswagen bought the trademark rights in 1998. Since then, nothing has been done by halves. A series of concept cars led to the announcement of the Bugatti Veyron 16.4, named for the driver that brought Ettore his final victory at Le Mans, beginning an era that realised the creation of the fastest, most powerful, most expensive luxury production car.

The Veyron was limited to a production run of 300, plus 150 for its roadster editions. All of these have been sold. Bugatti is once more a byword for boundary-pushing performance, painstaking attention to detail and ambition. The Veyron marked an era in the development of hypercars; you can be sure the Chiron will do the same.

History of Bugatti in images 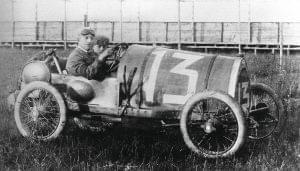 Production of the Type 13 Brescia Bugatti was interrupted by World War I, after which time the lightning-quick cars (racing at around 110 kilometres per hour) took out Le Mans and Grand Prix races. 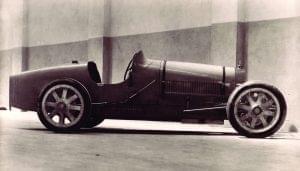 The Type 35 was the most successful 0f the Bugatti race cars, winning 1000-plus races in its time, notably the Targa Florio endurance race for five consecutive years and the 1926 Grand Prix World Championship. 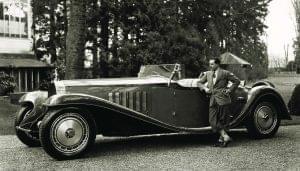 The luxurious and enormous Bugatti Type 41 Royale was devised when a contract to build aircraft engines for the French military fell through. The onset of the Great Depression meant few were ever sold, however. 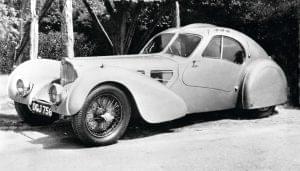 With a top speed of 200 kilometres per hour and a shapely avant-garde body, the powerful 1936 Bugatti Type 57SC Atlantic earned a reputation as the first supercar ever made. Only three were ever produced.

How buying art can help you make a mark on conservation

Watch in wonder: the new Patek Philippe is out of this World