Dancing with dolphins while sailing on the Four Seasons Explorer

Dancing with dolphins while sailing on the Four Seasons Explorer

The Maldives are already a popular tourist destination, but they are also the perfect destination for dolphin interaction, as C. James Dale experiences. While onboard a cruise with the Four Seasons Explorer, he experienced a once-in-a-lifetime encounter with these majestic mammals of the sea.

We had barely begun breakfast when my wife made a muffled sound, as though the coffee had burnt her mouth.

“Mmm! Mmm! Dolphins!” Katie blurted out, running to the railing of the Four Seasons Explorer, a luxury catamaran that plies the turquoise-blue waters of the Maldives. “Get the camera!”

Although we’d been together for nearly a decade, I’d only just learned of Katie’s deep-seated obsession with these cetaceans (I mean, she’d cried during The Cove, but who hadn’t?) I fumbled with the equipment, clumsily attaching the zoom lens, and ran to join her, squinting to see what she was pointing at. Then I caught the flash of a dorsal fin breaking the surface and snapped away. Seconds later, it was gone, but the rush remained.

“I just saw dolphins,” Katie said excitedly to Captain Bonifasius, who happened by. “They were far away, but I still saw them!”

“Don’t worry. We’re going to see more,” he promised. “I’m going to make an announcement when we do.”

In the end, he didn’t have to. These remarkable mammals found us.

The natural beauty of the Maldives has beckoned travellers since the early 1970s, when the first resort opened on an uninhabited island close to the capital, Malé. Decades on, more than 100 properties now dot this chain of nearly 1,200 islands (200 inhabited), which has become a quintessential destination for honeymooners, babymooners, and anyone looking for an exotic, luxury escape.

As our plane descended, we watched the iconic scenery unfold from our window, sand and coral and vegetation scattered Jackson Pollock-style on the grand canvas of the Indian Ocean. A short speedboat ride later and we were inside our overwater bungalow at the Four Seasons Kuda Huraa resort, kicking off clothes, pulling on bathing suits, and climbing down a ladder into the cool, clear water. Katie’s five-months-pregnant belly bobbed to the surface as we floated on our backs, the 18 hours of travel slowly slipping from memory.

Over the next couple of days, we immersed ourselves in our surroundings with abandon. We lounged by the resort’s new adults-only pool, sipping blended fruit drinks and thumbing through glossy magazines. We feasted on savoury samosa, soft dahl, and buttery naan under a canopy of stars at the Indian restaurant Baraabaru, which means “really good” in Dhivehi, the Maldivian language (and it was). And we laid on plush massage tables at the overwater spa, staring through a window in the floor to watch tropical fish dart in and out of view as we enjoyed treatments that blend Asian techniques.

As we got closer to the start of our trip aboard the Four Seasons Explorer, the “d” word kept coming up.

“Honey, we’ve got to pray that we’re going to see dolphins,” Katie said to me in a serious tone during dinner, the evening air warm and filled with the rhythmic sound of waves washing against the shore. Unsure of how much pregnancy or impending motherhood was driving this desire, I did what any sensible partner would do: I promised her we would, then said a silent prayer.

The next day, we stepped onto the 39-metre cruise ship to the sound of drumming and clapping. The crew members had lined up to give a warm welcome, doling out lemongrass-scented cold cloths and smoothies. Once our bags were stowed in our cozy state room, we relaxed on deck, the sea air caressing our faces as we set sail for an atoll-to-atoll tour that would end at the lush and sprawling Four Seasons Landaa Giraavaru resort.

“If you see dolphins, please call me,” Katie said to the cruise director, the marine biologist, and anyone else who would listen. “Emergency signal … anything.”

While the Maldives hosts all manner of wildlife, it remains a fragile place. This low-lying archipelago is vulnerable to climate change and struggles with waste management (just Google the word Thilafushi and you’ll see why the Four Seasons and other resorts have started serving water in reusable glass bottles). The Maldives is still recovering from an El Niño event in the late 1990s that bleached 70-90 per cent of the reefs, the warmer water killing algae that live within the coral and create colours that span the spectrum.

However, to our untrained eyes, the otherworldly landscapes we explored teemed with life. The blue and red-tipped branches and brain-like structures of coral covered shallow areas and clung to cliffs that plunged toward the sea floor. Fish blending different hues and patterns – yellows, blues, and oranges; dots, stripes, and swirls – swam over and under and around us. Schools of surgeonfish zipped past packs of oriental sweetlips. Clownfish dance among the stinging tentacles of anemone.

Our spirits would soar at the sight of a spotted eagle ray’s graceful fluidity, or a hawksbill turtle, one in a line of creatures that have glided through the world’s oceans for more than 100 million years.

But we continued to await the main event: those dolphins the affable Captain Bonifasius said we’d encounter. On our last full day, we caught a break.

The crew spotted dolphins off the bow. We scrambled into a tender and took off. After a short ride, we came within several metres of them, their distinctive fins and smooth bodies shining in the sun as they surfaced and dived.

We motored back to the Explorer, satisfied we’d come as close to wild dolphins as we would on this trip. Fortunately, we were wrong.

Our last afternoon snorkel was enjoyable, but uneventful. After about 30 minutes, Katie felt a strange sensation in her belly and asked if we could head back. We swam to the tender, only to be met with a rapid-fire announcement from the driver.

“A dolphin pod is heading this way.”

Still in the water, I jammed my mask back on, stuck the snorkel into my mouth, and quickly submerged, looking around frantically.

Then, a blur of grey streaked across the vast curtain of blue. Seconds later, a pair of bottlenose dolphins appeared two metres away, flicking their tails and gliding effortlessly in an elegant pas de deux. They nodded their noses as they moved, then rolled slightly to show us the near-white of their bellies.

Swimming away in an arc, they returned to survey us again, only to be joined by another pair. Then a light-hearted game of chase ensued, the dolphins swimming just out of sight, and pausing to let us get closer again. My muscles strained and my lungs burned as I tried to keep up, heading into deeper water that was thick with plankton and dotted with the odd jellyfish. It seemed as though the dolphins could play like this for hours. The experience was exhilarating.

Back in the tender, David, the FS Explorer marine biologist, was bowled over by what had just happened, noting how rare it is to swim with wild dolphins.

Katie wondered if the mammals had been drawn to us because of her fetus.

“They could have sensed you were pregnant,” David confirmed. He explained how their natural sonar, or echolocation, is much more powerful than an ultrasound, and that they would have been able to see right through us.

Research has shown dolphins can detect fetuses and that they are fascinated by pregnant women. Some swim-with-dolphins facilities won’t allow mothers-to-be to participate because the mammals get too excited and ignore others who are around.

“I should have been scared out in the middle of the ocean with the dolphins and who knows what else,” Katie later recalled. “But I was momentarily sent to this serene place.”

In bed that night, we reflected on the day, as the waves gently rocked the anchored catamaran. Then all of a sudden, Katie touched her belly.

“I think she’s kicking for the first time,” she said in disbelief. I put my hand on her stomach, kept still, and held my breath. Then I felt it too – that unmistakable thud beneath the skin.

We sat in silence, relishing our first real and magical experience as a family, and already eager to one day recount this incredible story to our daughter.

The 7 best new hotels in the Maldives 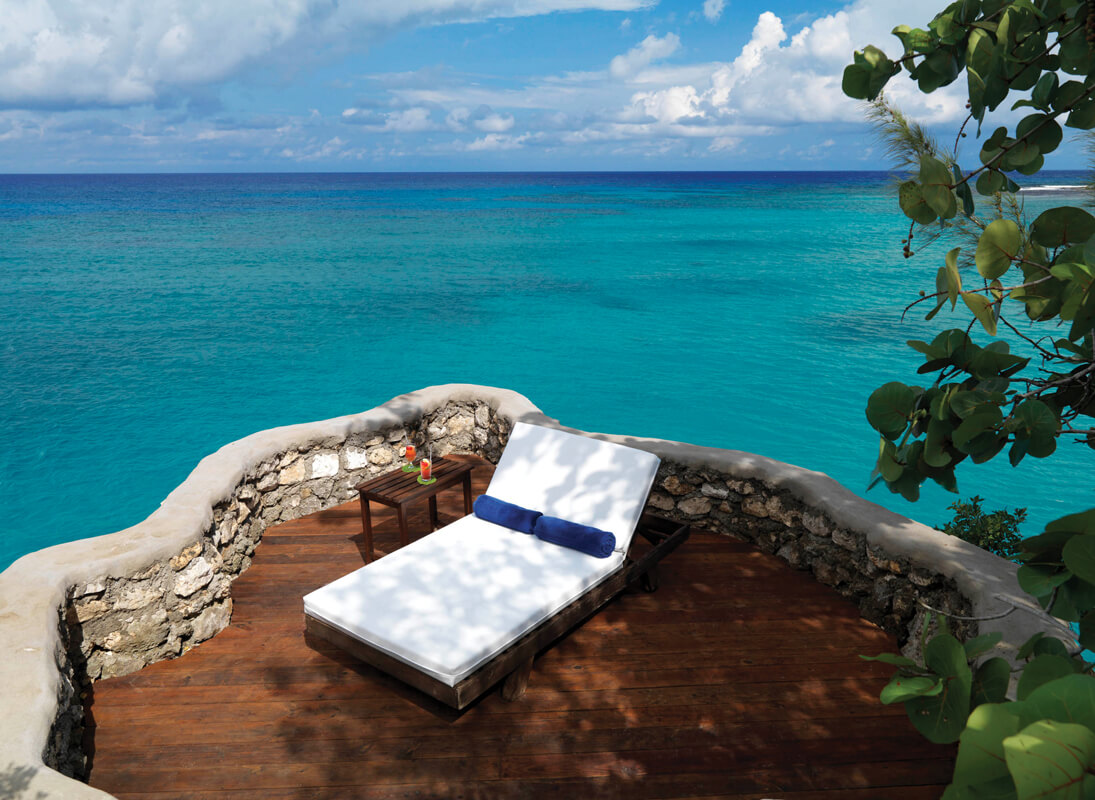 3 tropical hotels with a focus on conservation