For those who dream of the cosmos, space is coming ever nearer. Wide-eyed stargazer Amelia Hungerford discovers how mere mortals will soon experience what we’ve only imagined.

By 2020, ‘Space’ might be gracing travel hotlists the world over, plunging us into a new era of personal and private exploration. Thanks must be given to childhood passions of colonising the moon and holidaying on Mars, for these dreams have driven the desire to set out on extraordinary journeys beyond the limits of our own ‘natural’ existence and into the uncharted domain of the firmament. Space tourism is within grasp, but there is more to the burgeoning industry than Virgin Galactic.

Of course, Sir Richard Branson’s cosmic exploration mission continues, with the US$200-million Spaceport America in the New Mexico desert already a destination for galactic devotees in its own right. Tickets have been sold for flights aboard SpaceShipTwo, a suborbital spaceplane that will carry six passengers into the freewheeling freedom of zero gravity where our ‘blue marble’ hangs in a black void. When flights eventually begin, the pioneering nature of this meeting of science and the sublime will make the US$200,000 cost of the two-and-a-half-hour voyage seem rather reasonable, really. 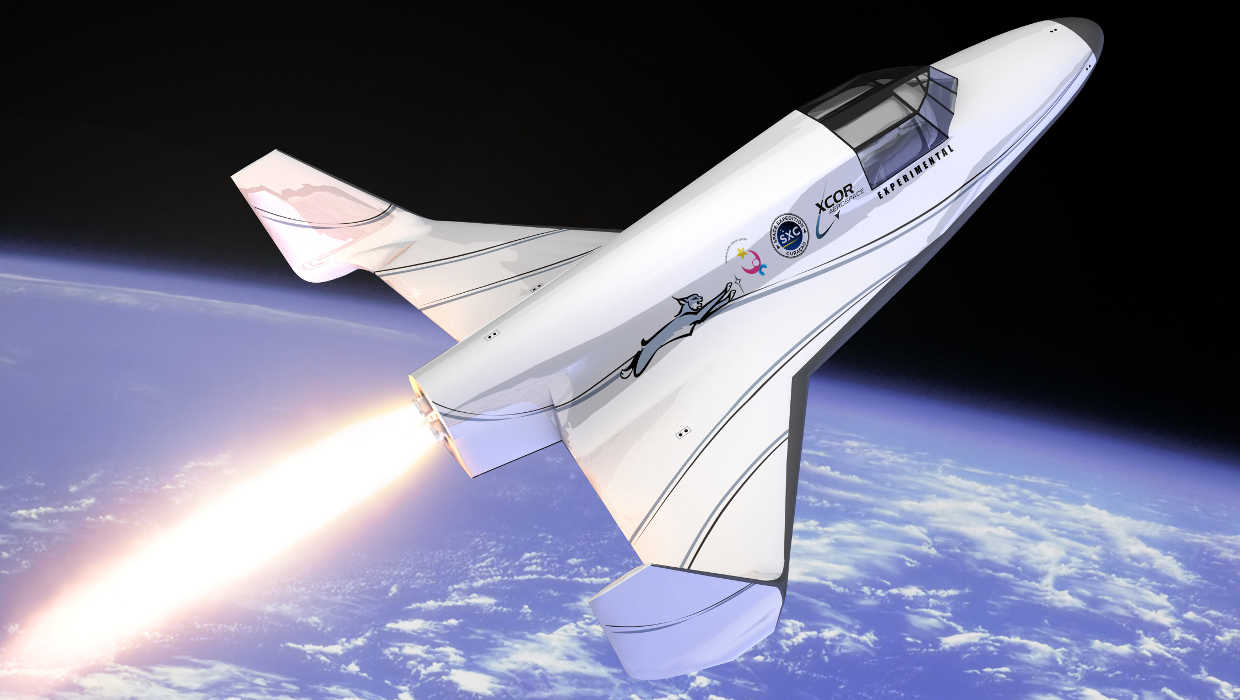 Hot on Virgin’s heels is Lynx, the suborbital two-seat, rocket-propelled spaceship from XCOR Aerospace. Although XCOR didn’t start out with the funding of its high-profile competitor, this band of rocket engineers has a wealth of knowledge that will soon see the nimble and robust spacecraft powering one passenger between heaven and earth up to four times a day. Acquiring Michiel Mol’s Space Expedition Corporation (SXC) to create XCOR Space Expeditions has added the Caribbean island of Curaçao to the potential Lynx launch sites, for those who might wish to combine a space odyssey with beachside recovery.

XCOR tickets are currently available for intrepid adventurers, costing between US$100,000 and US$150,000, including medical screenings and G-force training. Microsoft co-founder Paul Allen, however, is not to be outdone. Having funded SpaceShipOne – the first private craft in suborbit and the predecessor of Virgin Galactic’s SpaceShipTwo, both created by Scaled Composites – Allen continues to work towards the dream of making space an affordable destination with his latest aeronautical company, Stratolaunch Systems, makers of carrier aircraft and multi-stage boosters. Jeff Bezos, the founder of Amazon, has the same aim, pioneering the New Shepard vertical-take-off spacecraft at Blue Origin. New Shepard enjoyed a successful test flight to an altitude of 100km before landing vertically on the launch pad in West Texas on Wednesday 25 November 2015, a crucial step in the race for commercial spaceflight. Space Adventures, however, already has a working vehicle at their disposal: the Russian Soyuz. Rather than creating technology, Space Adventures engineers the experience, from flights to Low Earth Orbit to visits to the International Space Station (ISS ). The company’s latest aim? A circumlunar mission by 2018.

Beyond the moon, Elon Musk is already eyeing Mars. As co-founder of the company that became PayPal, Musk has founded not only Tesla Motors, but SpaceX as well. In 2008, SpaceX’s Falcon 1 exceeded SpaceShipOne’s achievement and became the first privately funded spacecraft in (actual) orbit. Dragon has since been the first private craft to dock at the ISS. As technologies develop, Musk’s dream of the colonising Mars is inching closer. 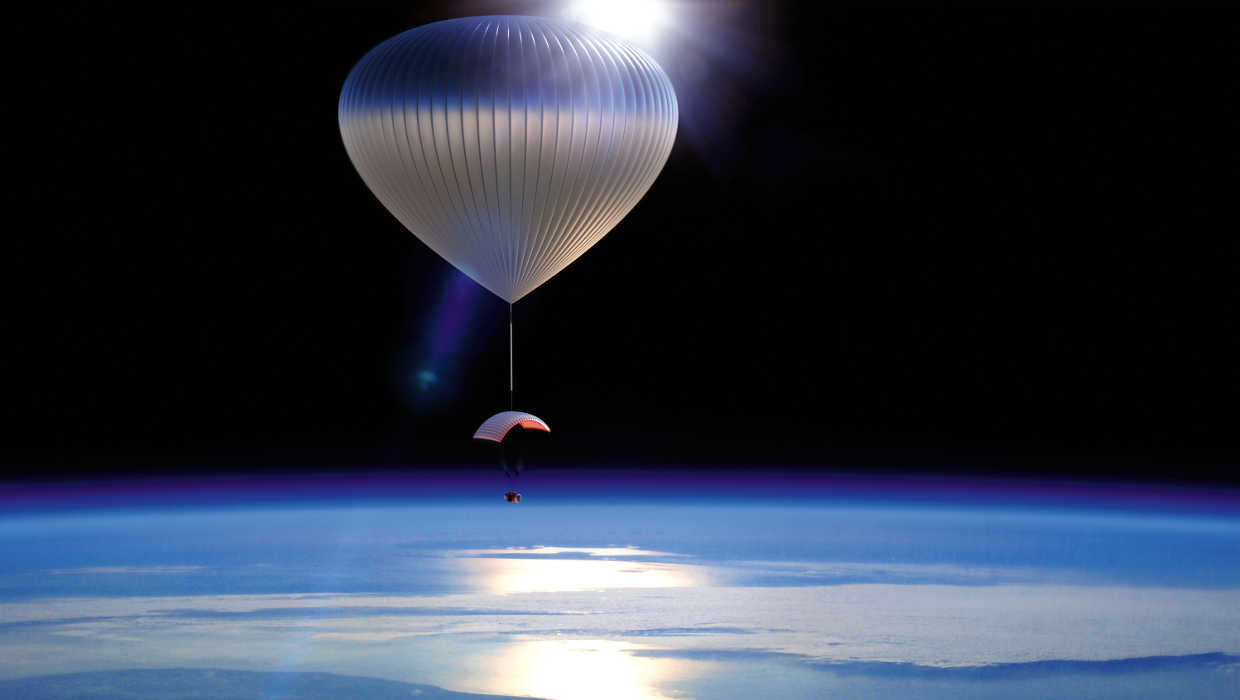 If space leaves you wide-eyed and enamoured with cosmic wanderlust, but high-octane doesn’t strike a chord, World View offers both planetary views and celestial tranquillity. Eschewing rocket propulsion in favour of a high-altitude balloon and a ‘ParaWing’ (a parafoil that will remain open throughout the flight), World View plans to launch flights by the end of 2016, using technologies that have long been in the air. Lifted by the balloon and ParaWing, Voyagers will enjoy a gradual ascent to the edge of suborbital space, 100,000 feet above the ground, in a comfortable pressurised capsule for six passengers and two crew members, equipped with Wi-Fi for real-time Instagram updates.

After two hours of skirting the atmosphere, where the sky meets the cosmos, the balloon will be deflated before being released and the ParaWing will allow the capsule to glide back to earth, landing at a predetermined point within a 480-kilometre radius of its departure. The system was tested in mid-June 2014, breaking the record for highest parafoil flight in the process. Although the World View pod doesn’t offer the zero gravity experience of Virgin Galactic, the whole flight will last a more meditative five or six hours, and all for the comparatively modest price of US$75,000.

World View Enterprises CEO Jane Poynter was inspired by tales of astronauts who, having seen Earth at its most vulnerable against the vastness beyond a thin atmosphere, report unexpected emotions stirred by the sight. This perspective shift is known as the Overview Effect, and it makes uniting and protecting our world not only possible but necessary and even urgent. Poynter and World View believe experiencing the Overview Effect personally is liable to change how we think about difference and what we can do as individuals to contribute positive change to the world. It is a utopian vision, but isn’t that what we need? 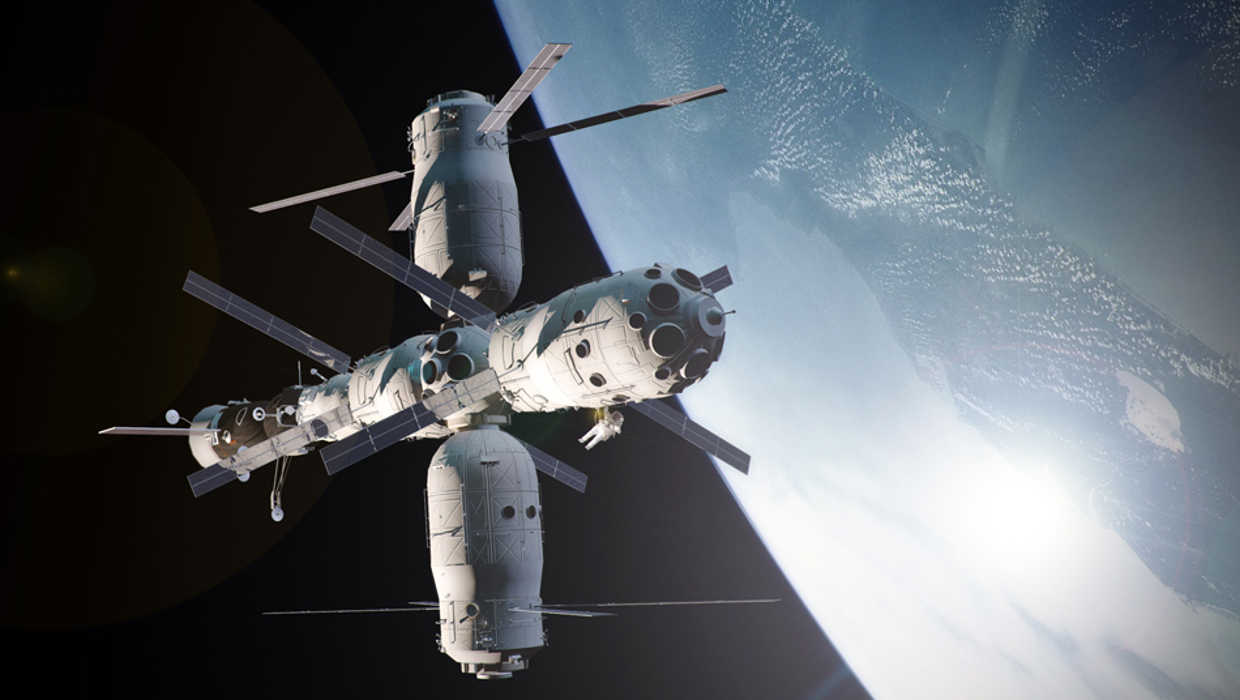 Drift further into the future and even more fantastical aims arise. Space hotels orbiting Earth with daytrips to the moon are among Virgin Galactic’s goals. Bigelow Aerospace will be delivering inflatable habitats into orbit with the help of the SpaceX launch vehicle, Falcon 9. Spanish space-dreamers, Galactic Suite, are designing the first ‘Spaceresort’ to float along in Low Earth Orbit, offering guests a zero-gravity experience. With an orbital period of 88 minutes, the Galactic Suite Spaceresort will see 16 sunsets per Earth day. For Branson, however, the ultimate success of the space experiment will be a new Concorde era: Sydney to London in four hours via suborbital shuttle. As demand increases and technologies develop, suborbital travel might even become affordable (or at least comparable to a first-class seat). Even this dream has been ridiculed as impossible and space hotels dismissed as science fiction. The thing about science fiction, however, is that some aspects often become reality. Just as Jules Verne’s submarine is now a working feat of engineering, may we one day see Arthur C. Clarke’s ‘space elevator’ connecting us to the stars above?

We need the people who dream big and see the world’s boundaries as an opportunity to venture into new, uncharted domains. Their innovations leave new norms in their wake. They are what the generations that succeed them aspire to be. We need these stargazers, these utopianists and visionaries to show us what we cannot yet see. Space and space tourism is pursued by those who want to see the stars. And those stars make our own human existence seem small and inconsequential, but for those who dream of space, that is the best feeling of all. 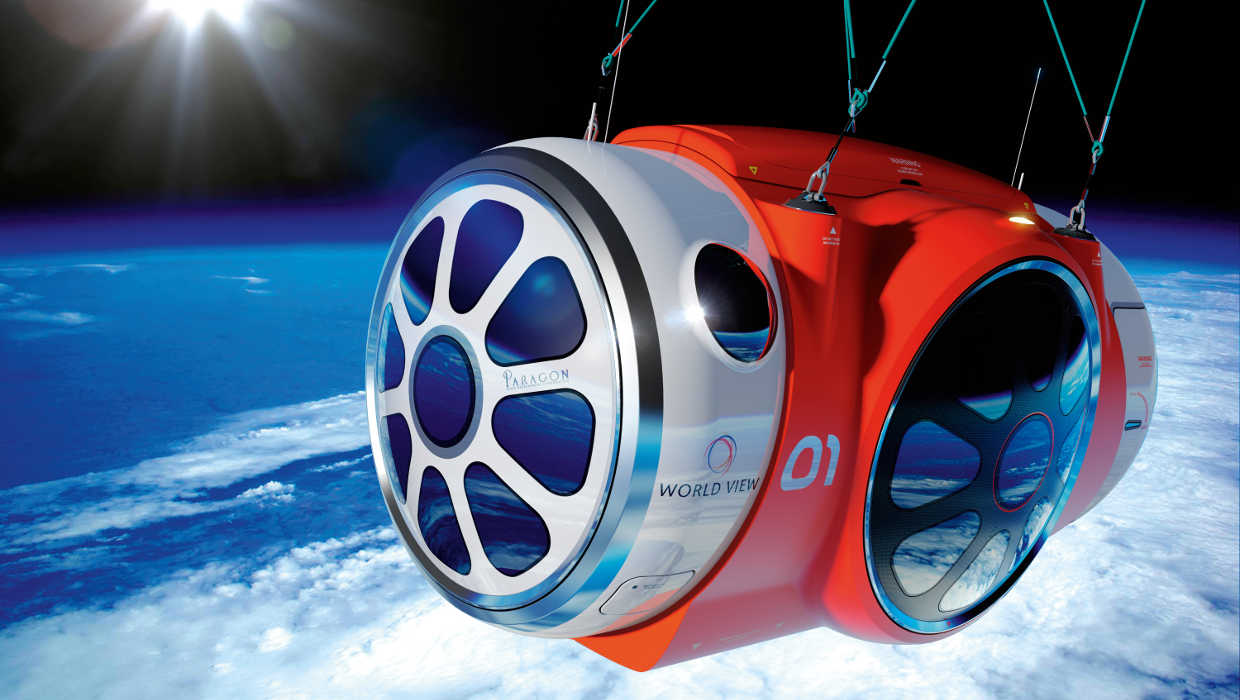