Havana, Cienfuegos or Trinidad in Cuba deliver an intoxicating step back in time, transporting you into the rich culture steeped in history, music, dance and cigars. Joel Victoria checks out the sites, luxury accommodation and authentic food stops.

The Caribbean island nation of Cuba feels like I’m back in the decadent 1950s, where life is large and vibrant and provocative colours fill the streets. But much of Cuba’s allure lies in its fascinating history, from the colonial invasion of Spain to Fidel Castro’s cultural revolution. And I’m breathing in the history as I wander the aged streets of Havana. Grand colonial structures, replete with towering colonades and majestic arches rise up to greet me while vintage cars line the streets in vivid streaks of green, blue and yellow.

Exploring this vibrant city is a thrill, the endless energy and welcoming soul of the Cuban community has me dancing to the beat of the local box drum, large enough to sit on and played with the palm, fist and fingers.

It is a place pulsating with music, not just in the city but also throughout the countryside. In fact it is arguably the most musical country in the world. And it’s impossible to stand still to its music of African and Spanish origin, so one must learn from the locals and start to Son (the starting point of all Cuban dances), Danzon, Chachacha, Rhumba, Mambo, Pilon and Ruedo. In fact some people come to Cuba specifically to learn to dance these steps that have evolved over centuries.

Also synonymous with Cuba are cigars and rum, and my exploration wouldn’t have been complete without a trip to one of Havana’s eight cigar factories or to its iconic Havana Club Rum Museum. At the Museum of Cigar I tried my hand at rolling one after watching the skilled hands of the ‘torcederos’ fashioning “the best cigars in the world”. The pièce de résistance, however, was sitting back, relaxing and enjoying the labours of my hard work.

Walking this historical hub was absorbing and when my feet could take me no further, I hopped aboard a coco-taxi. The Cuban equivalent of a tuk-tuk, these yellow, egg-shaped vehicles zip through the streets, alleyways and lanes with great aplomb. I stopped to quench my thirst at El Floridita, the infamous birthplace of the daiquiri and a known favourite of author Ernest Hemingway. It was bustling with aficionados.

Hemingway’s presence, influence and love affair with Cuba can be seen in every corner of the capital, including his former home, the Finca Vigia in San Francisco de Paula, on the outskirts of the city. It has become a must-see destination as was my next stop, Cojimar, the setting of Hemingway’s Nobel prize-winning novel The Old Man and the Sea.

By day’s end I was motoring in a 1950s Chevrolet along the Malecon, a broad and dramatic esplanade, roadway and seawall that stretches for eight kilometres along the coast to the renowned Hotel Nacional de Cuba, which opened in 1930, when Cuba was a prime travel destination for Americans. Its guest book reads like a veritable who’s who of Hollywood, including such illustrious guests as Frank Sinatra, Ava Gardner, John Wayne, Gary Cooper, Marlon Brando and Buster Keaton.

I imagined myself sitting amongst such glitterati that evening while visiting the world-famous cabaret club Tropicana. Cuban music delighted my senses and filled the club’s lush gardens, which swayed to the beat of the Mambo and the Salsa.

Later, I retreated to the Hotel Saratoga, an enticing boutique establishment with charming early 19th century refinements and dressed in soothing blues. Located just outside the Capitol building and combining all this with five-star facilities, it was just the spot to rejuvenate. A splash in the rooftop pool proved just the ticket for washing away the heat of the day.

Take me to Trinidad

Ah Trinidad; strikingly beautiful and unique. Strolling along the cobblestone streets towards Plaza Mayor, I was struck by the magnificent architecture of Palacio Brunet, the historic centre of town. Declared a UNESCO World Heritage site in 1988, the buildings here date from the 18th and 19th centuries when trade in sugar delivered great riches to the area. Above the square to the north east stands the Church of the Holy Trinity and the nearby Convent of San Francisco with its soaring bell tower.

An hour from Trinidad, the nature reserve park Topes de Collantes in the Escambray Mountains is home to vibrant local flora and fauna, coffee plantations and a gorgeous waterfall that spills into an aquamarine pool – an inviting and refreshing spot to cool off. I followed this with a rustic lunch at Finca La Gallega and after that an afternoon on the beautiful beaches of Playa Ancon.

My evening’s rest, The Iberostar Grand Hotel, a five-star colonial-inspired establishment in Trinidad, has a lower age limit of 15 years to ensure total rest and relaxation for its guests. Before retiring, however, I immersed myself in the city’s mesmerising rhythms at the open air Casa de la Musica and Casa de la Trova.

Beauty by the sea

Breathtaking Cienfuegos, known locally as the ‘Pearl of the South’, is characterised by its sublime coastal panoramas, French colonial buildings which line the streets and public squares, and its sense of calm and serenity. Roughly 250 kilometres from Havana, it’s home to the charming Parque Marti, a UNESCO World Heritage-listed site famous for its architecture. Palacio de Valle is just one of the many striking colonial buildings that captured my imagination here. This impressive estate was the former home of a wealthy sugarcane merchant and today houses a stylish restaurant and rooftop views across the shimmering sea. For lovers of opera, visit the Teatro Tomas Terry, which played host to Italian tenor Enrico Caruso and has changed little since his early 20th century performance.

The bonus was my luxury suite at the majestic Hotel La Union, which stands in the heart of the historical centre of Cienfuegos, within walking distance of Parque Marti.

On the last leg of my Cuban odyssey I ventured north to the beautiful island of Cayo Santa Maria, its white-sand beaches and crystal-blue water an idyllic final destination. En route, I stopped at the historic city of Santa Clara to visit the monument of Che Guevara and the site of his biggest victory. The Iberostar Hotel Cayo Ensenachos, a five-star, all-inclusive beach resort complete with its own private beach and pools, was the perfect end to an astounding journey through a country ripe with colour, charm, song, dance, history and culture. Cuba both delights and mesmerises. 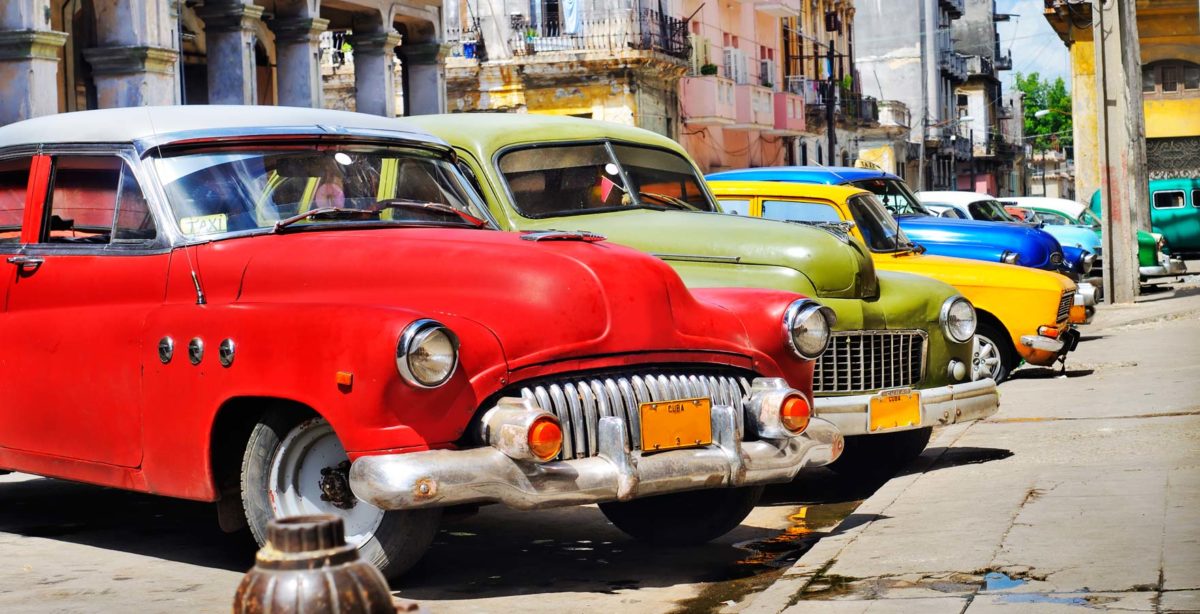