Concorso d’Eleganza Villa d’Este is an annual event in Cernobbio, northern Italy, celebrating classic and vintage cars on the banks of Lake Como. James Nicholls was there with the glamorous and the good.

Springtime in Italy is a beauty to behold with the temperature in the 30s. So were the assembled automobiles on the hallowed grounds of this lakeside piece of paradise, Villa d’Este.

An elegant crowd gathered to admire the classic cars on show in the annual Concorso d’Eleganza Villa d’Este, an event that has been luring car enthusiasts to Lake Como since 1929. After a short hiatus in 2020, the show is as bold as ever on the driveways of the 10-hectare private park of the 16th-century estate designed by Pellegrino Pellegrini.

Under the watchful eye of the knowledgeable Jury, including automotive luminaries Lorenzo Ramaciotti, former chief of design at Pininfarina; Pebble Beach doyenne Sandra Button; and scion of the family-owned car manufacturer, Maserati Adolfo Orsi, had the task to score the competing vehicles, built between 1920 and the 1980s, all vying for a trophy within seven categories.

Cars are the stars

It wasn’t just the assembled guests who were all impeccably dressed.  Here the cars are the stars. ‘The Golden Age of Elegance’ category featured cars from the Art Deco era of motor car design. Rolls-Royce, Bugatti, Hispano-Suiza, Cord and Lagonda all date back to that Golden Age. Everywhere I looked was yet another sculpture in moveable motoring form.

The earliest car in the field of contenders was the 1927 Rolls-Royce 20 HP with touring coachwork by Barker & Co. Its striking second windscreen – with glass wings between the front and rear seats – offered protection for the Nawab of Sachin, who purchased the car in 1931 from the Rolls-Royce importer in India, where it still resides.

The Art Deco class also contained an original 1934 Bugatti Type 59 Sports and a trés chic 1935 Hispano-Suiza J12 with Vanvooren coachwork. One of just eight open top cars driven by its owner. Another with a Vanvooren cabriolet body was the fabulous 1935 Bugatti 57 S which won Best in Show. A perfect symbiosis of line and proportion, rare and in superb condition. It is hard to argue with the Jury’s choice of this masterpiece from the coachbuilder based in Courbevoie in the suburbs of Paris.

There were three special categories for special anniversaries in 2022. ‘Celebrating 150 Seasons at Villa d’Este’ (for the 150th anniversary of the Hotel) was a group of Alfa Romeo, Lancia, Bristol, Siata, Mercedes-Benz, Chrysler and Cadillac.

Event sponsors BMW took advantage of the 50th year of the M1 celebrating its M cars and their ancestors with ’50 Years of Mean Machinery’.

Meanwhile, a stunning group of no less than six supercharged Kompressor Mercedes-Benz made between 1928 and 1939 were on show, brought together by Chris Kramer, a new voice on the expert selecting committee.

The final categories, ‘Born for the Racetrack’ and ‘Breaking the Speed ​​Barrier’, were made up of a wonderful assortment of ‘win on Sunday, sell on Monday’ race-bred machines sandwiched between two Maseratis, the A6 GCS MM Barchetta of 1954 and the 2004 MC12. More speed was on show with a group of pioneers that chased the magic 300 kp/h barrier. This included a very special Citroën SM and the 1979 Aston Martin Bulldog. The latter which won the “Coppa d’Oro”, the Best of Show by public vote.

The final class was for the way-out and wacky concept cars and prototypes. Of these avant-grade wonders my favourite was the De Tomaso P72 with De Tomaso Automobili Carbon Fibre Composite coachwork. However, the 2020 Bugatti Bolide track-only hypercar took out the Concorso d’Eleganza Design Award, again chosen by the public. 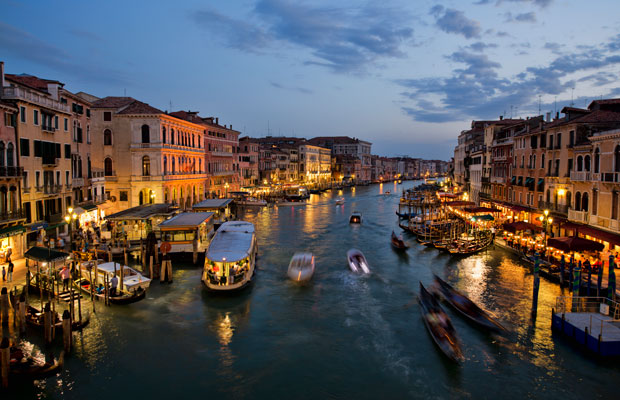 9 best ferry rides around the world