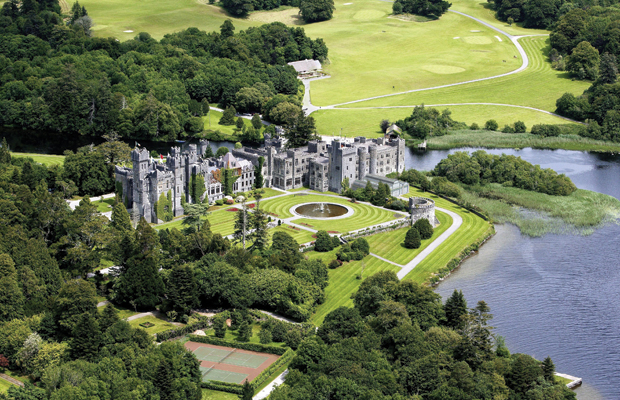 9 luxurious castle hotels across the world

Sleep like royalty in one of these five-star castle hotels.

Add some majesty to your next holiday with a stay in one of the finest castles, now converted to luxury hotels with a dash of royal style. 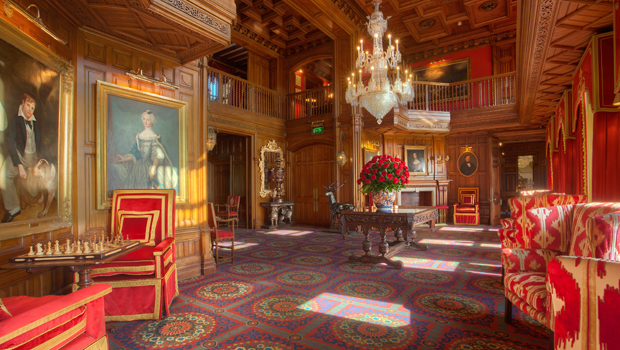 Once home to the Guinness family, this 13th-century estate is a paragon of the castle hotel. Following its renovation earlier this year, this member of Leading Hotels of the World has been restored to its sumptuous historic splendour. Set on the shore of Lough Corrib, its 82 rooms guarantee indulgence, while the surrounding 100-hectare woodland accommodates a number of outdoor pursuits, including falconry. How very aristocratic. 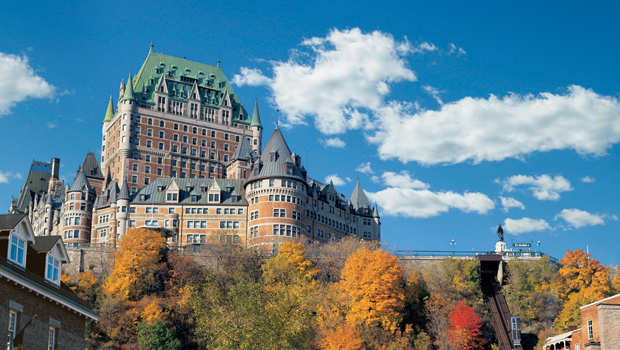 This imposing landmark is an icon of Quebec, perched atop its Old Town with views over the St Lawrence River. With 611 guestrooms and suites, it is by far the largest on this list, but there is still plenty of European charm to be found thanks to a new multi-million dollar refresh. For other hotels with Old World style in Canada, see Frontenac’s sister hotels at Lake Louise, Montebello, Ottawa and Whistler.

This 900-year-old castle is hidden behind stone wall and portcullis for that unaffected Middle Ages vibe. With 19 bedrooms, a dining room with a 12th-century setting and an extensive garden populated by resident peacocks and alpacas, this privately owned estate offers the very best in country living just 100km from London. 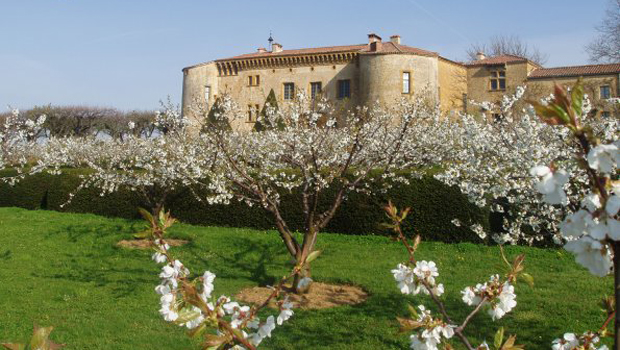 It’s hard to believe this medieval castle is just half an hour from urbane Lyon. Complete with moats, towering walls, formal gardens and towers, as well as more leisurely additions such as Roman baths, it is considered one of France’s most beautiful château-hotels. Inside you’ll find 22 rooms and apartments, decked out in original furnishings from the 17th and 18th centuries, and haute cuisine courtesy of Chef Jean-Alexandre Ouaratta, served in the former Guard Room. 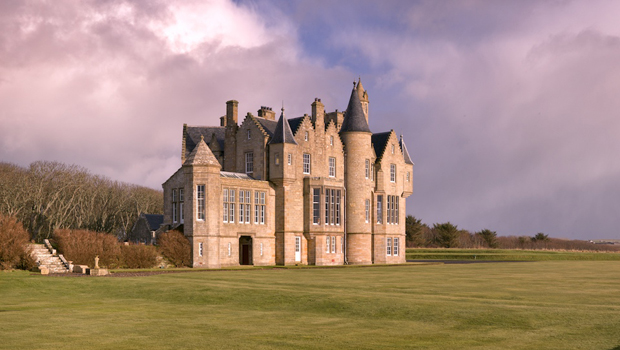 The world’s most northerly castle is available solely for exclusive use, meaning its uncompromising 19th-century luxury is only offered to a privileged few. Located on the small island of Shapinsay, the castle is surrounded by woodlands and gardens designed for summer promenades in Victorian crinolines. Jean-Baptiste Bady makes the most of Orkney’s fresh seafood to serve up a private feast each night. 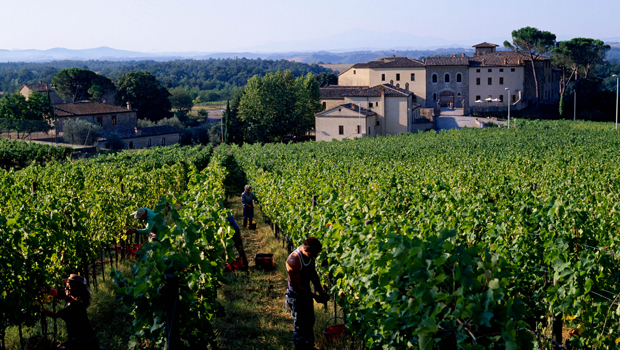 The imposing vision of this medieval castle, perched upon a strategic hill near Siena, belies the great gastronomic secret resting at its heart. This member of Leading Hotels of the World is home to the Tuscan Retreat Cookery programme created by Gordon Ramsay and Castel Monastero’s Nello Cassese, an authoritative introduction to Italian cuisine whether you’re a kitchen neophyte or gourmet master. Contrasting with the 11th-century exteriors, the rooms and suites over a contemporary style within a rustic setting. 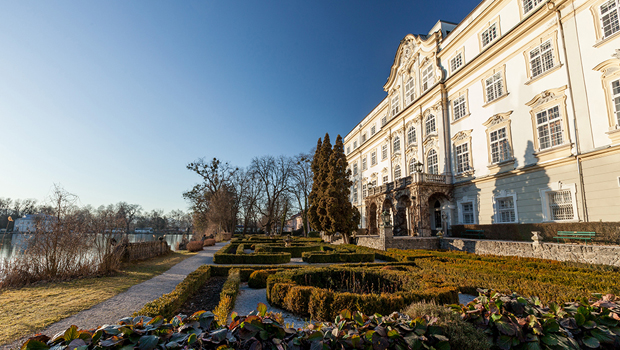 If this lakeside castle hotel looks familiar, you’ve probably seen ‘The Sound of Music’. The 18th-century estate was used for the film’s exterior scenes (its park was once home to that white pavilion where Rolf and Liesl sing about the difference one year makes for maturity) and its Venetian Room was replicated in its entirety for the film’s ballroom. Nowadays, you can sleep in one of the 55 rooms in the nearby Meierhof, or in one of the 12 historic suites inside the castle. 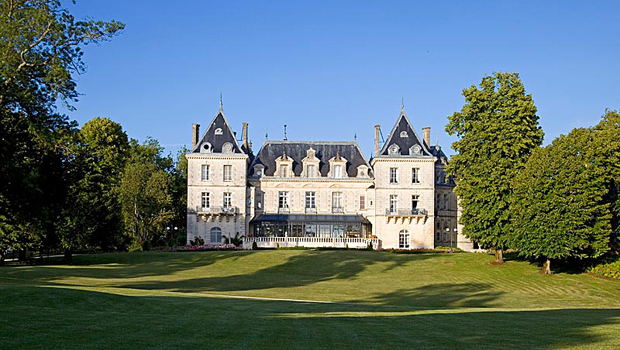 Built between Bordeaux and Cognac on the site of a medieval fortress, Mirambeau was completely rebuilt in the 19th century, resulting in the stunning elaborate interiors with a Renaissance-style façade. Sip prestigious vintages in the Cognathèque and bed down in ornate floral style in one the 22 rooms and suites. As a member of Relais & Châteaux, Maxime Deschamps’ Michelin-starred cuisine promises sumptuous evenings at the restaurant. 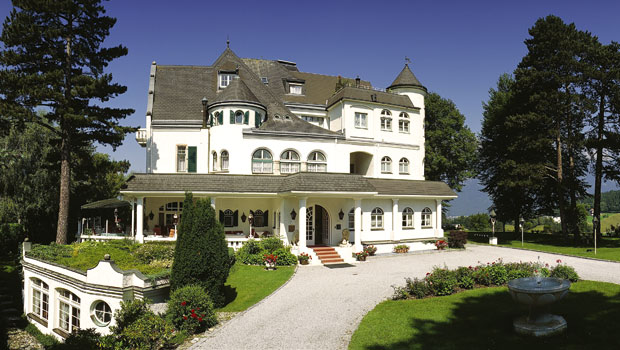 Hidden away on the Igls Plateau above Innsbruck, this exclusive-use castle hotel invites you out from its impeccable 19th-century interiors to discover the 5000sqm garden, with a backdrop of Tyrolean mountains. With 18 rooms and suites, plus a 200sqm boutique apartment, there’s plenty of space for all your nearest and dearest. The Schloss Spa is a must, with panoramic indoor pool for soaking up Alpine bliss. 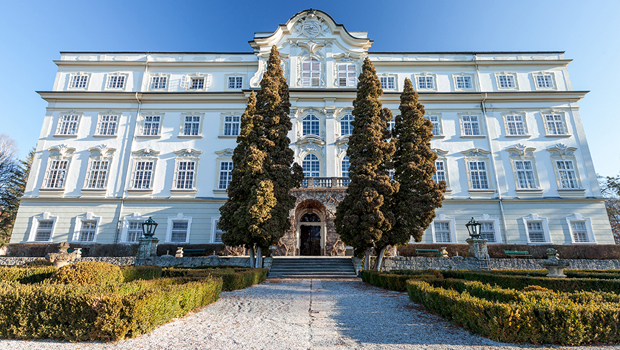