Top 10 Irish pubs around the world

In honour of St Patrick’s Day, we’ve looked around the world for the best and most exotic Irish pubs, from Dublin to Dubai to Melbourne.

Ireland’s cheeky charm, love of Guinness and reverence for their Patron Saint, St Patrick, is played out en masse across the world each year on 17 March. The Colosseum in Rome, the Sacré-Coeur Basilica in Paris, the London Eye, the Empire State Building and Christ the Redeemer in Rio will all turn a shade of green this year in honour of St Patrick’s Day.

To help you join in the celebration, no matter where you are, here are some of the best Irish pubs across the globe.

Having a drink at Johnnie Fox’s means that you’re having a drink in the highest pub in Ireland. In Glencullen, atop the Dublin mountains and nestled among perfect Irish greenery, sits Johnnie Fox’s. One of the most famous Irish pubs in the world, the establishment has showcased brilliant Celtic musicians, traditional Irish storytelling by an open fireplace and, of course, the great traditional Irish stout, Guinness, for over 200 years. Since first opening in 1798, Johnnie Fox’s has entertained generations of locals and travellers alike.

The oldest thatched roof pub in Ireland, the aptly named Old Thatch has been run by the same family since the mid-1700s. The fighting Irish spirit has been held high throughout the history of this pub, typified by its famous licensing dispute in 1867 when the then owner, John Conway, was accused of housing Fenians at his establishment. Nowadays The Old Thatch is the epitome of old-world Irish hospitality, cosy cheer and friendliness.

In the heart of Queenstown on New Zealand’s beautiful South Island, Pog Mahone’s offers one of the best Irish experiences south of the equator. Established in 1998 by its Kiwi and Irish owners, the pub’s live music, roaring open fires, genuine Irish service and traditional Celtic cuisine are overshadowed only by the ridiculously stunning view from the beer garden over Lake Wakatipu.

Inside a large Bolivian shopping complex is one of the more unusual places you would expect to find an Irish pub, but so it is for The Dubliner in La Paz. Nowhere else will you find the distinct hue and husk of an Irish pub hosting salsa dancers, live Latin American bands and Guinness with a guacamole side dish. The Dubliner, Bolivia, also lays claim to being the highest Irish pub in the world – so it’s a downhill roll home, to be sure.

In the ever-evolving luxury metropolis that is Dubai, Fibber Magee’s is a hidden gem along an ally near the city’s Saeed Tower One. Known as one of Dubai’s best-kept secrets, this unique establishment has been voted the best Irish Pub in the UAE, as well as being Highly Commended by the Time Out Dubai Music and Nightlife Awards. With a permit to sell both liquor and pork, at Fibber Magee’s you can experience the best of Irish Pub culture amid the exquisite style of Dubai and the Arabian Peninsula.

A tipple at Molly’s Irish Pub has become a New York tradition for St Patrick’s Day revellers in the Big Apple. First established in 1895, the bar operated as a ‘grocery store’ throughout the 13 years of Prohibition before beginning to pour once more in the mid-1930s while its upper floors housed migrant workers. Part of Molly’s rich history and classical charm surely comes from its beautiful Honduran mahogany construction and original wood-burning fireplace that will keep a cheeky Irish smile brimming across your face long after St Patrick’s Day.

Voted the best neighbourhood bar in New Orleans, Finn McCool’s brings a little bit of Irish heart to the Creole architecture and groove-filled haunts of America’s jazz capital. A truly unique and exotically located Irish experience, the pub was named after Finn McCool, a legend of Irish folklore. Originating in Belfast before finding its way to Louisiana in 2002, the McCool’s Irish fighting spirit was tested when Hurricane Katrina hit. However, true to form, and with the help of the New Orleans’ community, Finn McCool’s Irish pub was reopened on St Patrick’s Day in 2006 and has the won Best Bartender in New Orleans award every year since.

Although you wouldn’t think it from looking at it now, some records show that Sean’s Bar dates back to the year 900. This Irish pub not only serves up thousands of pints of Guinness a week, but also holds the Guinness World Record for the oldest pub in Europe, and possibly the world. With sawdust on the floor, an old-fashioned open turf fireplace and live music, Sean’s Bar still hosts a few of the old-world Celtic artefacts and for that, we think it’s the quintessential St Patrick’s Day stop-in located in the heart of Ireland.

With live music five nights per week, The Drunken Poet is the perfect Irish pub for some unique Melbourne craic. As cosy as it is authentic, The Drunken Poet was voted one of the 10 best Irish Pubs in the World Outside Ireland by The Irish Times and is the only Australian establishment to have made that list.

Come for the pints, stay for the 800-year-old legacy. Believed to have been built in 1178, the walls of The Brazen Head in Dublin have soaked up the voices of people like James Joyce, Brendan Behan, Jonathan Swift, Robert Emmet, Wolfe Tone, Daniel O’Connell and Michael Collins. Add your story to the generations of drinkers, storytellers and singers at The Brazen Head, one of Ireland’s most loved and welcoming watering holes.

50 of the most romantic places to stay: Europe 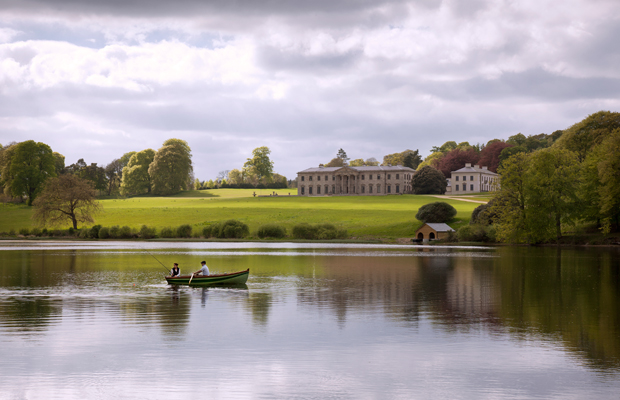 6 of the best luxury countryside retreats in the British Isles