What unites the Arlberg, Salzburg and Graz? A fascinating cultural history, spectacular natural beauty and culinary specialties both refined and rustic. Take a journey across Austria with these destination highlights.

Venturing from the Arlberg mountain range east to Graz is like passing through the history of Austria. Start in the Alps’ cathedral-like beauty with impressive peaks and local myths dating back to the Middle Ages. Head further east to Salzburg, the city of churches, ruled by the Prince Archbishop before joining the Habsburg Empire, and finally arrive in Graz, a medieval town nestled along the Mur River with roots dating back to Roman age.

The five mountain villages of the Arlberg – St Anton, Lech, Zürs, Stuben and St Christoph – are known as the birthplace of alpine skiing, but in summer, the region reveals a wide range of activities for nature-lovers. Although the Arlberg is synonymous with top hotels, gourmet restaurants and a cosmopolitan flair, the villages still maintain the charm of their farming past.

Personifying the natural grandeur of the region is Formarinsee Lake, voted Austria’s most beautiful place in 2015, and the Green Ring, a verdant hiking trail winding from the peaks of Lech Zürs to the summits of Rüfikopf, Madlochjoch and Kriegerhorn mountains, based on the legendary White Ring, one of the most impressive ski circuits in the Alps. The Green Ring takes hikers on a journey of the Arlberg’s local myths with wizards and witches and their enigmatic mountains. In between, visitors can enjoy the sapphire-blue mysticism of Zürsersee Lake, an enchanting waterfall and the world’s largest concentration of Edelweiss with over 2,000 flowers in bloom.

For those seeking a respite from hiking, sunbathing at the Sennhütte mountain hut while overlooking exquisite Alpine scenery or spoiling their tastebuds in one of the Arlberg’s myriad gourmet restaurants is the alternative. Each year in August and September, St Anton is transformed into a hotspot for food-lovers during the Culinary & Arts Festival. St Christoph features the Arlberg1800 Contemporary Art and Concert Hall, the highest arts centre in the Alps. For visitors who want to recharge their batteries, the annual Mountain Yoga Festival allows you to take a break from everyday life and experience the power of nature.

In the heart of Austria lies the city of Salzburg, the country’s crowning Baroque city. Salzburg Cathedral is illustrative of early Baroque architecture with its bronze baptismal font (1311) and signature lions at its base (1200). With acute observation, travellers will find 370-year-old graffiti etched into the marble entranceway. What’s most enthralling, though, is the coincidence of history: both Mozart and Joseph Mohr, the man who penned ‘Silent Night’, were christened here.

A stint with Mozart at Café Tomaselli on Alter Markt – where Wolfgang once stood with his drink of choice: almond milk – is a must before strolling through Old Town, which dates back to the musician’s lifetime with rare fidelity. A walk across the Salzach River on Staatsbrücke (Salzburg’s main bridge) takes visitors to Mozart’s former residence on Makartplatz 8, which has been converted into a museum in the composer’s honour.

An afternoon promenade through Old Town demands a stop into Café-Konditorei Fürst, the location where confectioner Paul Fürst invented a must-try delicacy in 1890: Mozartkugeln (Mozart chocolates). These treats, with a pistachio marzipan centre hand-dipped into dark chocolate nougat, are still individually produced at Konditorei Fürst.

Salzburg is also known as the home of the von Trapp family and many of the city’s most famous sights were immortalised in the 1965 film The Sound of Music. The Mirabell Palace and Gardens (think the ‘Do-Re-Mi’ scene) has a baroque beauty all its own and the Leopoldskron Palace, which served as the exterior filming location of the von Trapps’ fictional residence, has been turned into a hotel where guests can feel the melodious ambience of the musical.

Beyond the castles, cathedrals and rolling hills, the surroundings of the city invite visitors to discover unique natural wonders such as Central Europe’s tallest waterfalls, the largest ice cave system in the world and Austria’s most picturesque village with the world’s oldest salt mine, Hallstatt.

Where to stay? Salzburg has an array of exclusive hotels that range from boutique to grand, and historic.

Located in Styria, ‘the green heart of Austria’, Graz is the country’s second largest city and bears a reputation as the ‘Capital of Culinary Delights’.

Once the residence of the Habsburg dynasty in the 14th century, royalty lived in the impregnable Schlossberg castle for centuries. Today, visitors can climb the daunting 300 steps starting at the Karmeliterplatz footpath or take the funicular sharing the same splendid views. Behold the same imperial vantage from the city’s landmark, the Uhrturm, a clock tower dating from the 13th century.

In the city square, guests can tour the medieval-tiled roofs intersecting with late-Renaissance architecture from Italian architects and artists who controlled the city’s design in the 16th century. Visitors can also step back in time and into battle at the Styrian Armoury, the world’s largest historic armoury which houses 32,000 pieces accumulated over three centuries.

A visit to Graz would not be complete without exploring the food scene to find out how the city got its nickname. The ‘local sights’, such as pumpkin-seed oil or runner beans, are best explored at the Kaiser Franz Joseph Markt, a farmers’ market that has supplied fresh produce since 1883. Due to its mild climate in Austria’s southeast, Styria also produces a variety of brilliantly fresh and elegant wines. The local wine taverns just outside of Graz serve home-grown Sauvignon Blanc, the region’s signature grape, as well as hearty Styrian cuisine. The artisanal chocolate factory of manufacturer Zotter spoils visitors with a sweet tooth. The exceptional creations are largely made by hand and can be tasted in all stages of productions.


This content was produced in partnership with Austria Tourism. For more information on visiting Austria visit the official site.

Vienna: Take a spin in the uncontested ball capital of the w... 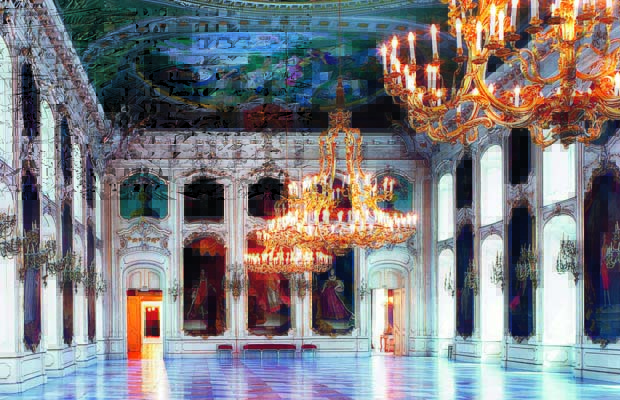