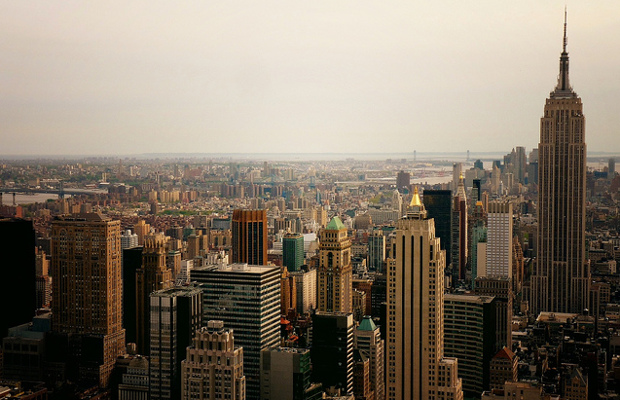 It’s no surprise that The City That Never Sleeps has more than few hidden secrets.

If you take a closer look at the houses lining Joralemon Street in Brooklyn Heights you might be able to spot the fake red-brick brownstone at number 58! The building actually functions as a subway ventilator and emergency exit. As of 2010 it was valued at $2.8 million. The fake townhouse is not the only MTA decoy in NYC, and London and Paris have also installed similar facades on their streets.

Designed by Chicago’s Daniel Burnham in the Beaux-Arts style on a triangular island block at 23rd street, Fifth Avenue and Broadway, the Flatiron building was one of the tallest buildings in New York upon its completion in 1902. Still an architectural wonder and a popular tourist attraction, most travellers are unaware that the aerodynamic shape of the building led to a wind-tunnel effect that can raise women’s skirts in the streets surrounding it. In the early 1900s, local men used to flock to the nearby cafes and vendors to try and catch a glimpse! 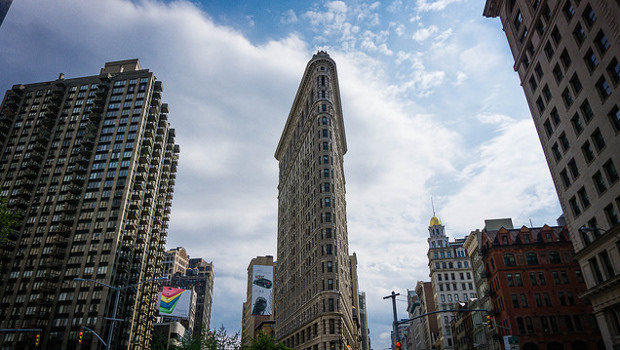 The Waldorf-Astoria is a Big Apple icon in its own right and has always embodied the heights of New York glamour, but if you scratch beneath the surface of the luxury Art-Deco hotel you will find an abandoned train track. The now barren Track 61 once served as a discreet means of transport for the hotel’s VIP guests, most notoriously Franklin J Roosevelt to hide his paralysis, and is speculated to have played host to Andy Warhol’s mysterious underground parties in 1965.

Located at 32 Spring Street in the Nolita borough of Manhattan, Lombardi’s Pizza opened in 1905 and has been acknowledged by the Pizza Hall of Fame as the first pizzeria in the United States. Originally opened as a grocery store in 1897 by Gennaro Lombardi, it was popular amongst locals for selling tomato pies to the workers from the area’s factories. It is well-known for not selling slices (only whole pies made to order) and for its 5c whole pizzas when commemorating its anniversary. 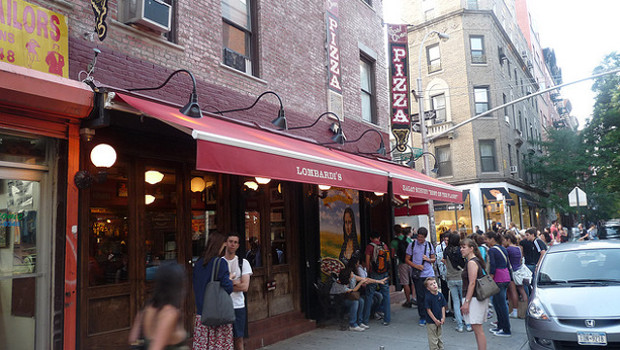 If you’re looking for a quirky, grungy, and somewhat bizarre art experience in New York City, then the exhibition space on the abandoned freight elevator in Tribeca is the ultimate. ‘Museum’ opened in 2012, is only 80 square feet (fitting three to four people at a time) and is covered by a pair of unmarked, iron doors. Its collection is as unconventionally unprecedented as the space itself, including a shoe that was thrown at President George Bush in 2008.

Housing more than 1000 businesses and approximately 27,000 employees per day, the Empire State Building is the second-largest single office complex in America following the Pentagon, and so important it has its very own ZIP code, 10118.

Located at 15 East 7th Street in the East Village, McSorley’s Old Ale House is the oldest Irish tavern house in the city and known for being one of the last “Men’s Only” pubs, only admitting women after being legally forced to do so in 1970. The rustic interior is reminiscent of Olde New York: no piece of memorabilia has been removed from the walls since 1910 and the bar is scattered with historical paraphernalia, including the remaining hanging wishbones above the bar that were tied by soldiers going to World War I, only to be removed once they returned. McSorley’s flamboyant motto is “Be good or be gone”, a replacement to its original catchphrase “Good Ale, Raw Onions and No Ladies.” 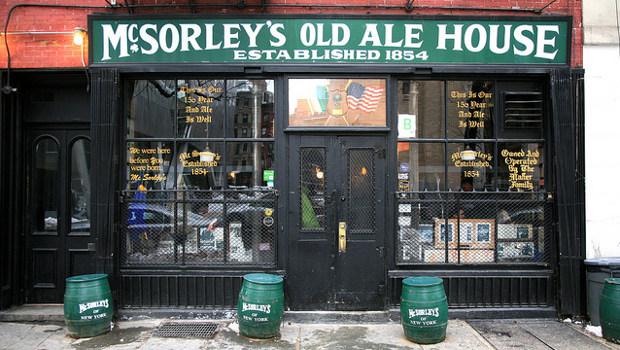 Forget the MoMA , the Guggenheim and the Met – NYC’s subway is one of the city’s most impressive art gallery’s hidden in plain sight. Pieces by Roy Lichtenstein, Sol LeWitt and Al Held line the walls of the throughout the MTA’s 468 stations, but one of the most extraordinary artworks is almost impossible to see: in 1980 Bill Brand installed the Masstransiscope in an abandoned station on the Brooklyn side of the Manhattan Bridge. Riders taking the B or Q train can see the artwork, but blink and you’ll miss the kaleidoscope mural! 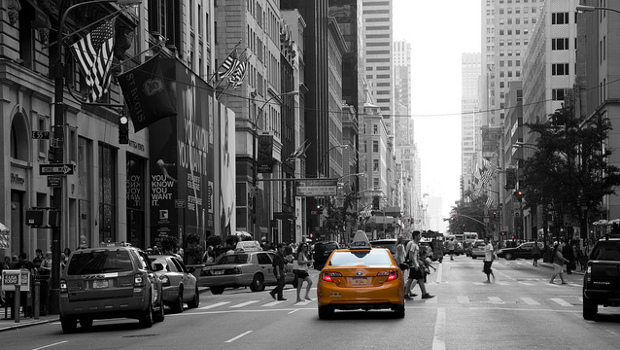 The 20 most anticipated luxury hotel openings of 2021