50 most romantic places to stay

1. Shangri-La Hotel Paris
Paris Parisian grandeur meets a subtle Asian influence (with Pierre-Yves Rochon finesse) behind the Belle Époque façade of this Palace hotel near the Seine. Dine on French finery in L’Abeille and a Cantonese feast in Shang Palace. Enjoy panoramas from the Duplex Terrace Eiffel View Suite or a private topfloor enclave in La Suite Shangri-La.

Add a little art to your romantic getaway in the Philippe Starck-designed interiors of this masterpiece. Relax in the Spa My Blend by Clarins and treat yourself with one of Pierre Hermé’s desserts. Pastels bring an air of cool refinement to the 149 rooms and suites. 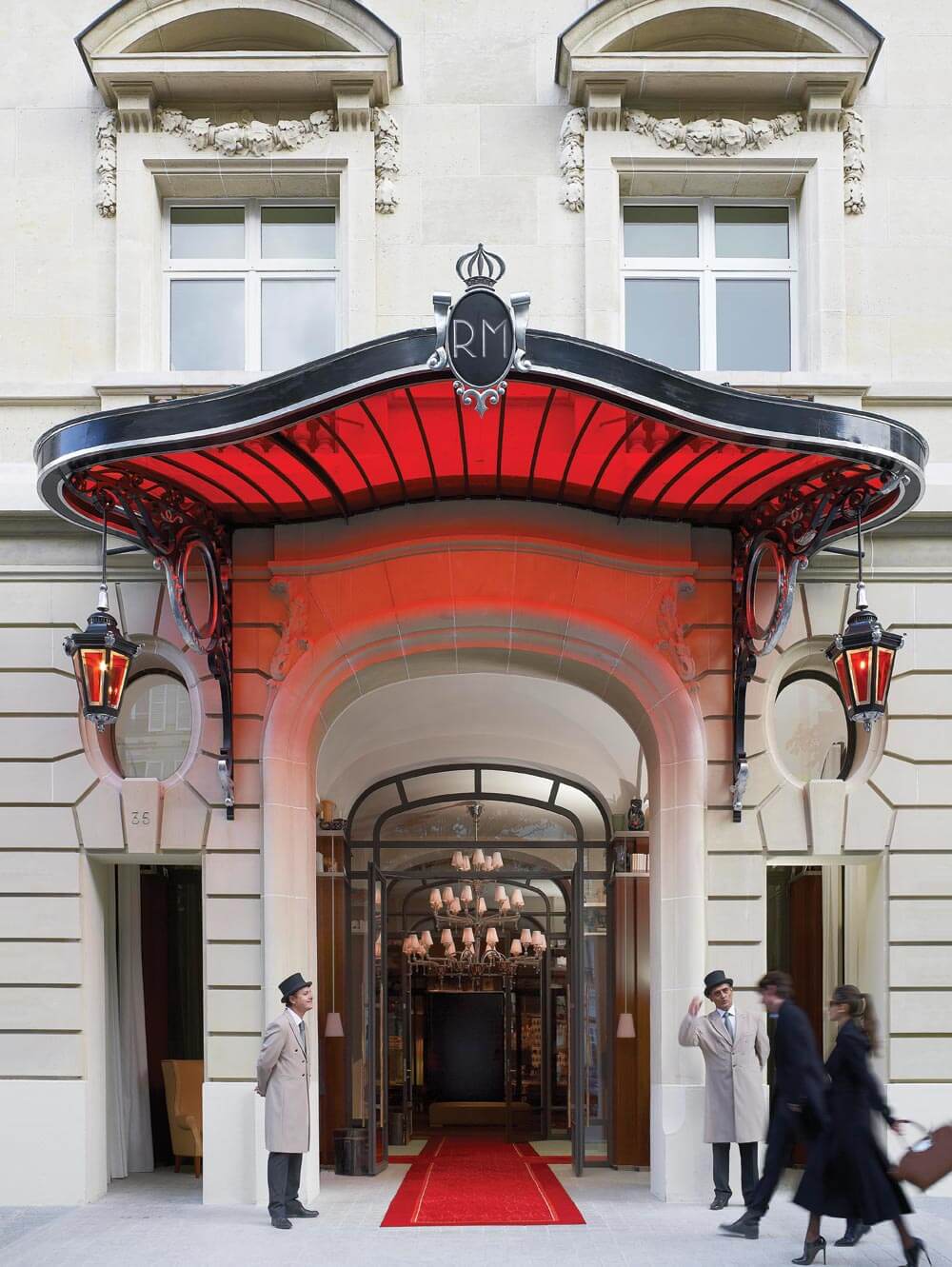 This icon was reborn last year after shutting its doors for the first time, embedding modern technology within the silk and gilt edges of its 142 rooms and suites. Sip on a tantalising cocktail creation in the legendary Bar Hemingway, and dine in splendour in Nicholas Sale’s haute cuisine temple, L’Esapdon.

Peninsula’s first European hotel is a paragon of Beaux Arts style. The building’s history is honoured in marble halls, the oak-panelled Bar Kléber and the vintage aviation theme of L’Oiseau Blanc restaurant. Head to the roof for romantic views of the Eiffel Tower during an exclusive dining terrace made for two at The Secret Table.

Eighteenth-century splendour is given a Philippe Starck twist, inspired by the art of loyal guest Salvador Dalí, at this Palace hotel near the Louvre. Each of the seven floors features its own theme, and rooms with a view of the Tuileries Garden are the most coveted. As an added delight, Alain Ducasse oversees the culinary offerings. 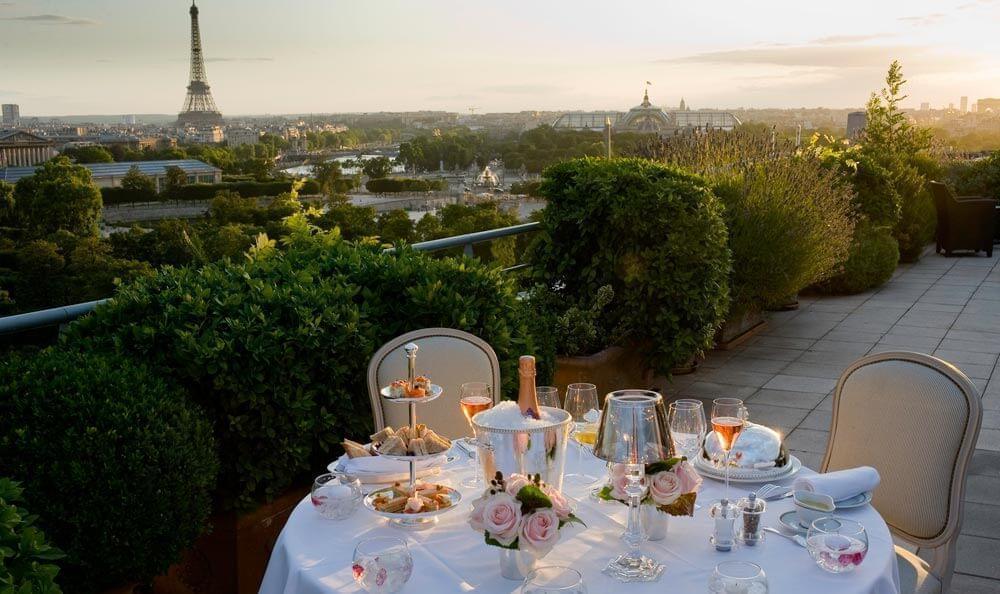 If you’re looking for the quintessential Parisian grande dame experience, look no further than Le Bristol. Its appeal is all in the detail, from wrought-iron finishes and Gobelins tapestries to a courtyard garden and resident pampered puss, Fa-Raon. Choose the Honeymoon Suite for panoramic views from your balcony.

Haute couture style is the hallmark of this Dorchester Collection hotel, a stunning blend of French Regency and Art Deco design. The Eiffel Suites offer iconic views of the landmark, best enjoyed with a glass of champagne, while pescatarian cuisine reaches its apogee at opulent ultra-modernist Alain Ducasse au Plaza Athénée.

There are two castles that make up this retreat outside Paris. The first is the elegant wing restored in the 19th century, home to 29 suites, while the second is the ruin of a 13th-century fortress, adding to the air of romanticism. Tour the wine cellars then head further afield to the legendary Champagne houses to toast your love.

The Côte d’Azur is a byword for style, hedonism and languid summers spent beside the pool, with few hotels as celebrated as this Cap d’Antibes institution. Dine on Mediterranean classics at Eden-Roc Restaurant, and swim a few laps in the infinity pool, carved out by dynamite in the early 20th century.

Why the new 2013 Moët & Chandon grand vintage is superb drinking

Want to know what it’s like to stay in Paris’ most exclusive hotel? Here’s the ins...