The Lamborghini Urus Super SUV will make its public UK dynamic debut at the 2018 Goodwood Festival of Speed. Displayed at the Lamborghini village alongside the new Lamborghini Performante Spyder – the convertible version of the record-breaking coupé – the Urus will also run ‘up the hill’.

Lamborghini super sports cars making the hill climb include the Centenario Roadster: one of a limited edition of 20 produced together with 20 coupés. With a start price of two million euros, the Centenario was created to celebrate the 100th anniversary of Ferruccio Lamborghini’s birthday, and all sold prior to launch.

The Centenario is joined in the supercar paddock by the Huracán Performante and Spyder, as well as the Aventador S Coupé and Roadster. 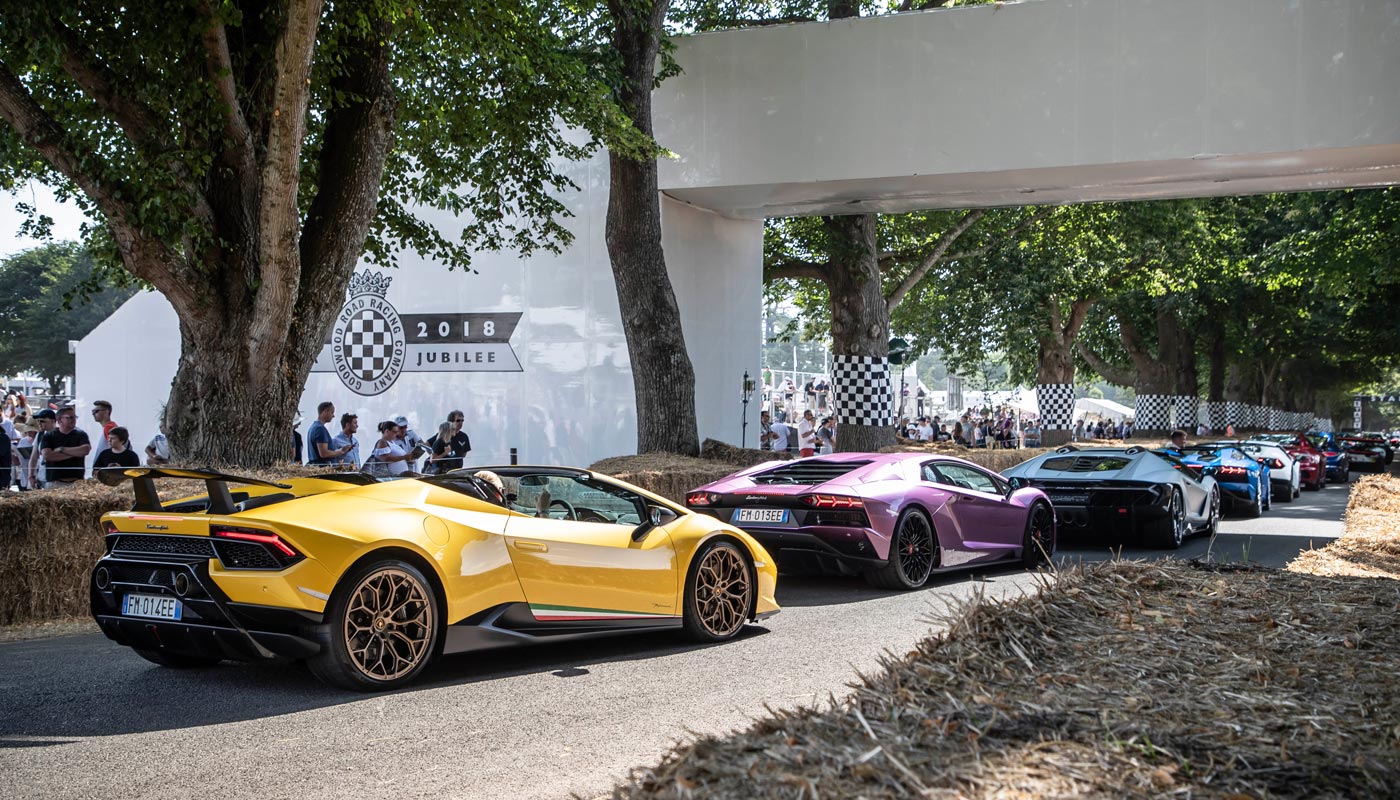 Supercar Tour d’Italia: Ferrari vs Lamborghini vs The Worl...